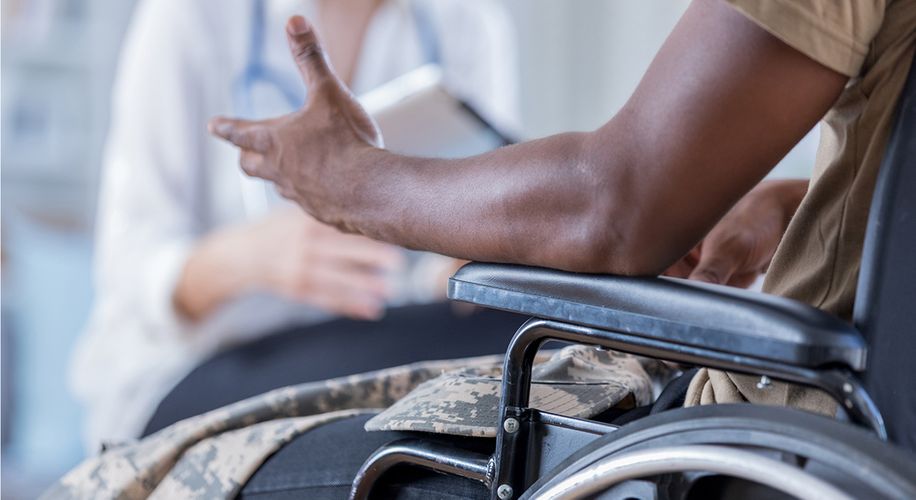 A new piece of legislation introduced in Congress last week is seeking to authorize and instruct the U.S. Department of Veterans Affairs to research medical marijuana for use in the treatment of post-traumatic stress disorder and chronic pain in American soldiers returning from war.

Officially presented to Congress on April 16th by the legislation's authors Rep. Tim Walz (D-MN) and Rep. Phil Roe (R-TN), HR5520, or the VA Medicinal Cannabis Research Act, would, if passed, instruct the notoriously prohibitionist federal agency to "conduct and support research relating to the efficacy and safety of forms of cannabis." And in just one week's time, the veterans cannabis research bill has already amassed co-sponsorship from 39 legislators representing both sides of the political aisle.

In an interview with National Public Radio, Rep. Walz called out the VA's long held intentional ignorance of all things medical cannabis, while offering hope for the future of veterans care through his new legislation.

"Veterans feel like they're forced to be criminalized simply because they live two miles west of where they could've been," Rep. Walz told NPR about barriers in America's current piecemeal medical marijuana system. "And I feel that Attorney General Sessions knows that if the VA does this and the VA starts prescribing, well, then we have medicinal cannabis in all 50 states and territories."

Because the department is wholly reliant on federal funding, past VA Directors have both passively and actively rejected medical cannabis as a treatment option for veterans suffering from PTSD, chronic pain, and other post-war ailments, even in the face of an ongoing prescription painkiller and opioid addiction epidemic that has devastated the veteran community.

Earlier this year, the agency's most recent director, David Shulkin, dismissed efforts from Walz and other legislators to push VA cannabis research, saying that he would not look into the plant further because marijuana has the potential to cause "suicide risk, mania, or psychosis" in veterans. Shulkin has since been fired by president Trump, with his suggested replacement not yet confirmed.

For Rep. Poe, who chairs the House Committee on Veterans' Affairs, exploring medical marijuana through the agency's well-funded and expertly-staffed research programs is a no-brainer when it comes to helping soldiers avoid the dangers of pharmaceutical opioids and their narcotic counterparts.

"As a physician, I am keenly aware of the need to look for opioid alternatives to treat patients' chronic pain," Rep. Roe said. "Since serving as Chairman of the House Committee on Veterans' Affairs, I've heard from many veterans, both with physical and invisible wounds, who believe medical cannabis could benefit them. This is why I support the department researching cannabis just like any other drug to see if this alternative therapy would truly benefit patients. Until we have sound science behind whether or not medical cannabis is an effective treatment, we should not move forward with prescribing it, and I believe VA is uniquely equipped to conduct this important research."

Since being introduced last week, the VA Medicinal Cannabis Research Act has been referred to the House Committee on Veterans' Affairs, where Poe's leadership is expected to carry even more favor. The medical marijuana research bill has already garnered the official support of the country's largest veterans' organization, the American Legion.