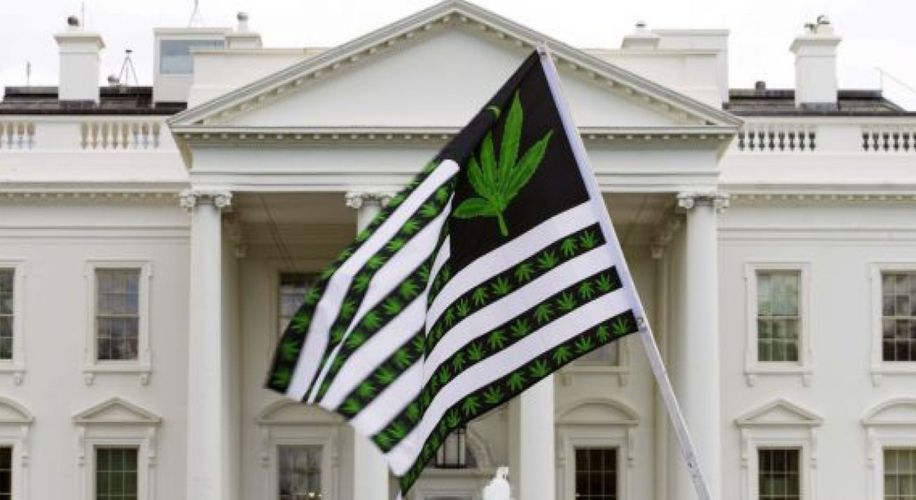 Congress Finally Discussed Legalizing Weed, But How to Do It Is Another Issue

Both Democrats and Republicans agree that it's time to change the nation's weed laws. Of course, they can't agree on how to actually pull that off.

Both Democrats and Republicans agree that it's time to change the nation's weed laws. Of course, they can't agree on how to actually pull that off.

This Wednesday, a Congressional committee convened to discuss the best way to finally put an end to federal cannabis prohibition. During this historic meeting of the House Judiciary Crime, Terrorism, and Homeland Security Subcommittee, lawmakers from both political parties agreed on the necessity of cannabis reform. Rep. Tom McClintock (R-CA) told his fellow lawmakers that ending marijuana prohibition “may be one of the very few issues upon which bipartisan agreement can still be reached in this session,” Leafly reported.

Unfortunately, this is where the consensus ended. Lawmakers were unable to agree on a number of important issues, including: social equity for victims of the War on Drugs, the merits of rescheduling versus descheduling cannabis, and public health issues that might arise as a result of nationwide legalization.

In her opening statement, Judiciary Committee Chairwoman Karen Bass (D-CA) said that “the War on Drugs was racially biased from its inception and has been carried out in a discriminatory fashion with disastrous consequences for hundreds of thousands of people of color and their communities,” according to Marijuana Moment. Rep. David Cicilline (D-RI) cited figures stating that people of color are around four times as likely to be arrested for cannabis crimes as white people nationwide.

Several lawmakers proposed ideas to address these inequalities, ranging from plans to automatically expunge former pot convictions to social equity programs designed to help people of color start their own cannabis businesses. McClintock disagreed, accusing Democrats of playing “the race card” and attempting to use the issue of legalization to “divide Americans along racial lines.”

Judiciary Committee Chairman Jerrold Nadler (D-NY) countered by pointing out that “marijuana laws had been done in a racially disparate matter... To point that out and to seek to cure that is not to inflame racial divisions. It’s simply to point out a fact of life and try to cure it.”

Much of the debate revolved around the STATES Act, which would prevent the federal government from interfering with states that legalize medical or adult-use cannabis. “The most immediate path to resolving the state-federal cannabis conflict is passage of the STATES Act,” said Neal Levine, CEO of the Cannabis Trade Federation and the Republican party's sole witness at the hearing. “Immediate passage of the STATES Act could also help spur economic activity in disadvantaged areas in our country.”

Several proponents of legalization are actually opposed to this bill, as it does not deschedule cannabis federally, nor does it include social equity measures. Baltimore State's Attorney Marilyn Mosby — who announced that her office would stop prosecuting weed possession cases earlier this year — testified that she was opposed to the STATES Act for these reasons. “We have to go beyond decriminalization,” she said, according to Marijuana Moment. “We have to actually legalize this drug.”

Despite its flaws, some legislators said that they were willing to support the STATES Act as a stopgap measure until more robust legalization laws could be prepared. “My deep concern is that concerns over how far to go on some of the restorative elements of our policy could divide our movement,” said Rep. Matt Gaetz (R-FL). “If we further divide out the movement then I fear that we’ll continue to fall victim to that which has plagued other Congresses where we don’t get anything done.”

Although the committee failed to agree on a concrete road to legalization, the fact that a panel of US lawmakers were able to calmly discuss legalization without getting lost in “gateway drug” myths and fear mongering is truly historic. “Everything in politics seems impossible until it happens,” Rep. Ted Lieu (D-CA) said, Leafly reported. “If 15 years ago I were to tell you, ‘In 15 years we would have gay marriage in 50 states and, in some of those states, we’d be smoking weed,’ you’d think I was crazy. But that is, in fact, what is happening now.”

“Not since the days of Harry Anslinger has cannabis been such a serious topic on Capitol Hill,” said Don Murphy, director of federal policies for the Marijuana Policy Project, according to Marijuana Moment. “With bipartisan support in both chambers, there is no good reason why Congress cannot address this issue before the 2020 election.”