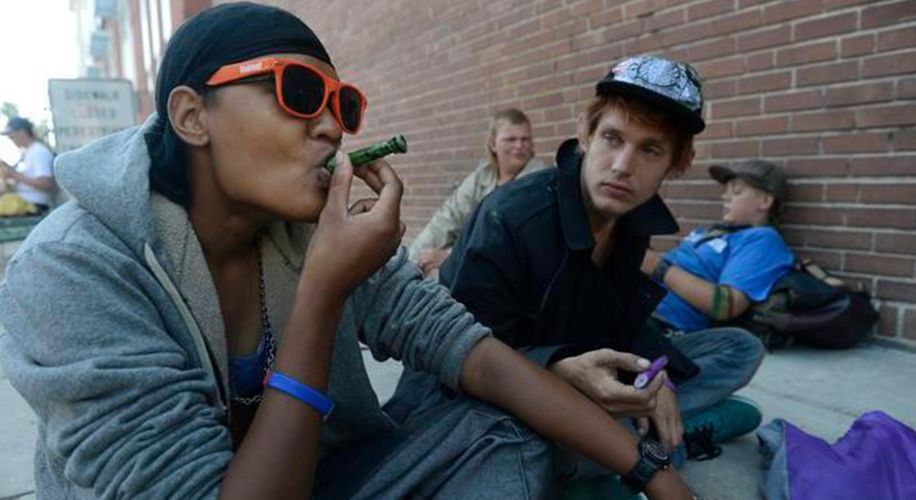 Could Cannabis Legalization in Colorado Correlate With Increased Homelessness?

Some have attributed the 8% uptick of homelessness in Colorado to the state’s recreational system.

Some have attributed the 8% uptick of homelessness in Colorado to the state’s recreational system.

The billion-dollar recreational cannabis industry in Colorado has provided countless benefits for the state, including the generation of an abundance of tax revenue destined for use in public education, mental healthcare, and law enforcement.

However, some believe the Rocky Mountain State’s lax marijuana laws could also be causing an increase in Colorado’s homeless population. Since recreational legislation was implemented in 2013, the state has seen an 8% uptick in homelessness.

There many potential contributing factors to this noticeable surge, some of which could stem directly from the booming cannabis market. While some homeless people may travel through Colorado just to have better access to cannabis, a sizable portion have migrated in hope of finding employment in the industry, which has proven more difficult than expected.

The state’s economic boom has led to an influx of over 100,000 new residents just in 2015. Aside from the legal cannabis industry, Colorado’s relatively low unemployment rate and access to healthcare have helped contribute to this mass migration. Marijuana tourism ha alsos caused occupancy rates in hotels to skyrocket, leaving even the low-cost options too expensive for those struggling to just get by. The potential impact of cannabis use on people with mental illnesses has also been a cause for concern.

“There’s no question that marijuana and other drugs – in combination with mental illness or other disabling conditions – are essential contributors to chronic homelessness,” Governor John Hickenlooper recently said in his State of the State address.

To overcome the increasing plight of homelessness, Gov. Hickenlooper has suggested using last year's cannabis taxes and fees towards homelessness programs and shelters.

In Denver, violent crimes committed by homeless people under the influence of marijuana exist, but have been very uncommon. Some residents who have been forced out onto the street, such as longtime Denver resident Annie Mae Noel, claim that using cannabis has helped treat her MS, and has absolutely nothing to do with the fact she’s currently homeless.

“Most of my adopted friends and family, we all smoke pot, and we try to get together as often as we can and share. If one doesn’t have weed, we make sure they’re provided for. We take care of each other. We like to call it our altitude adjustment,” she said.

While there is currently no knowing the extent that legalized cannabis correlates with increased homelessness in Colorado, it should become clearer as more states implement their own recreational legislation. Even if some causality can be argued, the government could resolve the issue by using cannabis tax revenue to help combat homelessness throughout the state.