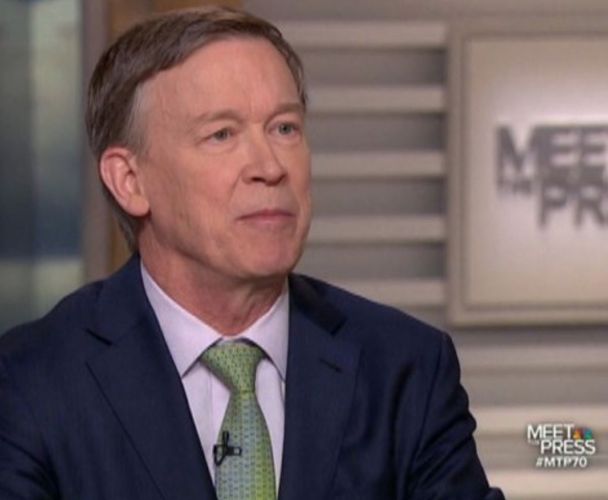 Once a hardcore opponent of the marijuana legalization movement, Colorado Governor John Hickenlooper appears to be slowly changing his tune with respect to what it means to legalize the leaf for recreational use. In recent interviews, the governor of the first legal jurisdiction in the United States now says he’s “close” to giving it his full support.

“You know, at first, I opposed it,” Hickenlooper said Sunday on NBC’s “Meet the Press.” “And most elected officials did. But our voters passed it 55-45. It’s in our Constitution. [And] I took a solemn oath to support our Constitution.”

Earlier last week, in response to the Trump Administration signaling the coming of a recreational marijuana crackdown, Hickenlooper said it would be a drastic mistake to pull the plug on legal weed.

"I think it's the wrong time to pull back from this experiment, and if the federal government's going to come and begin closing in and arresting people that are doing what's legal in different states, my god, it creates a level of conflict that's going to be very difficult," Hickenlooper told MSNBC on Friday.

"So we're, we are trying to regulate and enforce public safety around both medical marijuana and recreational marijuana as aggressively as we possibly can."

Although Governor Hickenlooper previously stated that he thought marijuana legalization was a “bad idea,” it seems he has come to see that this level of drug reform actually works.

When asked on Meet the Press whether he would support Amendment 64 if it were on the ballot today, Hickenlooper said, “I’m getting close.”

“I mean, I don’t think I’m quite there yet, but we have made a lot of progress,” he told moderator Chuck Todd. “We didn’t see a spike in teenage use. If anything, it’s come down in the last year. And we’re getting anecdotal reports of less drug dealers. I mean, if you get rid of that black market — you’ve got tax revenues to deal with, the addictions and some of the unintended consequences of legalized marijuana — [but] maybe this system is better than what was admittedly a pretty bad system to begin with.”

So far, the Trump Administration has not released any definitive plans designed to tear down the cannabis industry.