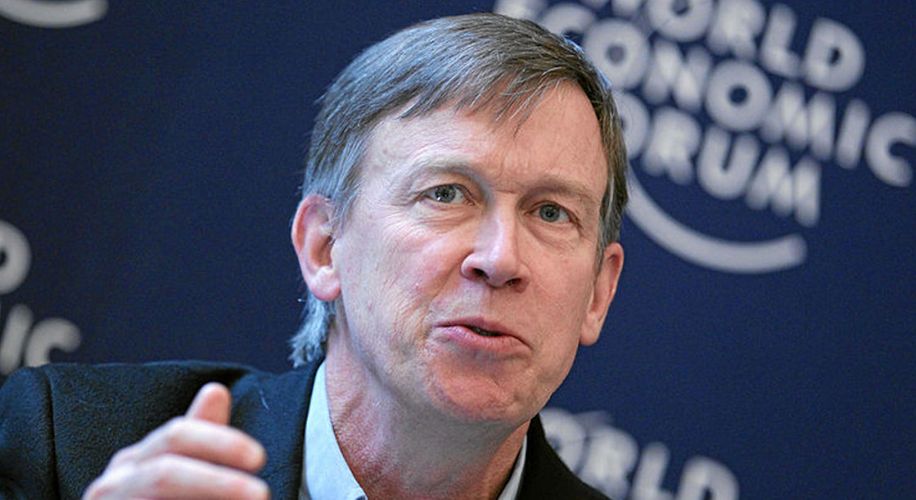 Governor John Hickenlooper says the Justice Department’s hands are too full to worry about legal marijuana.

Governor John Hickenlooper says the Justice Department’s hands are too full to worry about legal marijuana.

Although there remains a great deal of uncertainty with respect to whether U.S. Attorney General Jeff Sessions will impose a federal crackdown on the legal marijuana industry, a recent interview with Colorado Governor John Hickenlooper suggests that the Justice Department may already have its hands too full with other, more pressing matters to give much, if any, attention to the legal cannabis industry.

On Wednesday, Hickenlooper told MSNBC’s Chuck Todd that after meeting with Attorney General Sessions, he doesn’t believe the federal government is going to step in and pull the plug on legal weed. He said Sessions was more than willing to listen when he told him that Colorado has not seen a significant increase in teenage marijuana consumption since legalization, and that he got the feeling that while Session isn’t likely to change his personal opinion of marijuana, he has other priorities.

Hickenlooper said that at one point, [Sessions] told him, “Well, you haven’t seen us cracking down, have you?” adding that his interpretation of the comment is that the Justice Department has its hands too full combatting heroin, methamphetamine and cocaine to put much energy into anything else. But that is not to say that Sessions will be “cutting any slack to marijuana,” he said.

Ever since Sessions took over as the leading law enforcement hammer in the United States, he has made it one of his primary missions to express his disdain concerning the legalization of marijuana. Furthermore, statements coming from White House press secretary Sean Spicer have suggested that some level of increased marijuana enforcement could soon erupt in jurisdictions that have gone against the grain of federal law and made the substance part of legal commerce.

To make the situation even more questionable, Sessions recently announced the formation of a task force responsible for evaluating existing policies, including those pertaining to marijuana. The main concern with respect to this action was that the Justice Department was going to use this review as a reason to scrap the Obama administration’s Cole Memo, the document behind the “hands off” approach to statewide legalization,” and come up with a new set of rules – be it more restrictions or complete and total prohibition.

But Hickenlooper says that Sessions is a “pretty strong supporter of states being laboratories of Democracy,” so even while he is about as anti-drug as they come in Washington D.C., he probably will not lash out against legalization as severely as the media has suggested.

"He didn't give me any reason to think that he is going to come down and suddenly try to put everyone out of business," Hickenlooper said.

However, Hickenlooper was quick to point out that Sessions and his cronies within the Justice Department are certainly not going to permit any illegal activity to take place within the legal sector. This means that if your legal marijuana operation is responsible for distributing pot products across state lines, you’ll most likely be one of the first to feel Sessions’ wrath.

For now, the best advice the governor has for those folks involved in the business of legal marijuana: “Be absolutely clean.”