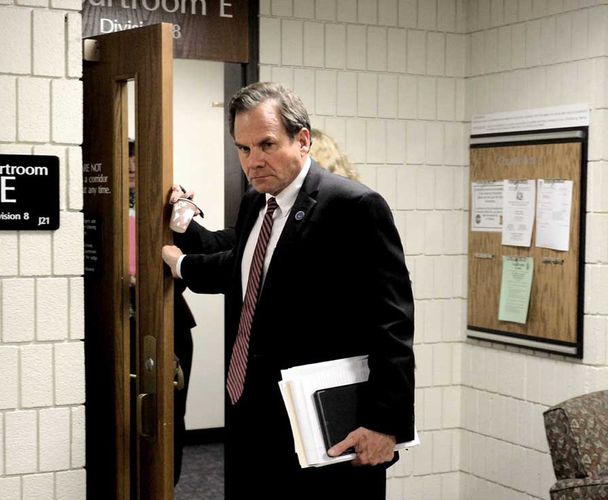 The cannabis industry is still at risk of being shutdown.

The cannabis industry is still at risk of being shutdown.

When President Donald Trump needs guidance on marijuana policy in the United States, he will look to a panel of 14 district attorneys from across the nation.

Incidentally, one of the advisors selected by the National District Attorney’s Association to keep the Trump Administration in the know with respect to legal weed is Boulder District Attorney Stan Garnett – the only legal eagle from Colorado to be thrown into the mix.

“It’s a reflection of the NDAA’s interest in having a fairly balanced committee, which will be largely advising on what our policy position should be in communications with the Trump Justice Department,” Garnett told the Boulder Daily Camera.

While the panel’s primary responsibility will be to inform Trump on marijuana policy changes happening across the country, Garnett says it is important for him to be on the team in order to properly articulate what is really happening out there when it comes to legal weed.

“I always end up in the more liberal position than anyone else, particularly on marijuana,” Garnett said. “I think one of the things that happens is that many of the people in states where there is no legalization have a complete misunderstanding of states like Colorado. If nothing else, I’m able to say, ‘Wait a minute, this is a huge business in Colorado, it is largely supported by the editorial boards, polls show it was being very popular, and by and large we have not seen an impact on crime rates.

“For somebody from Missouri or South Carolina to tell Colorado how to handle an issue of its own choice like legalization of marijuana is not only bad policy, but it fails to respect the importance of local control and state rights,” he added.

According to Garnett, the first order of business for the DA panel was to send letters to the governors of legal marijuana states and give them 90 days to shut down the cannabis industry. But he stood against such action.

“I thought that was a particularly unrealistic and ill-advised idea, and I was not shy about saying that,” Garnett said.

That isn’t to say that such a move is not possible if Alabama Senator Jeff Sessions is confirmed as the next U.S. Attorney General. Session recently said that he “will not commit to never enforcing Federal [marijuana] law.”

However, Garnett is of the opinion that “it would be a highly unpopular move and difficult to accomplish successfully.”

Still, he admits that neither he nor anyone else on the DA panel knows what “to expect from the Trump Administration on this issue.”