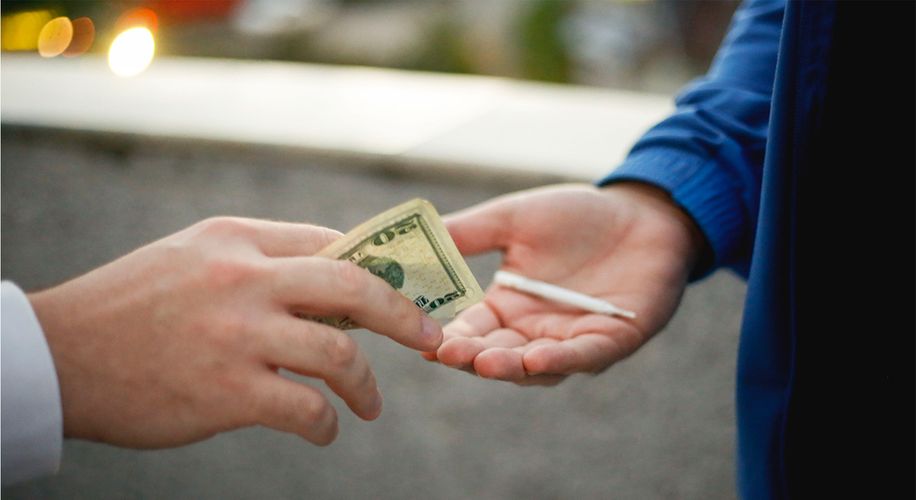 The 19-year-old black market entrepreneur used an image of the Geico gecko mascot and listed his dorm number on flyers advertising edibles and THC vape cartridges.

The 19-year-old black market entrepreneur used an image of the Geico gecko mascot and listed his dorm number on flyers advertising edibles and THC vape cartridges.

A run-of-the-mill dorm room drinking party at Pennsylvania’s West Chester University this week ended in a unique drug bust, when police discovered a stack of paper flyers advertising an illegal cannabis business run out of the same residence hall.

According to reports from the Daily Local and the Philadelphia Inquirer, as the party raged, 19-year-old Zachary Austin Given was asleep in an adjoining dorm room. Once local cops had finished ticketing the drinkers in the same suite, they inquired about the room next door, and were given permission by the other students to enter. After waking Givens, cops said they found multiple vape cartridges and a pile of flyers next to his bed.

On the flyers, a photo of the Geico Insurance gecko mascot was pictured next to an advertisement for fellow students: “Yerrrrr if you need edibles or carts hit up your neighbor Zac in [room] 301,” followed by Given’s Snapchat username.

With the flyers in hand, West Chester cops called in a drug sniffing dog and eventually uncovered an unspecified amount of cannabis bud, five THC-infused cookies, a box of vape cartridges, a bong, and a ledger noting $45 to be paid on Friday in exchange for a “Grape Cake cart.”

And while little has been made of the underage drinking that incurred tickets in the next dorm room, a university spokesperson has already made a public statement condemning Givens and crediting the tattle tales who alerted officers in the first place.

“As a public safety practice, the university community is often reminded, ‘If you see something, say something,’” West Chester University spokesperson Nancy Santos Gainer said, according to the Inquirer. “The university applauds the individual who called in the tip, and WCU police officers who took immediate action to cease the unacceptable activity.”

Givens posted 10 percent of a steep $50,000 bail bond shortly after his arrest, and was released until his forthcoming trial.