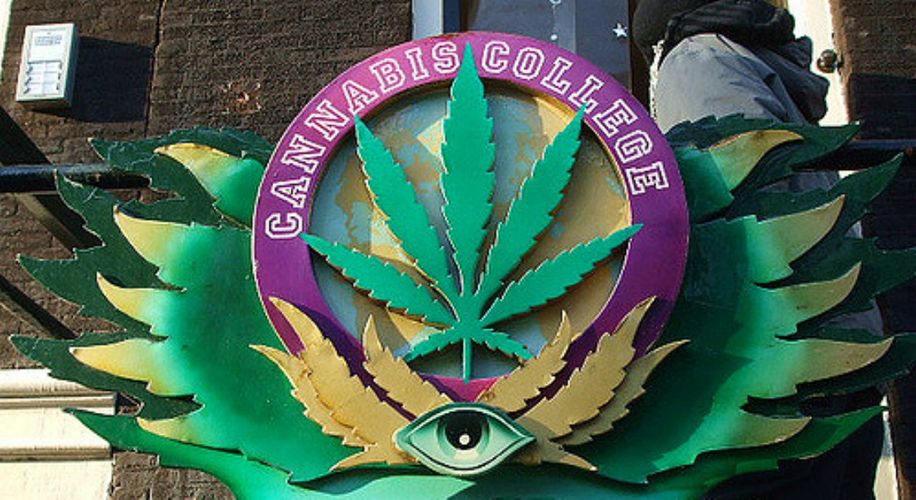 The brick and mortar institution for cannabis education is a step in the right direction for Ohio’s marijuana industry.

The brick and mortar institution for cannabis education is a step in the right direction for Ohio’s marijuana industry.

Ohio legalized medical marijuana in 2016, but regulations for dispensaries haven’t been finalized yet, and retail sale and cultivation won’t be approved until at least next year. But that hasn’t stopped one entrepreneurial Ohioan from diving headfirst into the state’s burgeoning cannabis industry.

"Ohio's really setting the bar for the laws in medical marijuana -- they're treating it like a medicine unlike some states out west," Pine told the Plain Dealer. "What we aim to do is share the scientific facts about cannabis with as many people as possible."

But, like any form of higher education, the Cleveland Cannabis College will come at a price. Tuition will cost you $1,000 per six-week class or $5,200 for the full program, which amounts to 135 hours of total class time.

Those classes won’t keep you forever in debt, though. Pine says that the school will guarantee job placement in the cannabis industry within six months of graduation, and while taking classes, students will be connected with possible internships and employment opportunities.

And while Pine’s school does have a permanent physical location, it isn’t quite an ivory tower, at least not yet. The Cannabis College operates out of a traditional office building, where Pine says the only complaint he’s heard is from someone offended by the weed leaf poster visible through the office window.

Richard doesn’t seem to be bothered though, his ultimate goal is to prove to the people of Ohio that the stigma surrounding weed is outdated and wrong, and if anything can scrub away the slander surrounding weed, Pine’s hoping it will be increased education and visibility.

"We want to educate them that this is not a bunch of dirty hippies running around smoking bongs and listening to Bob Marley," Pine said.

Classes at the Cleveland Cannabis College start next week.