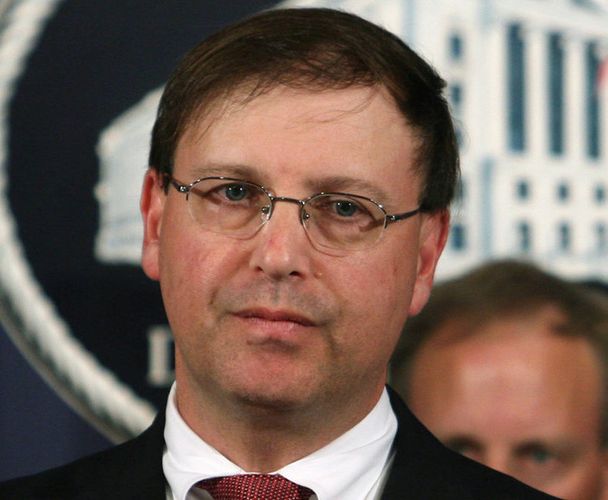 Chuck Rosenberg Will Stay On as Head of the DEA

You know, the guy who said medical marijuana was a joke!

You know, the guy who said medical marijuana was a joke!

When it comes to enforcing control on the substances being distributed throughout the nation, the Trump Administration is picking up where former President Obama left off by putting its faith in the work of DEA Administrator Chuck Rosenberg.

Earlier last week Press Secretary Sean Spicer confirmed that Rosenberg would stay on as the head of the U.S Drug Enforcement Administration. In an interview with NPR, Spicer said the decision to keep Rosenberg and a number of other Obama staffers was in the interest of keeping the government fully functional as President Trump breaks in his new seat in the Oval Office.

Unfortunately, this does not give the marijuana reform community much hope of seeing any significant changes to the current Schedule I listing of the cannabis plant. After all, it was Rosenberg who made the call last year not to downgrade marijuana to a lesser classification. The nation’s leading drug enforcer said the “decision isn’t based on danger. This decision is based on whether marijuana, as determined by the FDA, is a safe and effective medicine… and it’s not.”

But then again Rosenberg has never really had much faith in the concept of the cannabis plant healing the sick.

"What really bothers me is the notion that marijuana is also medicinal -- because it's not," Rosenberg told CBS News. "We can have an intellectually honest debate about whether we should legalize something that is bad and dangerous, but don't call it medicine -- that is a joke."

However, science begs to differ.

Last week, the National Academies of Sciences, Engineering and Medicine, which consists of the nation’s leading scientific authorities, published a detailed report entitled “The Health Effects of Cannabis and Cannabinoids,” which states that the cannabis plant does, in fact, have medicinal properties.

The report, which pulled from around 24,000 scientific studies, found marijuana shows promise in the treatment of chronic pain and nausea. But it did go on to say that there is not enough evidence to support it as a cure for cancer or treatment for epilepsy.

Researchers blame the federal government’s willingness to keep marijuana bound by its Schedule I classification for jamming up scientific progress with respect to further studies.

“There is a clear need to establish what is known and what needs to be known about the health effects of cannabis use,” the report concludes.

Did you hear that Rosenberg?