NEWS
Charlie Sheen Is Still ‘Winning’ with New Weed Brand, Sheenius
AD
The “Two and a Half Men” actor has had his ups and downs over the years. Now, he’s aiming higher than ever.
Published on April 2, 2019

Charlie Sheen, the actor who once infamously told the nation he had “tiger’s blood” flowing through his veins, is rolling out his own weed brand, aptly named “Sheenius.”

Last week, the Two and a Half Men actor announced the company’s launch in a video for DailyMailTV. In it, he noted that pot shops sell weed strains bearing his name, but he wasn’t cut in on the sales.

“It’s all bootlegged essentially, I've never made a nickel off of it,” he said in the video. “That didn't seem fair.” 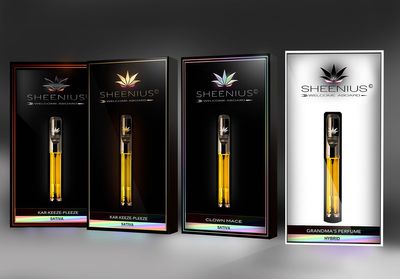 Sheen, 53, may have chilled after a year of sobriety, but his trademark bluntness remains.

The website’s text was no longer available at the time of this writing.

NEWS
420
CELEBRITIES
PRODUCT
MORE...
Randy Robinson
FOLLOW
Based in Denver, Randy studied cannabinoid science while getting a degree in molecular biology at the University of Colorado. When not writing about cannabis, science, politics, or LGBT issues, they can be found exploring nature somewhere in the Rocky Mountains. Catch Randy on Twitter and Instagram @randieseljay
Share this article with your friends!
AD
By using our site you agree to our use of cookies to deliver a better experience.
Accept
Decline
MORE FROM MERRY JANE