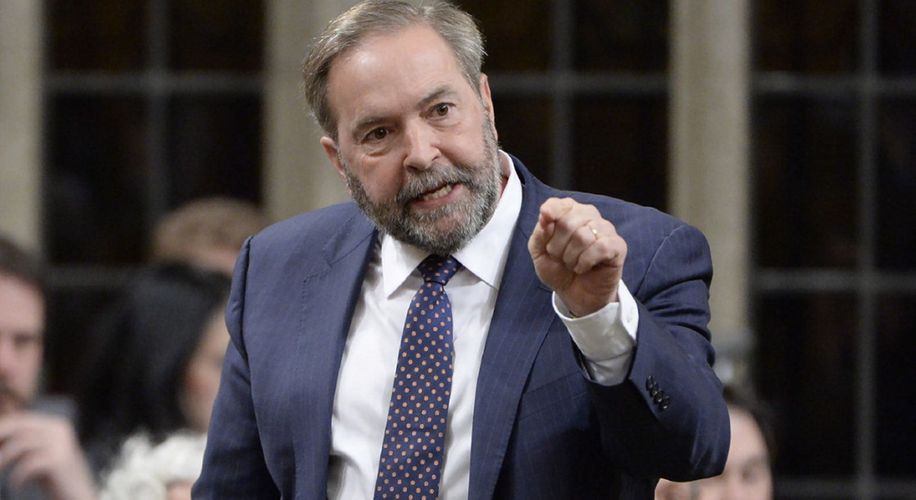 Canadian Prime Minister Justin Trudeau may seem like a champion of cannabis legalization, but NDP Leader and MP Tom Mulcair thinks his handling of possession charges makes him a hypocrite.

Canadian Prime Minister Justin Trudeau may seem like a champion of cannabis legalization, but NDP Leader and MP Tom Mulcair thinks his handling of possession charges makes him a hypocrite.

Canadian Prime Minister Justin Trudeau may seem like a solid ally of the cannabis movement, especially ever since he spearheaded legislation that would legalize recreational cannabis use across the country by July 2018. Hell, the young and charismatic leader even smoked marijuana while he was still a MP, and it’s hard not to admire a politician for admitting that.

But Tom Mulcair, the leader of Canada’s New Democratic Party (NDP), feels that Trudeau isn’t doing enough for those who are still facing cannabis possession charges. During a news conference on Tuesday, Mulcair blasted the PM for not facing the same consequences as the rest of the country. While Trudeau has been free to boast about his experience with marijuana, other Canadians are still facing charges.

The NPD has called for an amnesty on all charges for small amounts of possession, but Trudeau doesn’t seem to agree. Mulcair scathed the PM’s indifference as an example of “abject hypocrisy.” He also accused Canada’s figurehead for moving to slowly on legalization, stating that decriminalization should be implemented more quickly.

“He doesn’t find it at all abnormal that he can admit to smoking marijuana while he was a member of Parliament and at the same time say, ‘The law is the law and you will be prosecuted if you smoke marijuana,’” Mulcair stated.

The Conservative party has also attacked the country’s leader for being out-of-touch with the average Canadian. On Monday, Trudeau shared a story about how his late brother Michel faced marijuana possession charges, but his father and former Prime Minister Pierre Trudeau was able to overturn the charges thanks to his wealth and status.

In the same interview, Trudeau also expressed that he thinks the legal system in Canada is unfair for marginalized people, which the right wing used as an opportunity to call Trudeau an elitist in a fundraising email.

“Not having to worry about a drug charge because your dad will just ‘take care of it.’ Justin Trudeau is completely disconnected from the reality that most Canadians live in,” the email read.

It is possible that the PM will roll out a plan to help eliminate marijuana possession charges with legalization so close on the horizon. However, earlier this month, Public Safety Minister Ralph Goodale claimed that pardons for those with pot-related convictions were not “on the agenda at the moment.”

Although Trudeau deserves credit for pushing cannabis legislation forward, the criticisms levied against him by Mulcair seem to have some merit. While legalization will certainly prove beneficial for the country when it goes into effect, there are still many Canadians still entangled in the legal system for possessing small amounts of cannabis.