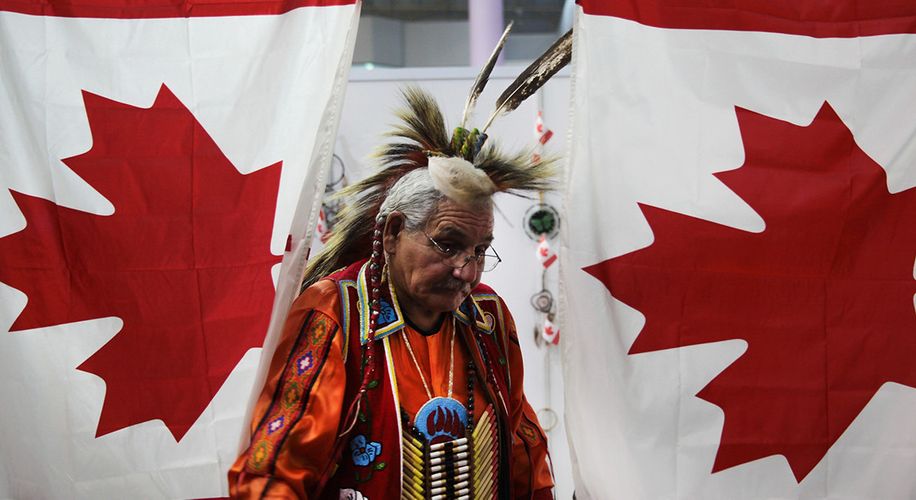 Indigenous communities in Canada are planning to use recreational cannabis to help alleviate poverty and strengthen their community.

Indigenous communities in Canada are planning to use recreational cannabis to help alleviate poverty and strengthen their community.

Earlier this week, the Canadian government finally announced their plan to legalize recreational cannabis, aiming for an official start date of July 2018. While many advocates in the Northern country are eagerly awaiting the new system to take effect, the indigenous community is wasting no time getting their foot into the industry’s door.

Brian Marquis, a medical patient at the Legacy 420 dispensary located in Tyendinaga Mohawk territory near Ontario, has taken the first steps towards building more dispensaries in native reserves across Canada. The 57-year-old Marquis is the Ontario chapter’s president of the National Indigenous Medical Cannabis Association (NIMCA). The newly established organization met last week to elect representatives and establish bylaws in 10 of Canada’s provinces. Currently, Marquis claims there is serious interest in opening dispensaries in the Kanesatake Mohawk territory, the Algonquin reserve, and the Innu reserve.

NIMCA believes that the impoverished indigenous people would greatly benefit by taking part in the flourishing cannabis industry. Not only do they expect dispensaries to bring money into their underserved community, but it could also help curb the opioid addiction epidemic that has spread rapidly throughout the native population over the last few years.

According to Marquis, the aboriginal community won’t be waiting around for the government to tell them how to implement their strategy:

“We’re not waiting for the federal government on this, we’re going to do what we have to do. Canada can do its own thing, we’re a sovereign people on sovereign land. They’re not going to stop us.”

While NIMCA’s plan to sell medical marijuana out of a storefront is federally illegal, they argue that their status as sovereign people protects them from criminal prosecution, federal regulation, and taxation. Still, customers who are not non-indigenous could create a legal gray area for police, and could potentially deter business from native-run dispensaries.

The set date for recreational legalization is surely to be welcomed by marijuana advocates in Canada, who now eagerly await the July 2018 start date. But for the aboriginal community, the potential business and community-based opportunities that both medical and recreational cannabis could bring to their impoverished communities makes it more than just a lucrative idea; it’s an urgent necessity.