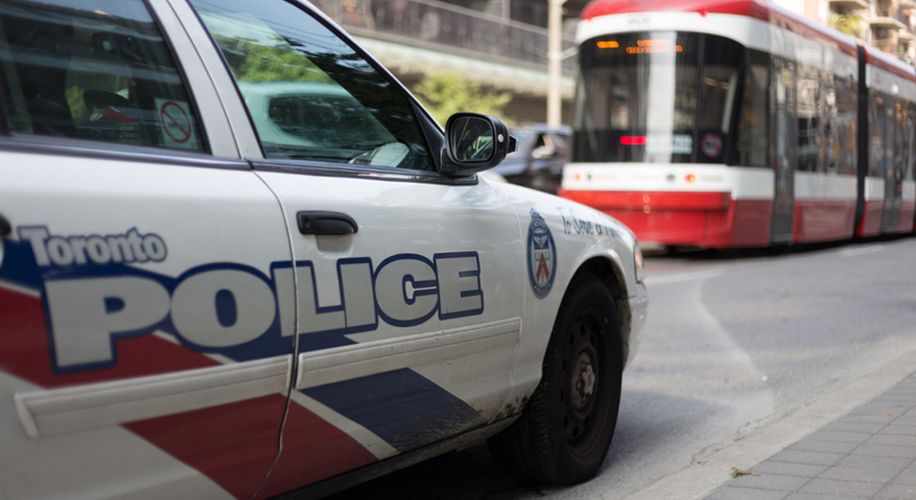 Cops in the Great White North are now allowed to arrest drivers whose THC blood levels exceed a certain threshold.

Cops in the Great White North are now allowed to arrest drivers whose THC blood levels exceed a certain threshold.

One of the biggest concerns that conservative politicians often raise about cannabis legalization is the potential increase in drivers who are too stoned to operate their vehicles safely. The scientific community is still divided over whether or not legal weed is conclusively connected with increased traffic accidents, but that hasn't stopped government officials from attempting to develop an effective way to test whether someone is too high to drive.

Testing for cannabis intoxication is more difficult than testing for other drugs, as THC can remain in the body for as long as month after consumption. Hence, a standard urine or blood test cannot definitively determine whether an individual was stoned while driving — or the night before, or three weeks ago, for that matter. Consequently, police are often forced to resort to field sobriety tests to demonstrate that a driver is high, essentially leaving it up to officer discretion as to whether or not a person is too intoxicated to be behind the wheel.

As more U.S. states and other countries move to legalize marijuana, researchers have been working on ways to improve drug testing technology. Last year, Michigan cops began a pilot program to test a new drug testing device that allows police to swab a drivers' mouth and detect the immediate presence of cannabis. In Colorado, law enforcement officials have been conducting a three-year program in which they are testing a number of similar devices. In San Diego, police have been trying out a new machine, the Draeger DrugTest 5000, which can identify if an individual has used marijuana, cocaine, opioids, or other drugs within the past six hours, using only a mouth swab.

That same device is now likely to become part of Canadian law enforcement's arsenal later this year. Bill C-46, an overhaul of the country's impaired driving laws which just passed this June, authorizes the use of roadside saliva-testing devices. An independent committee of toxicologists and traffic safety experts has since evaluated a number of these saliva testing tools and recommended the Draeger model, giving Canadian Attorney General Jody Wilson-Raybould 30 days to approve the device.

Once approved, police will be able to order these devices and begin training in how to use them. A spokesperson for Public Safety Canada told the National Post that the government has set aside $81 million (in Canadian dollars) over the next five years for all provinces and territories to purchase screening devices and train officers in impairment recognition. One remaining issue to be considered is that these devices do not seem to function well in extremely cold temperatures, of which Canada has no shortage.

Although the new device may provide more accurate results than a standard field sobriety test, the science regarding drug impairment testing is less established, and hence can lead to more controversy. Any driver who tests positive for drugs on the saliva-testing machine can be brought in to a police station for further testing, including blood tests. C-46 legalized “per se” limits for drug blood levels, which allows police to criminally charge any driver who exceeds a certain THC level, even if they are driving perfectly safely.

Current scientific evidence does not conclusively connect specific THC blood levels with increased traffic accident risks, however, and therefore any “per se” blood limit imposed by the government is somewhat arbitrary. An experienced cannabis user with high tolerance may be able to drive more safely than a first-time toker, even if they have the same levels of THC in their blood. Saliva-testing devices are a welcome improvement to subjective field sobriety tests, but the science of cannabis impairment testing still has a long road ahead.