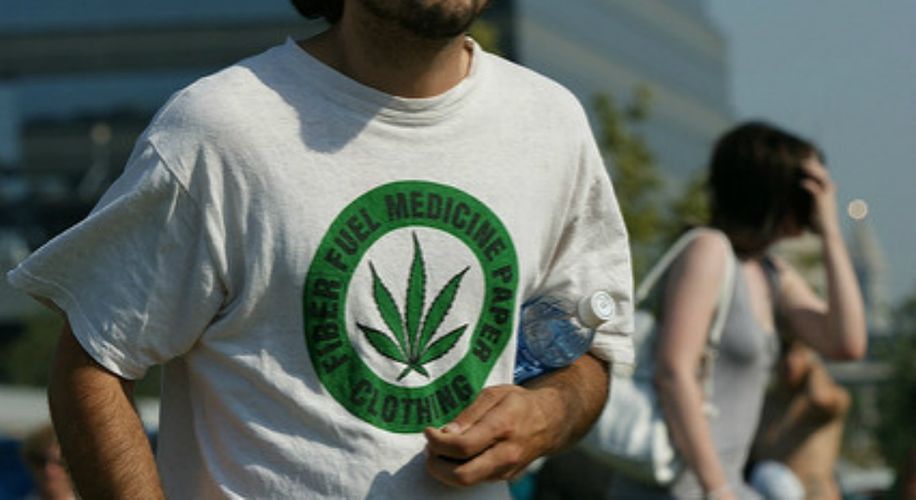 As the Golden State green rush gets set to explode, canna-businesses will be able to brand t-shirts, hoodies, and whatever other merchandise they please.

As the Golden State green rush gets set to explode, canna-businesses will be able to brand t-shirts, hoodies, and whatever other merchandise they please.

California’s impending recreational and revamped medical marijuana markets are set to come on line at the beginning of next year and almost overnight become the world’s most active cannabis industry. And while city officials and state legislators sort out the last bits of pre-legalization regulation, the state’s cannabis companies scored one more win this week, when Golden State lawmakers shot down a proposal that would have banned canna-businesses from printing branded clothing or other promotional merchandise.

According to the L.A. Times, the dank duds ban was widely opposed by cannabis industry advocacy groups, including California Cannabis Manufacturers Association, who wrote a letter to the legislature, arguing that the bill would "undercut a legitimate revenue center for cannabis licensees."

Late last week, the bill was put on hold without explanation by state legislature’s Assembly Appropriations Committee. As of press time, no explicit reason has been given for the pro-pot decision.

Sen. Allen and the bill’s supporters argued that allowing cannabis companies to advertise through clothing and merchandise would appeal to children and encourage children to use marijuana.

"The Legislature in the past has wisely prohibited advertising with branded merchandise by tobacco companies, expressly because items like hats and t-shirts are known to entice kids to smoke," Sen. Allen said. "This was a commonsense measure to apply similar restrictions that would help prevent marijuana use by teens."

But after the Appropriations Committee’s hold ruling, it appears that California’s pot shops and providers will be able to print t-shirts, hoodies and hats to their heart’s desire - creating even more avenues for the still burgeoning legal businesses to seek revenue.