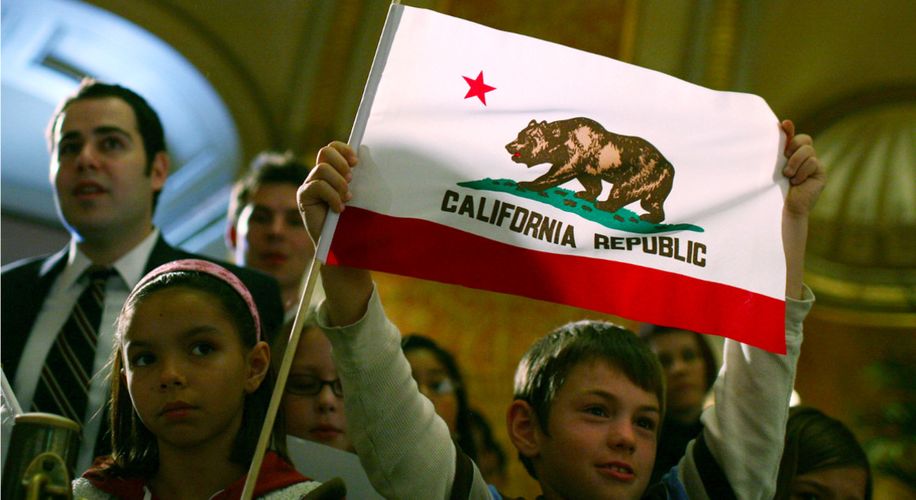 The fascinating and terrifying possibility that California could choose to secede from the United States.

The fascinating and terrifying possibility that California could choose to secede from the United States.

On Thursday, California Secretary of State Alex Padilla announced that the campaign could begin the process of collecting valid signatures. The Yes California campaign listed two paths that a state can legally secede from the union. The group would first need to collect 585,407 signatures within the next 180 days in order to qualify for the ballot. The second step wouldn’t happen until 2019, when a ballot initiative would ask California to vote on total independence as a separate country. If the measure is approved by at least 55% of voters, the results would be considered California's declaration of independence. The measure would repeal several clauses in the California Constitution, which identifies California as an "inseparable part of the United States," according to a summary from the California Secretary of States' office.

Yes California backers admit there are several hurdles that pose a threat along the way. "California loses [by] being a part of America culturally and financially," co-founder Marcus Ruiz Evans told the Los Angeles Times. "It could be a nation all its own, everybody knows that. The only question is if they want to break off."

According to Evans, the group now boasts more than 7,000 volunteers that are willing and able to collect valid signatures. Many of these volunteers will hit the streets to gather signatures in a matter of days. California, Evans argues, pays more taxes to the federal government than it receives in federal assistance.

Fiscally, such a move would have a serious impact on the California economy, as well as the Unite States’. The ultimate question is whether California and the United States are out of sync culturally and if the situation has reached the point of no return. Trump lost the general election in California by over 4 million votes- a larger gap than his total loss in the general election. California's massive population of nearly 40 million people is greater than all but only 34 countries around the world.

Theoretically, a move as serious as secession would need the approval of at least the majority of states in the union. The last time states tried to secede from the union resulted in the Civil War.