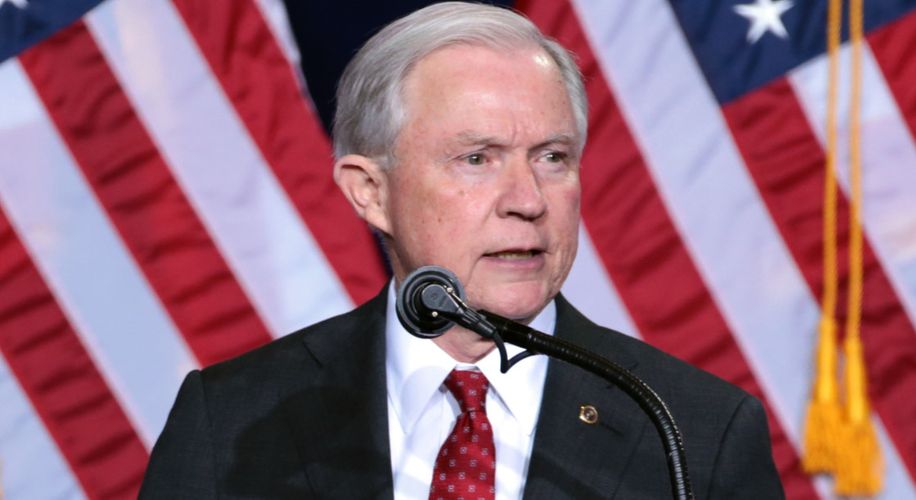 A former federal prosecutor says the situation is “cause for concern.”

A former federal prosecutor says the situation is “cause for concern.”

Ever since it became a possibility that U.S. Attorney General Jeff Sessions and his goons at the DEA could swoop in and put a stop to the legal cannabis industry, members of the trade have been wondering how the federal government could possibly impose a widespread crackdown on a substance that is now legal in some form in over half of the nation.

The answer is simple: Strip state and local governments of their funding if they refuse to comply with federal law.

This scenario is not a hypothesis; it is exactly how Sessions plans to strong-arm jurisdictions all across the country into adhering to the policies outlined by the federal government.

"If you're not cooperating with the federal government, you're going to lose grant money," Sessions told Fox News. "We're going to battle on them every step of the way.”

A recent report from NPR’s All Things Considered indicates that a somewhat unnoticed portion of a Justice Department memo from last week, which calls for a full review of existing policies, including those pertaining to marijuana, directed prosecutors and DOJ heads to make sure state governments are in compliance with “all federal laws.”

Although the primary focus of this effort is to strengthen (anti) immigration policies, experts of the federal grind say that Sessions could use it as a tool to bring the hammer down on variety of issues, including legal weed.

"I think it's cause for concern," former federal prosecutor Miriam Krinsky told NPR. "With federal money moving forward, there could be the potential for federal strings to be attached."

Although marijuana is now fully legal in eight states, it remains illegal in the eyes of the federal government.

When Congressional forces asked Attorney General Sessions, earlier this year, about his intentions with respect to legal marijuana, he told them that if marijuana enforcement “is not desired any longer, Congress should pass a law to change the rule.”

“It is not so much the Attorney General’s job to decide what laws to enforce,” he continued. “We should do our job and enforce laws effectively as we are able.”

Whether Sessions’ latest threat is real remains to be seen.

As NPR points out, the Obama Administration made similar demands from state and local government over immigration law. However, it doesn’t appear that any of these jurisdictions ended up losing federal funding.

Furthermore, a recent analysis from WalletHub finds the majority of legal marijuana states are some of the least dependent on federal funds.

The report shows Washington and Colorado ranked 36th and 37th, respectively, while Alaska comes in at 23rd and Oregon 15. However, Maine is the ninth federally dependent state, right above Indiana, which maintains a hardcore opposition to legalization. Massachusetts, Nevada and California, however, all rank comfortably in the mid 40’s.