According to ABC News, police arrested two 23-year-olds, Tucker Reese and Kolby Stevens, in connection with the illicit cannabis operation. As more black market THC vape cartridge user continue to fall ill, police have made a point to target potentially tainted cartridge makers. It is not yet clear if the cartridges and distillates found at the Phoenix stash house contain vitamin E acetate, the diluent most closely associated to the spate of vape sicknesses. (Though it is still unconfirmed if vitamin E acetate is the direct cause of the illness.)

"These cartridges have been located throughout the country and have been associated with recent vaping deaths, were being manufactured in the residence," the Maricopa County Sheriff's Office said in a statement announcing the arrests on Wednesday. "Based on the equipment and the products located inside the residence, detectives believe this location was an apparent Closed Loop BHO Manufacturing Lab."

In addition to thousands of “Dank Vapes” packages for their homemade cannabis oil cartridges, the duo also had bulk quantities of black market edibles packaged in bags labeled “Flaming Hot Weedos,” “Sour Dab Kids,” and — for the health-conscious snackers — “Weed Thins.” On the package for the Flaming Hot Cheetos rip-off, the label says “highly medicated” and that it contains 125mg of THC alongside a photo of a drug-addled Chester Cheeto screencapped from Family Guy. 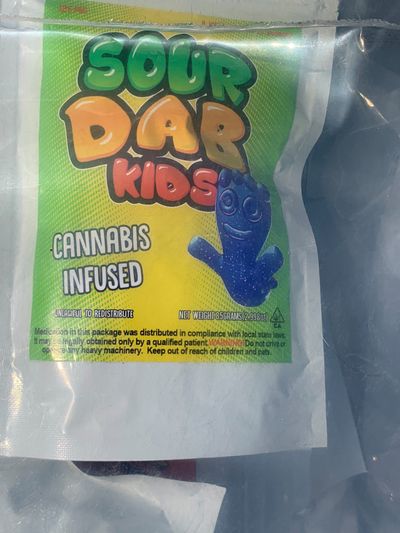 Over the past year or so, police across the country have turned up a number of edible products made to look like legit snacks or candies. In a California raid earlier this summer, police seized 500 pounds of THC-infused Nerds Rope boasting a supposed potency of 500mg in each package. Because all of the products found in this week’s Arizona bust were made and distributed outside of legal purview, it is not known if they actually contain as much THC as advertised.

EDIBLES
ARIZONA
BLACK MARKET
COPS
MORE...
Zach Harris
FOLLOW
Zach Harris is a writer based in Philadelphia whose work has appeared on Noisey, First We Feast, and Jenkem Magazine. You can find him on Twitter @10000youtubes complaining about NBA referees.
Share this article with your friends!
AD
By using our site you agree to our use of cookies to deliver a better experience.
Accept
Decline
MORE FROM MERRY JANE