NEWS
An Israeli Company Is Combining Mushrooms with Marijuana to Treat Illnesses
AD
Israeli medical marijuana firm Cannabotech is exploring how different combinations of cannabinoids, herbs, and mushrooms could treat a variety of illnesses.
Published on October 29, 2019

Once upon a time, the idea of blending pot and mushrooms together into one pill would seem like the invention of a college drug dealer. Today, this mixture represents the pinnacle of a growing movement that uses natural plants and fungi to treat illnesses that are poorly addressed by current pharmaceutical medicines.

"Every cannabis plant has 30-40 cannabinoids that are active in the body and a total of several hundred cannabinoids,” said Cannabotech cofounder and CEO Elchanan Shaked to Globes. “We believe that the secret to the plant's activity lies in cannabinoids that appear in small quantities in the plant. If you change the ratios between them and increase their concentration in the final product, very high medical effectiveness and unique compounds for treatment of various diseases can be attained.”

Shaked told Globes that his company will “use science” to prove that his company's unique ratios of cannabinoids will prove more effective than ratios found in naturally-grown plants. Other researchers are also currently working to create their own specific blends of cannabinoids to target specific illnesses, but Cannabotech is taking the idea one step further by including mushrooms in the mix. 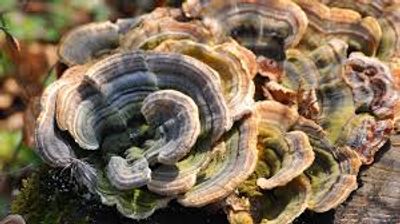 "Penicillin originates in mushrooms, as does chemotherapy," Shaked explained. "The benefits of mushrooms have been the subject of research for thousands of years. Prof. Solomon Wasser has been researching mushrooms at the University of Haifa for decades. He has huge libraries containing ingredients from mushrooms and the information that he has gathered over the years about treatment using them and their interactions with other ingredients."

Another feature that sets Cannabotech apart from other medical marijuana research companies is the fact that it intends to crowdsource its funding, rather than relying on private investment. "We believe in building the company from below, without direction from capital market people," Shaked said. "I believe in raising capital from the public, but without receipts.”

Gallery — Photos of Psilocybin Magic and Psychedelic Delights via @TheMushroomBible:

So far, it seems like Cannabotech is looking to stick to non-psychedelic mushrooms for its cannabis blends, but a growing body of research is proving that psilocybin can be as effective a medicine as medical marijuana.

Recent studies have found that psilocybin can help patients overcome treatment-resistant depression, alcoholism, or anxiety, and current trials are exploring how this psychedelic fungi can treat anorexia or even snap patients out of comas. The US Food and Drug Administration is now conducting clinical trials that could lead to the legalization of psilocybin-assisted psychotherapy within the next few years.

SCIENCE
MEDICAL MARIJUANA
DOCTORS
CANCER
MORE...
Chris Moore
FOLLOW
Chris Moore is a New York-based writer who has written for Mass Appeal while also mixing records and producing electronic music.
Share this article with your friends!
AD
By using our site you agree to our use of cookies to deliver a better experience.
Accept
Decline
MORE FROM MERRY JANE