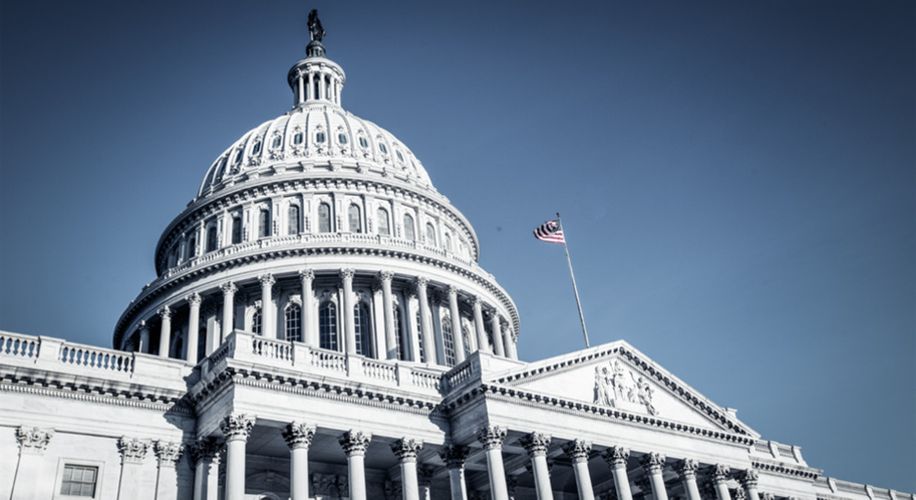 All the U.S. Federal Marijuana Bills You Should Be Aware Of

"If Congress changes marijuana laws in the next year or two, we may have Jeff Sessions to thank for it."

"If Congress changes marijuana laws in the next year or two, we may have Jeff Sessions to thank for it."

Attorney General Jeff Sessions' cancellation of the Cole memo may have sent shockwaves through the cannabis industry, but a number of federal bills are on the table to reform marijuana law.

Among a handful of others, there are five measures pending in Congress that address some of the gaps once filled by the Cole memo:

MERRY JANE reached out to the legislators behind these bills themselves to find out why they’re pushing for reform. "In light of the recent rescission of the Cole memo, Congress must act to provide this certainty to these groups and respect the right of states to set their own laws,” said Congressman Don Young (R-Alaska), co-sponsor of H.R. 4779. His bill in particular seeks to protect financial institutions, patients, entrepreneurs, and others by restricting federal funds from being used to crack down on these groups, so long as they comply with state law. He explained that H.R. 4779 would be an expansion of the Rohrabacher-Blumenauer amendment.

“Voters across the country have made it clear that they want to see our failed marijuana criminalization laws modernized. The federal government should listen to the will of the people and stop forcing unjust and discriminatory criminalization policies on states that have chosen legalization,” echoed Congresswoman Barbara Lee (D-California), who also co-sponsors H.R. 4779. “It’s time to empower our communities to move from prohibition towards progress.”

It's up for debate which, if any, of these bills might actually pass this legislative session. Some experts think Sessions' revival of reefer madness rhetoric might inspire the nation’s lawmakers to vote for reform legislation, while others still doubt the time is ripe for Congress to come to terms with the conflict between federal and state cannabis law. "I don't think the marijuana issues are at their very top priority," says Morgan Fox, director of communications at Marijuana Policy Project. "You might have a couple hold-outs or some people who avoid the issue altogether, but we'll also see a lot of the opposite happening." There's no limit to the number of sponsors a bill can have, and more and more, legislators are signing on to federal marijuana legislation.

"Overall the response we're seeing from federal lawmakers is to come out publicly and forcefully, but not just with comments or tweets, but by putting their names on legislation," says Justin Strekal, political director for NORML (the National Organization for the Reform of Marijuana Laws). "It demonstrates that lawmakers are finally listening to the will of their constituents and recognizing the absurdity that is federal prohibition."

Among all the bills on the table, Strekal calls the Marijuana Justice Act, which also exists in the form of a House bill, “the most comprehensive piece of legislation ever introduced” when it comes to addressing pot prohibition, in addition to removing marijuana from the Controlled Substances Act. "It's the first piece of legislation that addresses expungement issues," he says, noting one of the bill's goals to allow former cannabis convicts to clean their criminal records. But, Strekal adds, "it's unlikely the Republican Congress will address something as humane as the Marijuana Justice Act" — even if cannabis law reform is a bipartisan issue.

It seems unlikely that any of the bills will be brought to the floor for a vote, adds Tom Angell, founder of Marijuana Majority and Marijuana Moment. "The leadership is uninterested in bringing these forward, so that's why our best chance of success in the short term really has to do with the amendment process and trying to get language attached to broader bills that are moving."

On the one hand, it's great that there are so many marijuana reform bills in Congress, but on the other hand, Angell worries that having so many bills may diffuses support a little bit.

"If any of these were enacted, a lot of the practical effects would be similar to one another," he says. "It's just a different mode of getting there, getting the federal government out of the way so states can implement those laws, and so the people complying with those laws are protected." Additionally there are some other, more specific bills to address banking issues, canna-business issues, hemp, and veterans' access.

"From a general perspective, the Sessions move is obviously concerning, but it doesn't seem to be slowing the momentum that's been building in the states," Angell says, pointing to states like Vermont or New Jersey, aiming to legalize cannabis through the legislature. "It may actually help us in the mid-to-long term. The pushback to Sessions' move from both sides of the aisle was very strong, so if Congress changes marijuana laws in the next year or two, we may have Jeff Sessions to thank for it."