NEWS
A New Study Says Weed Doesn't Help with Mental Health, But Is It BS?
AD
Warning: This study comes from the same folks who claimed that cannabis doesn’t help with pain, either.
Published on October 30, 2019

Folks are finally fessing up to why they take medicinal cannabis: It helps them regulate their moods, fight stress, and otherwise live a life of relative contentment. How many of you reading this toke a bowl after a long day of work just to keep from flying off the rails? Exactly.

A new study from Australia is now claiming otherwise. According to the researchers’ data, there’s no hard evidence that weed helps with treating mental illness, mood disorders, or facilitates good mental health. But there are some serious caveats to consider.

The study, published in the medical journal The Lancet, concluded: “There is scarce evidence to suggest that cannabinoids improve depressive disorders and symptoms, anxiety disorders, attention-deficit hyperactivity disorder, Tourette syndrome, post-traumatic stress disorder, or psychosis.” The researchers added that weed didn’t appear to help with anxiety, and that more high-quality studies are needed to draw any definite conclusions.

However, they noted that there were some “low-quality” studies that suggested THC could help with anxiety, and one study showed that THC increased psychotic symptoms rather than relieved them.

So, of course, the media latched onto this study as definitive proof that weed’s ability to control stress levels and anxiety was a myth. For instance, the science blog Live Science ran the headline, “There's No Evidence Marijuana Will Treat Your Anxiety or Depression.” Science 2.0 ran with, “Marijuana Cannabinoids Don't Help With Depression, Anxiety, ADHD, Tourettes, Psychosis, or PTSD.” And The Guardian titled its story on the study: “Risks of cannabis use for mental health treatment outweigh benefits.” 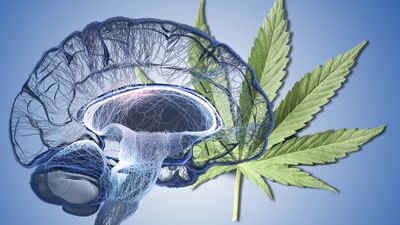 One Study Does Not Invalidate Previous Research

While the Australian study does show that we need more research on cannabis’s effects on mental health, it’s inaccurate to state that this study disproves weed’s ability to help the mind. Science doesn’t work that way. We can’t point to one study that claims something contradictory while ignoring a mountain of scientific evidence that says otherwise. And there have been many studies over the years, as well as strong anecdotal evidence, that suggests cannabis can help with anxiety, stress, depression, and anger management.

There were also some major flaws in this study, as there are with many scientific studies. For one, the researchers have no idea what kind of weed some of the previous studies’ participants were taking, or even how the subjects consumed their cannabis or at what frequencies. We know that not all cannabis products are created equally, and some products may work better for certain medical conditions than others.

On top of that, we already know that weed isn’t a cure-all for every mental issue on the books. Dr. Eugene Schoenfeld, a California-based psychiatrist, noted to MERRY JANE earlier this year that he's recommended cannabis to at least two schizophrenic patients in the past. However, he did not recommend cannabis to treat their schizophrenia. Rather, the weed was for treating their anxiety, which was mostly caused by schizophrenia. These two patients required careful monitoring, he said, just in case the weed did cause their symptoms to act up. 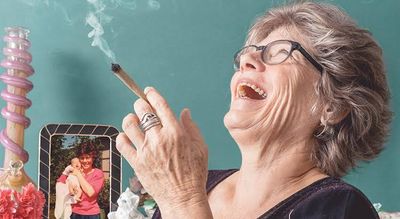 Last year, an Australian research group published a study that claimed cannabis did nothing for controlling pain, and that the phenomenon was likely placebo. That’s odd, considering there are thousands of studies that confirm weed can control pain and inflammation, though cannabis does not completely eradicate the perception of pain like some opioid painkillers. Rather, cannabis alters our perception of pain to make it more bearable.

Campbell is a criminologist who primarily studies pain-management among opioid abusers and suicidal cancer patients. Hall is a university professor and addiction-treatment specialist. And Farrell is a professor of addiction psychology. All three of them work for Australia’s National Drug and Alcohol Research Centre (NDARC), a New South Wales research institute that’s funded by the Australian government through the National Drug Strategy program. In other words, NDARC is sort of like the National Institute of Drug Abuse (NIDA) in the US, which gladly funds drug research so long as that research affirms current drug enforcement policies.

And the National Drug Strategy program, despite its stated commitment to harm reduction, has dedicated itself to anything but. According to its own data, the program spends a whopping two-thirds of its budget on busting drug dealers and users and not on treatment programs, education, or other harm reduction strategies.

Of course, not all addiction specialists oppose weed legalization. Many of the doctors behind the Global Drug Survey agree that drug decriminalization or legalization will make it easier for addicts to seek out help. And even NDARC’s Campbell and Hall, in a separate 2018 study, concluded that weed could help alleviate opioid addiction, though, again, more research was needed.

So, what’s the takeaway? Take the latest Australian researchers’ study with a grain of weed. But keep in mind that they’re right about one thing: We need more studies regarding cannabis’s effects on us, and government obstruction into this research is not helping anyone.

NEWS
MEDICINE
MEDICAL MARIJUANA
MENTAL ILLNESS
MORE...
Randy Robinson
FOLLOW
Based in Denver, Randy studied cannabinoid science while getting a degree in molecular biology at the University of Colorado. When not writing about cannabis, science, politics, or LGBT issues, they can be found exploring nature somewhere in the Rocky Mountains. Catch Randy on Twitter and Instagram @randieseljay
Share this article with your friends!
AD
By using our site you agree to our use of cookies to deliver a better experience.
Accept
Decline
MORE FROM MERRY JANE