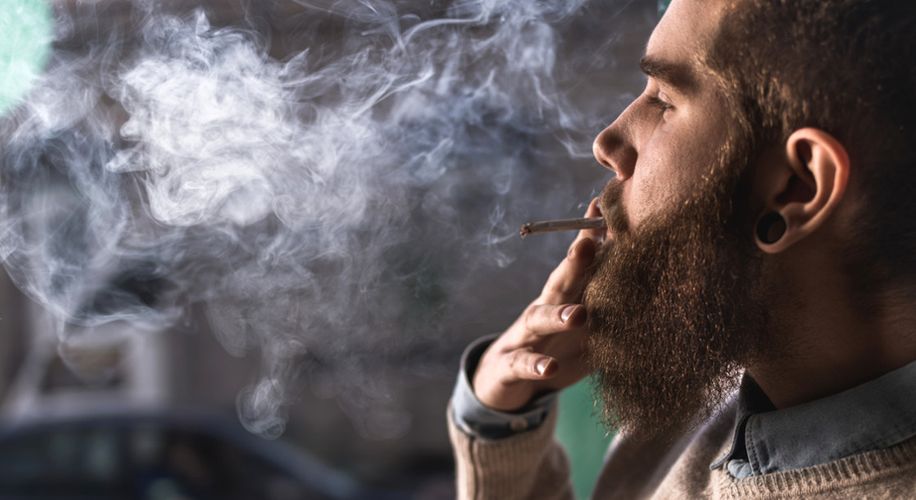 When they take the low road, we take the really, really high road.

According to new research from U.S. polling company Gallup, 65% of Americans consider marijuana use to be “morally acceptable,” suggesting that the once controversial plant’s long-standing stigma is steadily disappearing.

For the first time since the modern version of Gallup’s Values and Beliefs survey debuted in 2001, researchers added marijuana and alcohol to their list of 22 social issues, finding generally positive reactions to the country’s two favorite non-pharmaceutical intoxicants.

In addition to 65% of participants approving of pot use (with only 31% disapproving), alcohol was deemed an ethical beverage by 78% of respondents, with a mere 19% disapproval rate. Comparatively, birth control was the only issue with more approval than booze, with 91% indicating that prophylactics are morally acceptable. Cannabis, on the other hand, came in as slightly more objectionable than gambling and divorce, but also more morally acceptable than pornography and consensual polygamy.

But while the ranking of those moral determinations may appear — and could quite possibly be — downright random, Gallup’s demographic breakdowns illustrate that political party and religious affiliations may help us better understand what one person considers blasphemous and another calls a rowdy Tuesday.

Out of respondents who said that they attended church at least once a week, only 41% considered marijuana ethical. For Americans who seldom or never attend church, though, getting stoned is apparently no big deal, with 75% condoning pot use. Similarly, only 47% of self-reported conservatives said that cannabis was an ideologically sound smoke, while 81% of liberals were on board with weed.

On its surface, moral consideration doesn’t pass legislation, but when looking at Gallup’s latest values survey next to the polling group’s most recent cannabis legalization research, the plant’s ethical standing in America becomes more clear.

With 64% support for legalization being almost identical to the marijuana morality stats, it’s easy to see how social acceptance can quickly turn to ballot box votes and widespread cannabis reform. And as more states continue to welcome legalization and expose more people to the realities of life with legal weed, Gallup researchers predict that support to increase even further by this time next year.

“On most trends, Americans have adopted more permissive views over time,” Gallup researchers concluded. “Presumably, this also applies to the new item on smoking marijuana, given the surge over the past two decades in the percentage who say that smoking the drug should be legal.”