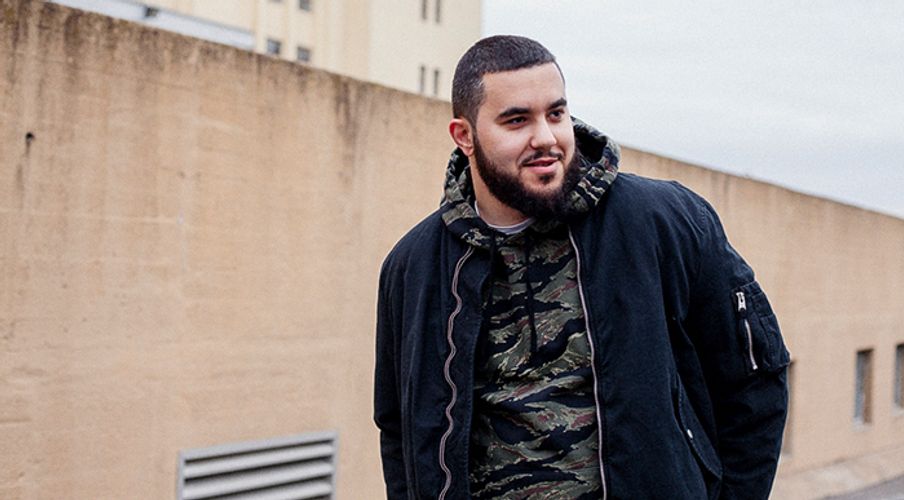 Check out Droog's selections, and catch up with the Brooklyn MC in a bonus interview.

Check out Droog's selections, and catch up with the Brooklyn MC in a bonus interview.

Your Old Droog burst onto the scene in 2014 (seemingly out of nowhere) with “Nutty Bars,” which as it's name indicates, is chock full of hard bars and impeccably delivered New York-centric flows. As his identity had not yet been made public, and thanks to the perceived maturity of his lyrics and rhymes, speculation as to who he actually was ensued for several months. One popular theory even supposed that Your Old Droog was in fact (arguably) the most legendary of Queens MCs’ alter ego.

However, that myth was soon dispelled, as it was revealed that Droog (which means “friend” in Russian) was a 25 year-old Ukrainian-American Brooklynite a few months after the Your Old Droog EP dropped. A sold out Webster Hall debut show followed, as well as the release of his debut album Your Old Droog the same year.

Since then, Droog has released four EPs (Kinison, The Nicest, What Happened to Fire in collaboration with Wiki, and the vinyl-only Looseys) and released his sophomore full-length Packs last month, which packs a mighty East Coast flavored punch.

From being mistaken for a Puerto Rican, to shooting dice to pay for studio time, entry into the hip-hop industry didn’t come easily for Droog. Thankfully for us, he stuck with it and his bars were nutty enough to build a loyal audience.

We tapped Droog for our latest MERRY JANE Playlist takeover, which includes some surprising selections, so be sure to turn up the volume, and read the bonus interview after the jump!

MERRY JANE: What is your most memorable smoking experience?

Your Old Droog: Uh, memorable smoking experience...Yeah I mean it's all a blur because that's all I did for many years. Everyday from the ages of 13 to 17, that's all I did. But I'll tell you, the most memorable was I guess when my shit got laced. And it was just fucked up. Fuckig laid down under a car hoping nobody would see me, I was really fucked up. The the first time you smoke you don't really get high and shit, so you go super hard the next time and you're like, “I really need to get high,” and then BOOM, everything's spinning. So yeah, the first time probably.

If you were a boxer, what song would you come out to?

If I were a boxer what song would I come out to? "The Rite of Spring" by Igor Stravinsky. Anyone said that yet?

If you were going to go out guns blazing, what song would you choose to do it to?

Who is, or who are, your guilty pleasure artists?

Guilty pleasure artists... for me, there's a station on Sirius XM called like "Water Colors," sometimes I like some really smooth, smooth ass jazz. I guess that. I didn't say Kenny G, because I don't really rock with Kenny G. But yeah, some smooth ass, wet blanket ass jazz.

What song reminds you most of your childhood?

Which song that you've released means the most to you?

I really like "You Can Do It" off of the last album I put out, I was going through a rut musically, wasn't recording a lot, and that sparked off a lot of recording and, I just felt that it took a lot of time to make the record and fine tuned it, to get it right. But I also like the message, the beat is kind of melodramatic, and I pictured somebody getting on the song and talking about like anything is possible. I just flipped it and told people not everything is meant for everybody, and you should stop following your dreams, you know what I mean? It had that twist of humor, so I think it encapsulates what I do. And the rhymes are dope. The first joint I ever put out was important to me too, "Nutty Bars."

Who has been your favorite artist to work with and what's your dream collaboration?

My favorite artist to work with is my go-to producer, RTNC, he's just real dope, has a real uncut sound. He doesn't really program too much, and it's kind of like, you know, when you talk about cocaine, it's the uncut fish scale—it's not adding too much, it's just the organic fundamentals of the beat, and he's easy to work with. An accommodating dude, and just a good all around cat. That's hard to find.

And dream collaboration? Shit, I don't know. Probably somebody outside of rap. Trying to think…I don't want to do a Bone Thugs -Phil Collins type of thing. Let's say, DOOM.

What's going on in your near future? Are there any projects that you are already currently working on or that you're planning on working on?

Can you talk a little about your experience as a Ukrainian American getting into the hip-hop scene in Brooklyn? Did it make it harder? Do you feel like it made you stand out in some kind of way?

Well, as a young kid, as a teenager I don't look, fucking Ukranian, you can't look at me and tell right away that that guy is this. People just used to look at me and be like, "oh that's a Puerto Rican dude," without even asking me what the fuck I was. So, for a couple of years I was actually running with that. I was still trying to figure out about who I was, and identity, it was tricky. Growing up you're trying to figure things out, drugs are in the mix, all types of shit. When I first started, I was just battling, that was junior high school. Then I got to high school and, it was kind of like, "it don't matter who or what you are—are you nice?" You know? So I was that straight Puerto Rican who was nice to a bunch of kids. Then after that I was like, nah, let me try to embrace my heritage or whatever. I linked up with Sasha and she gave me the name Droog.

Cigarettes seem to occupy a pretty prominent place in your music, whether it's the project names (Packs, B-Sides vinyl Looseys) song titles, (“Winston Red,” “Loosey in the Store With Pennies,”) and even art direction, (artwork for Packs). Some of your early merch had dice and cigarettes on it. Can you speak a little on the influence and what it means to you?

Yeah, well the first record contained that song, "Loosey in the Store With Pennies," that was an actual story, a real story. I was struggling, didn't have that much planned, and I was buying loosies and didn't have money for packs at the time. So one time, more than one time, I had a jar at the crib, and went to get a loose cigarette you know, like... What are you, broke doggie? Writing that song years later, for some reason I wanted to talk about it, I put that in the line, and that became the theme for that particular song.

We had been working on the art, I remember seeing that logo thinking it was dope, and it also had the dice on the cover, which was important too, because I was shooting dice to pay for the studio sessions at the time.

For Packs, it just said "Packs" on the contract when I signed it. Basically, it was just a working title, and, you know, we kind of styled it on that cigarette theme a little bit, but it's not too great. You don't want to promote smoking to the kids.

Looseys is a little limited edition vinyl we put out, just a loose joint. A full album is like a pack, so it's a little play on something.