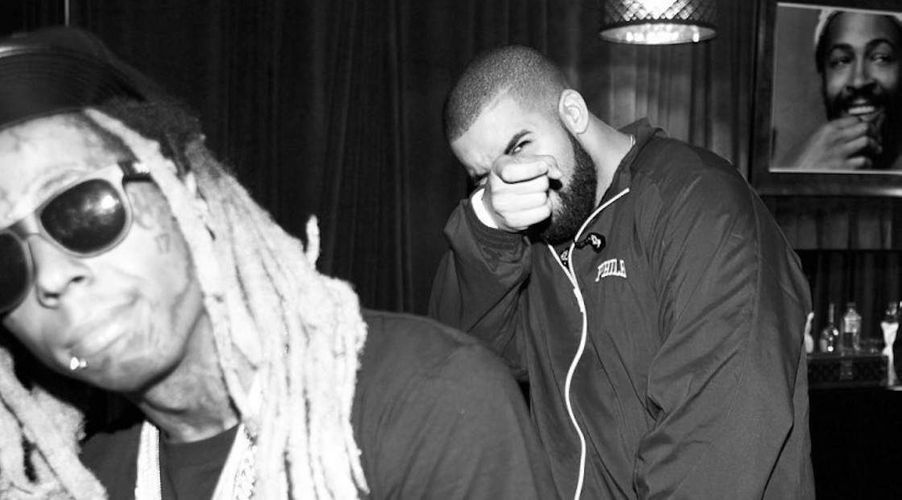 Lil’ Wayne’s ongoing struggle with Cash Money Records is well documented. The label who signed him, and namely Birdman, has refused to release Weezy’s Carter 5 album for reasons unknown. In response, an ongoing legal dispute between Wayne and Birdman has left both sides at a standstill.

Wayne has responded by proclaiming “Fuck Cash Money!” at many of his live performances.

This was exactly what happened last night when Drake brought out his mentor during a tour stop in Houston and Wayne addressed the crowd on his way out. "Houston, Texas, before I leave y'all, I want to say I know I'll always have a home at Rap-A-Lot Records, and y'all know they're fucking me over right now. So before I go, I leave you with these kinds words: Fuck Cash Money," he said.

The unfortunate situation has even led many to believe that Weezy might be looking to retire from the rap game. Following his appearance on Sunday night, a number of notable artists have taken to social media to show their support. Namely, Drake, Young Thug, Rich Homie Quan, and Juicy J all expressed some thoughts on one of the greatest rappers to ever touch a mic. Check out the responses below.

The boss @liltunechi. We are fighting until you get yours. Freedom to drop music and peace of mind. I don't know what these other weirdos are on with all the side talks but I know you gave me a shot and all I can ever do with the rest of my life is return the favor. YOUNG MONEY FOREVER

@LilTunechi I promise I'm holding u down no matter what… fuck the world and what they think\feel I'm with u for life, ur the reason I rap………

I just wish u could love me the way I love u big bro… ur my idol for life and I hope ur sorry for bashing me, not knowing how much I love u…

It is with great remorse that I find myself writing this. I want to take this time out to give my undying support to @liltunechi. I know the exact feeling that you are feeling because I have been in that same predicament. You are my idol and your music inspired me to be a entertainer. I just settled my lawsuit with my former label.I know it can be depressing at times but just know the same God that pulled me thru can and will do the same for you. I support you 1000% . Last but not least Thank You for being you all of these years because thru you I was able to find myself. #greatestofalltime