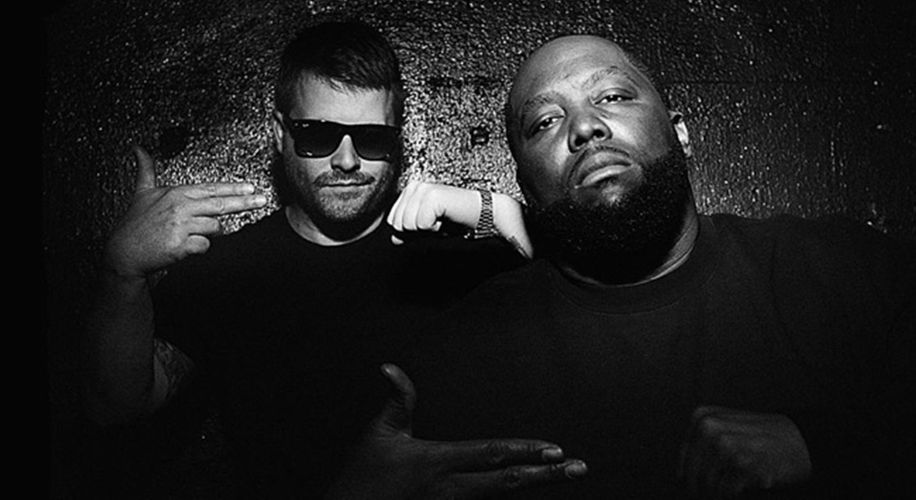 In a year filled with polarizing fear and political uncertainty, music fans around the world have been eagerly awaiting the return of rap’s Batman and Robin—also known as the hip-hop super-duo Run the Jewels. Formed in 2013 as a union between Atlanta-based rapper Killer Mike and New York City-based rapper-producer El-P, the dynamic duo has built a rabid fanbase thanks to their self-titled studio debut and 2014 follow-up Run the Jewels 2.

Just as the repulsiveness of 2016 reached its peak, Killer Mike and El-P made their return with the political banger “Talk To Me”, followed by a second and equally poignant single “2100”. At the start of December, the duo finally announced that their third studio album, Run the Jewels 3, would release on January 13, 2017. The news was more than welcomed by their eager fans, but little did they know that there would be an unexpected gift from Run the Jewels sitting under the digital tree on Christmas Day.

In what the Run the Jewels tweeted as “A CHRISTMAS F***ING MIRACLE”, Killer Mike and El-P decided to stuff their highly anticipated record down the chimney three weeks early, on Christmas Day. The 14-track affair is comprised of the same instrumental explosiveness and pervasive lyricism that we have come to accept from Run the Jewels. The new album also includes features from Danny Brown, Kamasi Washington, TV on the Radio’s Tunde Adebimpe, Trina, and more.

From start to finish, RTJ3 is heavily infused with political discourse and El-P’s unmatchable glitchy bass-driven production. On the hard-hitting track “Hey Kids (Buyame)”, which features a deranged verse from Danny Brown, the dynamic duo takes aim at the political puppet masters of the world.

At the start of the ‘Hey Kids,” Killer Mike vehemently spits, “Say hello to the masters, on behalf of the classless masses/We showed up, ski masks, picks, and axes to murder asses/Lift up our glasses and watch your palaces burn to ashes/Fucking fascists, who the fuck are you to give fifty lashes.”

Killer Mike and El-P also shared a hilarious clip of their appearance on the season premiere episode of “Portlandia”, which will air January 5 on IFC. The skit features comedians Fred Armisen and Carrie Brownstein as music executives trying to help Run the Jewels brainstorm ideas for how to release their album. Suggestions include a surprise album release, having El-P fake his death, and more.

Run the Jewels 3 can be streamed on Apple Music and Spotify, or can be download for free on Run the Jewels’ website. The new album is still slated to release on vinyl and CD on January 13, 2017.