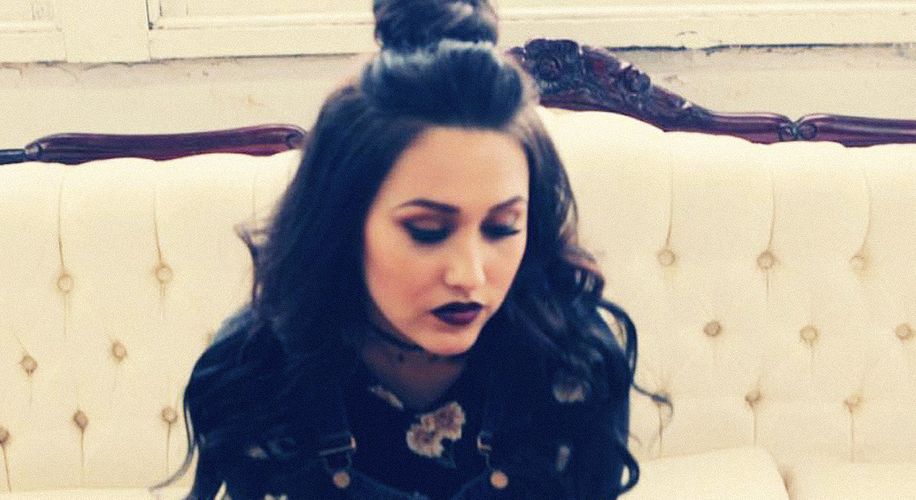 MERRY JANE talks to Harlow’s lead singer Michelle Owen about her music and love for cannabis.

MERRY JANE talks to Harlow’s lead singer Michelle Owen about her music and love for cannabis.

Hailing from Hamilton, Ontario, the new four-piece alternative rock band Harlow is here to break your heart along with some nug. The band’s journey began last year, when the sultry vocalist, Michelle Owen, began writing and recording with Harlow’s drummer, Jeff Rinne. The outcome of their collaboration was Harlow’s debut EP, Unsatisfied, a musical adventure that is jam-packed with bluesy melodies and personal lyrics from Owen, which cover everything from heartbreak to partaking in cannabis use.

Thus far, the band has recently released their first music video for the song “Better Off Alone”, Owen escapes a seemingly bad relationship. According to Owen, her lyrics on the EP are essentially “the culmination of her early twenties,” addressing subjects that are certainly relatable to other young stoners with an aching heart.

After getting a sneak peek at the band’s EP, which was released to the public on June 10, it became more than apparent that the singer is quite fond of marijuana use, which has become a major influence on Harlow’s heartfelt instrumentals and Owen’s lyricism. Recently, we had the chance to speak with Owen about how Harlow came to be, her love for marijuana, her musical influences, and much more.

MERRY JANE: How did Harlow come to be? What experiences have you had with music prior to the band?

Michelle Owen: Harlow was formed in fall 2015 when Jeff (drums) and I (Michelle, vocals) started writing new music, which eventually became the EP. We had another band together (The Hammer Antics) but the music was much heavier. We wanted to start a new project where we had more room to experiment.

MJ: Can you describe the music scene in Hamilton, and Ontario in general?

MO: I’m very proud to be part of the Hamilton music scene. Everyone is very supportive and there's a real sense of community. It's exciting to share new music and begin building a presence again.

MJ: The lyrics seem quite personal throughout the EP, where does the subject matter of the music come from?

MO: Yeah, the lyrics on this EP are extremely personal to me. I told myself when I started the writing process that the only way I could express my ideas properly would be if I were completely honest. I felt like the only way I could create was through a very raw filter. I struggled with the idea of opening up so much for a while, but I'm really happy I did.

MJ: "Do it Again" seems to revolve heavily around marijuana use, where did the inspiration for this song come from?

MO: Well to be blunt [pun presumably intended], it was inspired by my love for weed. I'm a pretty passionate smoker, and I enjoy singing about it. I think it's important to express opinions about subjects that were once taboo. It's exciting to be part of a transition where everyone is really beginning to open up about the subject.

MJ: How does your songwriting process typically work?

MO: It varies. Most of the time I'll have an idea, a melody in my head or a lyrical concept, and if it's good I'll get really excited about it and continue to write until I've finished the song. Sometimes Jeff will noodle on the guitar, and we'll play around with ideas. Other times I'll sit down at the piano and try to come up with cool chord progressions and melodies. I think it's helpful to have more than one songwriting process.

MJ: What bands or musicians serve as your main influences?

MJ: How has marijuana played a role in the making of your music?

MO: I think it heightens my ability to be creative and gives me clarity when I'm trying to execute my ideas.

MJ: What are the future plans for Harlow after the EP?

MO: We've have a few things in the works at the moment. Hoping to release a couple new videos this summer, and we have our first few shows coming up, we'll be announcing dates shortly!

Harlow’s debut EP is currently available on all major streaming platforms, and can also be purchased on iTunes. Their first-ever show will take place on July 25th at The Horseshoe Tavern, a legendary bar and music venue located in Toronto.