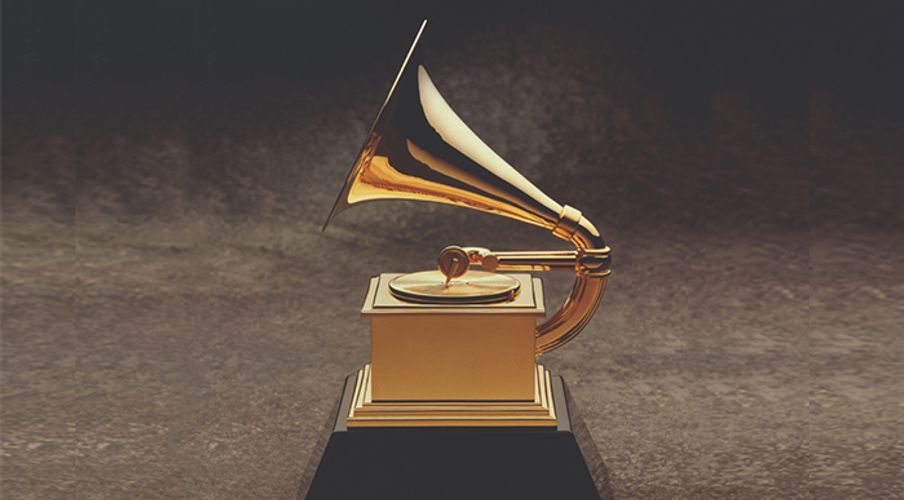 Frank Ocean Was Right: The Grammys Are Seriously Flawed

See why the biggest awards show in music keeps hitting the wrong notes.

See why the biggest awards show in music keeps hitting the wrong notes.

A month before the nominations for the 59th Annual Grammy Awards were announced, the world learned that despite releasing a highly-anticipated and well-reviewed album towards the end of 2016, Frank Ocean had decided not to submit it for consideration. In an interview with Jon Caramanica of the New York Times, Ocean acknowledged the “nostalgic importance” of the Grammys, but cited issues with a “dated” voting process and lack of representation as his reasons for not throwing his name in the hat this year. “I’d rather this be my Colin Kaepernick moment for the Grammys than sit there in the audience.”

Without opining over the history of nominees that “deserved” to win, let’s check the facts of Frank Ocean’s argument and see if there are ways to fix the award show.

Frank Ocean noted during his interview with Caramanica that only a few black musicians have won Album of Year at the Grammy Awards in his lifetime. Ocean was born in 1987, the same year Paul Simon’s Graceland took the prize. In the 30 years since, only seven black artists (23 percent) have taken home the show’s most coveted trophy: Quincy Jones, Back on the Block (1991); Natalie Cole, Unforgettable...With Love (1992); Whitney Houston, The Bodyguard: Original Soundtrack Album (1994); Lauryn Hill, The Miseducation of Lauryn Hill (1999); OutKast, Speakerboxxx/The Love Below (2004); Ray Charles, Genius Loves Company (2005); and Herbie Hancock, River: The Joni Letters (2008). “It just doesn’t seem to be representing very well for people who come from where I come from, and hold down what I hold down,” Ocean said. No hip-hop or R&B artist has won the award since OutKast 13 years ago, despite regular nominations for people like Kanye West and Beyoncé.
Ocean also said that he thinks “the infrastructure of the awarding system and the nomination system and screening system is dated,” and he is not alone in his criticism. In the 59-year run of the Grammy Awards, there have not been many changes to the way things work. In 2011, however, the Recording Academy reduced the number of categories from 109 to 78, and it increased the number of categories that its members could vote in. In a 2014 article published on Complex, Grammy screening committee member Rob Kenner wrote about his experiences. Kenner noted that to qualify as a voter, he needed to pay a membership fee and have “six or more credits on official music releases,” which could range from vocalist to engineer to album notes writer.

“Part of the problem has to do with the process by which nominees are selected, and who gets to vote for them,” Kenner wrote. “In the final voting process, members are allowed to vote in even more categories—up to 20, plus the four general categories. Bottom line: The vast majority of the nominations are chosen by people who have little real expertise in a given field. I refrained from voting in heavy metal and classical because I know very little about those genres. But I could have if I wanted to, and that strikes me as a problem.” Back in 1999, the Los Angeles Times interviewed an anonymous member of a secret voting committee who shared more problematic details about what the Recording Academy says is a “peer-recognized” system.

According to the source, the secret committee more or less gets the final say: “The goal in each category is to take the 20 nominations that the members send forth and get the list down to a consensus of the seven or eight that we feel are the [best]. When we get that consensus, we stop. Each member of the committee then fills out a ballot, which isn’t tabulated that day. So, when we leave the room, no one—including Mike Greene [former president of the National Academy of Recording Arts and Sciences]—knows the results. The only ones who know are the accountants when they tabulate it later.”

Others have criticized the Recording Academy’s eligibility period and how it affects the outcome. The window for consideration for the 2017 awards was from Oct. 1, 2015, to Sept. 30, 2016, which would have made Blonde eligible, but just barely. At last year’s Grammys, Taylor Swift’s 1989, which released late in 2014, won Album of the Year over Alabama Shakes’ Sound & Color, Chris Stapleton’s Traveller, The Weeknd’s Beauty Behind the Madness, and Kendrick Lamar’s To Pimp a Butterfly, which made the Internet implode. That also rubbed Ocean the wrong way, but he probably would not have mentioned it had it not been for what happened next.

During a podcast with Rolling Stone, Grammy Awards producer Ken Ehrlich and writer David Wild were asked about Frank Ocean’s comments and his decision not to submit his album this year. Wild and Ehrlich reflected on Frank Ocean’s 2013 performance and said that the singer was “rigid” in his ideas of what he wanted to do, despite their advice that it would not be a great “TV moment.” “We executed his vision knowing that it was faulty,” said Wild. “And we tried to tell him that, we tried to tell his management that, we tried to tell the record label that. His feelings about the Grammys right now, I would imagine, probably go back to that in one way. But honestly, it wasn't us.”

Having already reduced Frank Ocean’s decision to take a knee as merely a gripe about a bad performance four years prior, Ehrlich and Wild also responded to Kanye West and others by saying that the way to have hip-hop better represented at the Grammys would be for them to accept invitations to perform like they have in the past. Ocean reluctantly took to Tumblr to respond to the “old” men with a letter. Acknowledging the issues with his previous performance, Ocean wrote, “Don’t you think I would’ve wanted to play the show to ‘redeem’ myself if I felt that way?” He added that he initially wanted to attend to pay tribute to Prince, but found that “my best tribute to that man’s legacy would be to continue to be myself out here and to be successful. Winning a TV award doesn’t christen me successful.”

Taylor Swift was caught (again) in the crossfires during Ocean’s rebuttal, as he mentioned last year’s upset. “I’ve actually been tuning into CBS around this time of year for a while to see who gets the top honor and you know what’s really not ‘great TV,’ guys? 1989 getting album of the year over To Pimp a Butterfly. Hands-down one of the most ‘faulty’ TV moments I’ve seen.” He ended by suggesting that the men take notes from the public and “believe the people” and by inviting them to have a discussion about the “cultural bias and general nerve damage” that he thinks the Grammys suffer from.

Frank Ocean has been nominated for a total of eight Grammys over the past four years and has won two: Best Urban Contemporary Album for Channel Orange, and Best Rap/Sung Collaboration for “No Church in the Wild.” There is no way of knowing whether or not he would have been nominated for Album of the Year, or if he could have taken the crown from Adele (who conceded in her acceptance speech last night that Beyoncé should have won), but it doesn’t matter. By not RSVPing to the party, Frank Ocean took a stand and made a point that is supported by history.

While a lack of representation isn’t an issue that is special to the Grammys or to the Recording Academy, one way that the organization can work to fix it is to rebuild its voting body. In his article, Kenner said that the people who vote for the Grammys “tend to skew older than the demographic for rap music,” which explains why that category has been the center of so much controversy over the years. The resumé required to be a voting member of the Recording Academy favors those with many years of experience, which means that the voice of the younger generation is not being heard. Add the fact that a shady secret committee may still be calling the shots, and it’s clear that something needs to change.