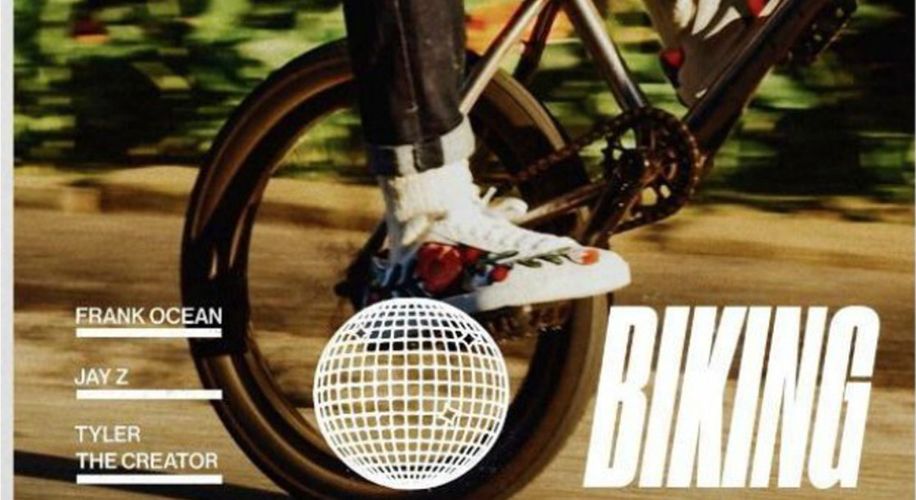 Four years elapsed between Frank Ocean’s Channel Orange and Endless, with very few loose tracks leaking out in between, so we should consider ourselves lucky that he’s decided to start releasing music so soon after last August’s Blonde. After premiering “Chanel” a month ago on his Apple Beats 1 show, blonded RADIO, the enigmatic singer returned on Friday night with another new track called “Biking.”

This one’s kicked off by an unlikely voice-- Jay Z’s-- that sounds a bit tinny, like it’s coming through a FaceTime connection. You don’t say no to a verse from Hova though, even if we are more than a decade from his heyday, even if you’re as committed to artistic integrity as Frank is, and even if he did actually record the thing on some type of phone app with subpar audio quality. Rapping about life’s cyclical nature, Jigga crams in some truly bizarre bars like “Wristwatch got a Russian face like an oligarch” and “E.T. on the handles, handle bars like a Xanax” before introducing Ocean’s verse as a “sidebar.”

Things pick up when Frank wrests control of the song, an acoustic guitar (perhaps played by Endless collaborator Alex G?) joining the mix, and surprisingly, the rapping getting much more energetic and interesting. On the same blonded episode that housed this premiere, Ocean played two consecutive tracks by off-the-wall Atlanta rapper Young Thug, and on “Biking,” it’s pretty clear that he’s been listening to a lot of Thugger in his spare time. His second verse in particular bears uncanny resemblance to Thug’s cadences and unique mannerisms (what other rapper, gay or straight, can you imagine saying “I want me a lil' one that look like my clone”?), but with added doses of Ocean’s melodic gift and Zen-like philosophy.

Ocean’s longtime friend Tyler, The Creator closes the song out, gifting “Biking” his first new verse since last fall’s A$AP Mob posse cut “Telephone Calls.” The fact that these two MCs bookend the track is a nice bit of synchronicity from Frank: Jay, who gave Ocean his big break on two Watch The Throne tracks, goes first, while Tyler, who used to sleep on Ocean’s sofa, concludes the song. In other words: what goes around comes around, the big wheel keeps on turning, or as Jay Z says here, “Life goes in cycles.”