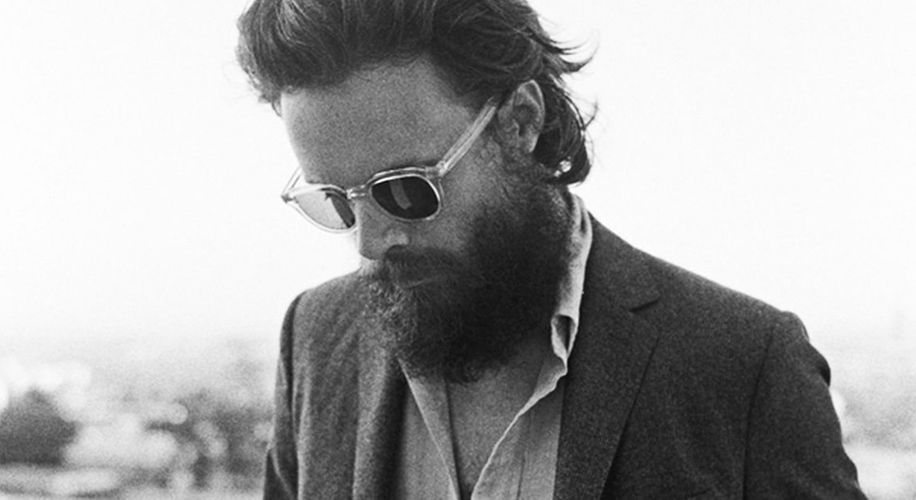 When Father John Misty isn’t crooning away about “real love”, the outspoken indie folk artist uses his expansive sound as a vehicle to express his staunchly critical views of American politics and entertainment.

After dropping the politically charged track “Holy Hell” back in November, Tillman has returned with a new visual and new cut “Pure Comedy.” Don’t be fooled by the title, there’s nothing funny about Father John’s latest track, which sporadically jumps from the miracle of birth, to the flaws of our political system, and even the illusion of religion.

The six-minute piano ballad starts off with a hint of innocence, but steadily transitions into an unwavering denunciation of newly elected president Donald Trump and religious patriarchy. The track comes accompanied with a thought-provoking visual, directed by Matthew Daniel Siskin and “everyone in America”.

The “Pure Comedy” music video uses black and white animation, which complements the grim nature of the song. Spliced between the increasingly hectic animations is stock footage of various references to religion, politics, childhood, and pop culture. Although the visual is lined with Trump-ified Pepe the Frog memes and apocalyptic doodles, the usually humorous singer-songwriter sounds nothing but utterly sincere in his latest offering.

Throughout the lengthy song, Father John's doom-laden lyricism comes to fruition atop the gentle piano progression, as he solemnly reflects on how we’ve allowed ourselves to get this far down the rabbit hole. At the end of the musical saga, Tillman provides a nihilistic ending to this thought-provoking anthem of struggle.

“Just random matter suspended in the dark/ I hate to say it, but each other’s all we’ve got,” he ominously concludes at the end of "Pure Comedy".

In addition to the newly released song, Father John Misty announced that his highly anticipated third studio album, Pure Comedy, is due out on April 7 via Sub Pop. To help build even more anticipationfor the upcoming record, Tillman teamed up with Grant James to create Pure Comedy: The Film, a 25-minute documentary about the making of the new album.

You can check it out below.