HEALTH
Why Do Weed Vapes Make You Sneeze?
AD
Cannabis concentrates are known to cause some people to sneeze. Why does this happen, and what can you do to prevent it?
Published on December 5, 2018

Maybe this has happened to you: you’re sitting in on a boring class lecture, or better yet — you’re at a company meeting — and you decide to discreetly sneak a toke off your weed vape pen.

But after stealthily exhaling a perfectly ghosted hit… you sneeze. Everyone turns to look at you. Suddenly your ninja puff has betrayed you, and everyone knows. Everyone.

If this has happened to you, rest assured that you’re not alone. It also happens to Jocelyn Mower, who used to work for Yeti Farms, one of Colorado’s largest concentrate companies. She told MERRY JANE that both vape pens and dabs tend to make her sneeze,  “especially when I’m trying a new brand or switching up strains.”

Inhaling anything can cause sneezing, but why do cannabis vapors often lead to a gesundheit?

One reason your sativa pen could be sparking sneezes is that you may have an allergy to cannabis. Cannabis is a known allergen for some unfortunate souls, as the immune system may incorrectly identify proteins from the plant as disease-causing invaders.

“Just opening jars of sauce [aka high terpene full-spectrum extract] in the facility or walking through the packaging room would give me sneezing fits,” Mower noted, “but I absolutely love the smell.”

However, most folks can take a whiff of concentrate and never experience so much as a sniffle. What gives? 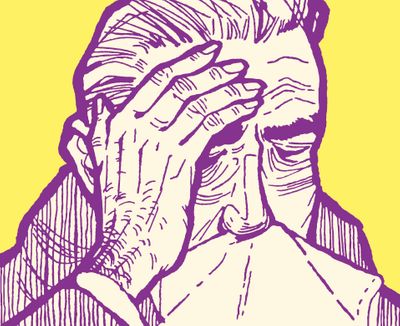 Some vape pen cartridges use fillers or cutting agents such as polyethylene glycol (PEG) to thin out the cannabis oil. Many cannabis companies have fazed out these cutting agents in favor of pure extracts, but some brands haven’t caught up.

PEG by itself could cause sneezing, but not likely. According to the Materials Data Safety Sheet (MSDS), a handy guide that chemists skim to keep from doing things like blowing themselves up, lists PEG as an inconsequential irritant.

PEG, however, can break down into some rather nasty chemicals like formaldehyde, which can choke someone even if they breathe in a small amount. Some brands of PEG are contaminated with ethylene oxide, which can burn lung tissue, so it stands that dirty PEG could probably trigger sneezing as well.

If PEG causes sneezing, why do some people achoo when they puff on purer cartridges that don’t contain it? Furthermore, what about dabbable concentrates, which are never mixed with PEG or PG? There must be something else afoot. 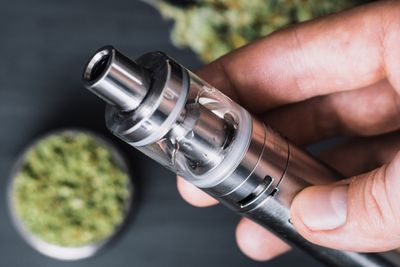 Could It Simply Be Heat?

Jackie Barrett is another cannabis consumer who regularly sneezes after hitting a concentrate. Like Mower, she also gets a tickling sinus from both vape pens and dabs.

“If I take a normal-sized hit, I cough a lot,” she said. “Sometimes I sneeze, but that’s only if I exhaled too long.”

Barrett noticed she reacts differently, depending on what she’s hitting. “With a pen, I sneeze even after baby-sized hits. With dabs, I cough way more.”

Barrett attributed her reactions to heat. Concentrates must be heated by an element to produce inhalable vapor, which means the vapor is usually hot, too. She said using a cooling method — like an ice trap or a water filter on a dab rig — seems to help. She doesn’t sneeze in that case. 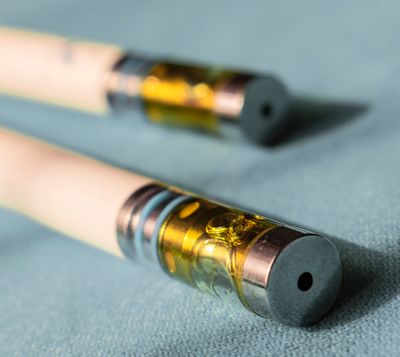 Ah, terpenes, those lovely aromatic compounds that make cannabis smell like orange peels. Or a freshly skewered skunk. According to Kyle Boyar, the vice chair of the American Chemical Society’s Cannabis Chemistry Division, terpenes may be the primary culprits behind vaping and sneezing.

“A lot of these concentrates have added terpenes in them,” Boyar told MERRY JANE over the phone. Concentrate producers often start with a distillate that’s relatively pure THC, then they add additional terpenes to enhance the scent and flavor.

“Many terpenes, like limonene or linalool, when they get oxidized, become more of an irritant or allergenic agent compared to their normal states,” he said. “Higher concentrations of terpenes in general can be irritants to some people.”

How can dabbers and vapers get around this? If someone is sensitive to the oxidized versions of the terpenes, they could store their concentrate in a vacuum-sealed container to reduce exposure to the air. Placing the concentrate in a cool, dry place until it’s time to get lit can also slow down the oxidation process.

Terpenes can degrade into irritants when they’re combusted, too. Methacrolein, a known irritant, is one of the most common degradation products generated by dabbing. Benzene, a carcinogen present in cannabis vapors and cannabis smoke, is another one. To limit your exposure to these combustion products, set the temp as low as possible. Or avoid terpenes altogether by vaping or dabbing the purest forms of extract available, such as THC “diamonds” or isolate.

These solutions, unfortunately, are speculative, since allergies and irritation vary from person to person. While PEG sensitivity may cause one person to sneeze, high amounts of limonene may be the cause for another. Still others may simply have bad luck and should avoid vaporizing or dabbing altogether.

“Some people are just susceptible,” Boyar said. “There’s no easy way around it in that regard.”

And in the age of legal, convenient weed, that’s nothing to sneeze at.

420
HEALTH
CONCENTRATE
RESEARCH
MORE...
Randy Robinson
FOLLOW
Based in Denver, Randy studied cannabinoid science while getting a degree in molecular biology at the University of Colorado. When not writing about cannabis, science, politics, or LGBT issues, they can be found exploring nature somewhere in the Rocky Mountains. Catch Randy on Twitter and Instagram @randieseljay
Share this article with your friends!
AD
By using our site you agree to our use of cookies to deliver a better experience.
Accept
Decline
MORE FROM MERRY JANE