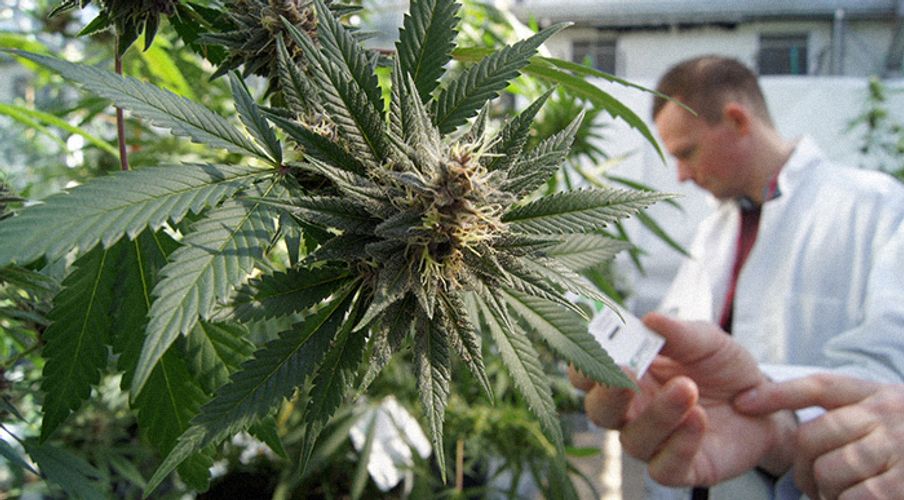 What the Cannabis Industry Is Doing to Mainstream Weed

See how business leaders plan to make MJ like any other legal product.

See how business leaders plan to make MJ like any other legal product.

At the National Cannabis Industry Association’s (NCIA) Seed-to-Sale Show in Denver, held Jan. 31 to Feb. 1, industry insiders spoke about the most prevalent issues in Colorado’s marijuana scene. At the forefront of those issues: product safety and consumer education.

On the surface, these consumer-focused problems may sound banal. In many ways, they are. There are other problems plaguing Colorado’s cannabis with much sexier headlines: complications regarding taxes, inability to access big banks, and a lack of environmental sustainability.

Packaging, testing, and presentation, however, are dominating cannabis discussions in Colorado precisely because our favorite plant is going mainstream. To truly mainstream marijuana, pot products need to undergo the same stringent safety tests as food items. And furthermore, as consumers become more educated about smoking, vaporizing, dabbing, and eating (and making) edibles, they’re getting pickier. They’re becoming, for lack of a better term, snobby. Long-gone are the days of smoking whatever nasty paraquat-pocked brick weed a stoner could get their hands on.

Nancy Whiteman, one of the founders of Wana Brands, notes customers are demanding more customization than ever before. “The overwhelming number of people coming in to a dispensary are looking for something specific they’re trying to achieve,” she says. “They’re not coming in and saying, ‘I want to get wasted.’ They’re coming in and saying, ‘I’m having trouble sleeping,’ or ‘I want something to enhance creativity,’ or ‘I have pain.’ They have something in mind that they want cannabis to do for them. People are using it selectively.”

“The industry has an obligation to grow up a little bit,” Whiteman adds. “We need a healthier approach to cannabis. That requires more education.”

Will Kleidon, the founder and CEO of Ojai Energetics, specializes in manufacturing CBD oils, tinctures, and other infused products. Over-consuming edibles, like oils, has been a major issue in Colorado ever since legalization in 2014, particularly for tourists who aren’t accustomed to marijuana-infused foods. To get around this, Ojai’s oils contain a built-in safety mechanism: plant-derived carrier molecules that instantaneously deliver the cannabinoids to the body’s CB receptors.

Ojai is currently working on this instant-hit recipe for THC edibles. The goal is to make a product that gets a person high almost immediately, reducing their chances that they’ll eat too much.

“Third-party testing can also show the efficacy of dosage,” Kleidon explains. “We standardized our product, so we can very accurately dose with consistency. That way when someone is taking it, they know they’re not getting a different range of things.”

At the moment, edibles can take anywhere from 30 minutes to two hours before they kick in, causing some people to miscalculate their dose and eat too much, too soon. In some extreme cases, this has led to emergency room visits (although no one, to date, has been permanently harmed from consuming edibles).

Kleidon relies entirely on independent lab testing to determine which of his products are safe for the market. At the moment, many cannabis companies in Colorado perform in-house lab testing, leading to issues regarding transparency—or the lack thereof.

“We do third-party testing per batch. That’s a standard consumers should demand, so they know what they’re getting,” Kleidon says. “That way, brands can build trust and guide safety and ethics.”

In order for customers—and businesses—to demand greater transparency and consistency, they need to know why these two things are important to begin with. Amy Andrle owns and operates L’Eagle Services (pronounced “legal”) with her husband. L’Eagle is an all-organic cannabis shop located in Denver, but it also educates patients and customers on the benefits of cannabis, and the safest methods for consuming it.

Since its inception, L’Eagle refused to use synthetic pesticides or fertilizers in its grow. The Andrles sit on two boards for drafting up Colorado’s pesticide and cultivation regulations. Pesticide use on pot became a national incident in 2015, when several large dispensaries were busted for using banned chemicals on their marijuana plants.

“We need to make sure we’re influencing regulation, not just the big players,” says Andrle. “We need to question the regulators and ask them how they’re doing the testing.”

Ever since the pesticide debacle, some companies began sharing their pesticide test data with their customers. Most, unfortunately, aren’t doing this. Furthermore, because there’s no official organic certification for marijuana anywhere in the U.S., there’s no standards for what is or isn’t “organic” pot.

To resolve the organic labeling problem, Andrle works with a consumer group called the Organic Cannabis Association. The OCA is drafting a bill to establish a true organic certification program in Colorado, a move that was only possible because consumers and the industry pushed for it.

Clarifying regulations, increasing consumer protections, and creating reliable products is more important than ever for Colorado and the nation’s marijuana industry as a whole. More than half of U.S. states now permit some legal form of cannabis, and eight states have legalized recreational use. With the Trump Administration mulling over new policies for America’s legal marijuana, running a tight ship is paramount to ending prohibition.

“A lot of these issues can be solved in Colorado—and any state—when companies and markets demand transparency with the products,” says Kleidon. “There’s definitely more groups coming up for transparency and seals of approval. I want to see more of that, and Colorado can be a catalyst for this.”