HEALTH
What Is CBN Oil and What Are Its Benefits?
AD
CBN is another compound found in cannabis that could treat a host of medical maladies. What does this compound do, and how could it benefit you?
Published on October 29, 2019

As medical cannabis revolutionizes modern medicine, THC and CBD may have to share the spotlight with a host of other cannabinoids. In California, for example, every year $2 million in cannabis tax revenue is dedicated to the California Center for Medicinal Cannabis Research for study on the efficacy and safety of medical marijuana, despite weed’s continued status as a Schedule 1 controlled substance under federal law. While much of this research focuses on THC and CBD, the minor cannabinoids, including cannabinol, or CBN, are also beginning to receive attention. But what is CBN oil and what are the benefits of it?

CBN oil is a cannabinoid oil rich in CBN. To make this, CBN must be extracted from the cannabis plant and then dissolved into a carrier, such as coconut oil. While not intoxicating, CBN is mildly psychoactive and has several potential health benefits that warrant further study. Most of the CBN found in weed comes from the natural breakdown of THC caused by air and light exposure. As a result, live or freshly harvested cannabis and industrial hemp will contain little or no CBN. But as the harvested flowers rich in THC age, especially if they’re left out in the open, the THC begins to degrade into CBN. So, as pot gets older, CBN levels increase.

Like many other cannabinoids, CBN shows potential as a neuroprotectant, meaning it could protect brain and nerve cells from damage. Researchers in one 2005 study found that CBN delayed the onset of amyotrophic lateral sclerosis, or ALS, in mice. ALS, also known as Lou Gehrig's disease, is a neurodegenerative disease where the nerve cells that control voluntary muscle movement die off, eventually causing complete paralysis. Although much more research — including human studies — needs to be done, CBN could one day serve as a treatment for ALS or other neurodegenerative diseases.

CBN may also relieve inflammation and pain. A small 2012 study of human volunteers found that CBN reduced collagen-induced arthritis. Other research on rats in 2002 determined that CBN can provide pain relief by altering the pain signals sent to the brain.

Patients with glaucoma may find that CBN helps treat their condition, too. Research published in 2007 by then-doctorate student Natalya M. Kogan and Raphael Mechoulam, PhD. at The Hebrew University of Jerusalem determined that CBN given with THC reduced interocular pressure in rabbits.

Gallery — Here's How to Spot If Your Weed Is Moldy

CBN could also have anticonvulsant properties, which could possibly lead to new seizure disorder treatments. Early research in the ‘70s found that THC, CBD, and CBN all showed anticonvulsant effects in rats.

In addition, CBN can fight off germs. A 2008 Italian study of antibiotic-resistant MRSA strains determined that CBN and four other cannabinoids all “showed potent activity against a variety of methicillin-resistant Staphylococcus aureus (MRSA) strains of current clinical relevance” and called for further research.

A study for five cannabinoids on the appetites of rats found that CBN increased food intake, while CBD seemed to reduce appetite. Researchers in this study, as well as several of the others mentioned, noted that CBN and THC shared many of the same therapeutic effects, adding that the minimal psychoactive properties of CBN might make it a more viable treatment for many patients and conditions. 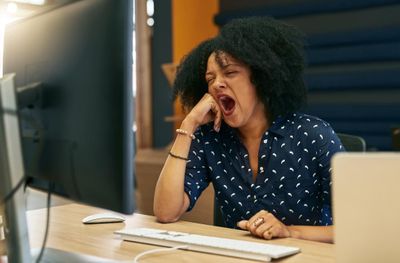 What CBN Doesn’t Do

CBN is generally considered non-intoxicating, so it’s not likely to get you high, although it is mildly psychoactive. Research has shown that CBN is more psychoactive than CBD, but CBN has only one-tenth the potency of THC on the CB1 receptor (the part of our cells that cannabinoids activate). CBN also appears to enhance the euphoric effects of THC.

Interestingly, one of CBN’s purported effects — that it makes people sleepy — isn’t supported by research. However, the idea is popular in cannabis lore and marketing.

In fact, CBN’s supposed sedative properties carries into grow practices, too. Home cultivators are commonly instructed to harvest their cannabis plants when the flowers’ trichomes are just beginning to turn amber. If allowed to go longer, the theory holds, more of the bud’s THC will convert to CBN, imparting a couch-lock effect to the high. But as early as 1975, researchers determined that while CBN seemed to increase the drowsiness caused by THC, it alone did not make the human participants drowsy. 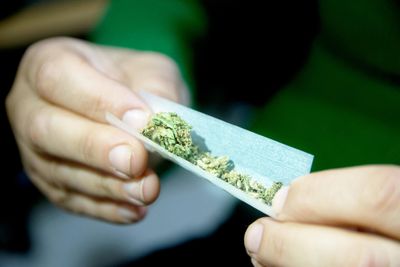 Noted neurologist and psychopharmacology researcher Dr. Ethan Russo believes that the sedative effects in old weed may be caused by changes in the bud’s terpene profile over time.

“Pure CBN is not particularly sedating,” Russo told Leafly in 2015. “But it is typically found in aged cannabis in which the monoterpenoids have evaporated leaving the more sedating oxygenated sesquiterpenoids. This accounts for the discrepancy.”

While researchers continue to study the effects of CBN, anecdotal evidence of its sedative properties and other potentially beneficial effects has fueled consumer interest in the cannabinoid. In states with legal cannabis, many dispensaries have begun to carry CBN oil tinctures and other products. Have you given it a try?

MEDICINE
THC
SCIENCE
MEDICAL MARIJUANA
MORE...
IN THIS STORY
CBD
Click to shop at our CBD store
A.J. Herrington
FOLLOW
A.J. Herrington is a freelance writer focusing on cannabis news, business, and culture and has written for publications including High Times, Sensi, and HEMP. When he's not banging away at the keyboard, you'll probably find him tending to his plants in the garden.
Share this article with your friends!
AD
By using our site you agree to our use of cookies to deliver a better experience.
Accept
Decline
MORE FROM MERRY JANE