HEALTH
What Are the Global Implications of FOSTA-SESTA?
AD
In the short period since FOSTA’s passage, its effects have already been tangibly felt in sex worker communities both in the United States and abroad.
Published on February 15, 2019

This essay by Meghan Peterson was originally published as a finalist in Slixa's call for entries on the subject of FOSTA/SESTA. MERRY JANE is republishing the top three entries with the publication and author's permission. Revisit the First Place finalist's essay here.

On April 11, 2018, the Stop Enabling Sex Traffickers Act (SESTA) and Fight Online Sex Trafficking Act (FOSTA) were signed into law. FOSTA/SESTA outlined new provisions to amend the Communications Decency Act; importantly, they note that websites can be prosecuted if they engage “in the promotion or facilitation of prostitution” or “facilitate traffickers in advertising the sale of unlawful sex acts with sex trafficking victims." In the days following SESTA-FOSTA’s passage through Congress — before it had even been formally signed into law — sex workers tangibly felt its effect.

While supporters of the law claimed to target sex traffickers, its text makes no effort to differentiate trafficking from consensual sex work. The passage of FOSTA illuminated how little congressional leaders care about, or are willing to listen to, the very same people they purport to want to save. In response to this legislation, sex workers have denounced the passage of FOSTA as it pushed sex work underground in a way that separates sex workers from tools used to maintain screening and safety.

The passage of FOSTA rests on an extensive history of abolitionist attempts to pass legislation that restrict sex work or apply paternalistic narratives to workers. The most notable example of this is the Trafficking Victims Protection Act (TVPA) of 2000. As the largest and most comprehensive anti-trafficking law, supporters claimed that the law would increase protections for trafficking victims in the United States by providing increased protections for “victims” by making them eligible for federal funding and creating immigration protections. The law also added new provisions that would enhance the capacity of federal prosecutors to target alleged traffickers. The TVPA laid the groundwork for anti-trafficking narratives and would come to set precedent for further policy that compromised the rights of sex workers.

In 2003, Congress passed a reauthorization of the Trafficking Victims Protection Act that further stifled aid to sex worker organizations that did not explicitly oppose the existence of sex work. The law outlined that no funding “may be used to promote, support, or advocate the legalization or practice of prostitution.” Since its passage, organizations that provide aid to workers on the ground have criticized the language of the legislation for forcing organizations to adopt an anti-prostitution stance. Consequences of the anti-prostitution clause have included ending services for sex workers who are at-risk for HIV. Organizations, for example, have advised declining to work with sex workers for fear of losing USAID contracts and denying sex workers critical HIV prevention services, which may exacerbate the HIV epidemic. One example of how the clause has stifled funding for HIV services is how Brazil has refused to accept UNAIDS funding that could prevent HIV infections due to refusal to endorse the United States’ moralistic agenda. This legislation served as backing for the anti-trafficking narratives that would push FOSTA into law. 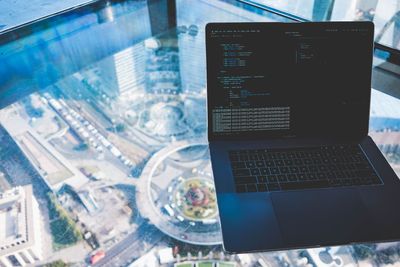 The anti-trafficking complex is a multibillion dollar industry that uses fundamentally imperialistic narratives to advance its cause. Milivojevic et al. have identified three pillars on which the anti-trafficking industrial complex is based: sex trafficking as a moral crusade against women’s sexuality; anti-migrant narratives that portray traffickers as non-white foreigners intent on harming the West through “invasive” immigration; and fear of organized sex trafficking and crime networks prompted by media. These narratives are additionally often racialized to present women who are trafficked as the migrant “Other” who are stripped of their agency and must be saved. This messaging relies on mythologies surrounding sex work to perpetuate an agenda that allows organizations to receive funding to combat the “evils” of sex trafficking.

These narratives are further sensationalized by governmental over-estimations of the number of trafficking victims. The U.S. General Accountability Office (GAO) showed that the United States does not have accurate methodology for addressing numbers of trafficking victims and that other countries do not always have accurate reporting systems. It follows that these governmental agencies are able to inflate numbers to meet their own agendas and pass legislation that serves their own interest. Support for FOSTA also came from the Senate through an initial crusade against Backpage, a website that many workers would use to host advertisements for safer screening. One of the biggest supporters of FOSTA and critics of Backpage was Senator Kamala Harris, who has been embraced by the center left as a progressive. As Reason documents, much of Harris’ work in the name of liberal feminist politics has surrounded targeting the most vulnerable women and sex workers disguised as liberating them. Harris fought against campaigns to decriminalize consensual sex work among adults and rallied behind calls for raids against immigrant-owned massage parlors in California that allegedly promoted “trafficking.” She has been labeled a “carceral feminist," defined as the use of punitive measures to achieve a feminist agenda, for espousing positions that appear palatable to liberal centrists yet intensify the carceral state.

The anti-trafficking industrial complex, which includes non-governmental organizations and legislative bodies, actively harms sex workers by promoting moralistic agendas, furthering carceral feminism, and diverting funding from workers who could benefit from social services rather than rescue efforts. Melissa Gira Grant, a journalist and former sex worker, has traced how anti-trafficking campaigns emerged from a small group of political influencers on the conservative right. For the right, sex trafficking has long been a useful tool to frame opposition to any type of sex that does not occur between a married man and woman as a human rights cause. Grant notes that anti-trafficking legislation bolstered United States imperialism disguised as humanitarianism. She claims: “though couched in humanitarian terms, the war on trafficking has done less to protect human rights than to empower law enforcement on the global stage.” Such enforcement has effectively harmed countless people who engage in sex work.

Furthermore, anti-trafficking efforts embrace “carceral feminist” policies that exacerbate the expansion of the carceral state and contribute to the surveillance of marginalized groups. Elizabeth Bernstein, a professor of women’s studies and sociology, has explored how neoliberal economic agendas and anti-trafficking politics have combined to create a convenient expansion of the correctional state. By criminalizing sex work, Bernstein states that “human rights discourse has become a key vehicle both for the transnationalization of carceral politics and for folding back these policies onto the domestic terrain in a benevolent, feminist guise.” She explains how the state has criminalized survival strategies of poor women — particularly poor women of color. In anti-trafficking narratives, the state and law enforcement are positioned as saviors rather than forces that oppress marginalized communities. By overstating the global prevalence of sex trafficking and through the emphasis on sex work as exploitation, anti- trafficking groups fail to account for more common examples of trafficking, like underpaid factory and agricultural workers, to advance their agenda. 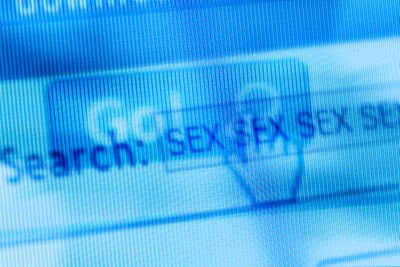 Recent assessment of the Swedish Sex Purchasing Act shows that street-involved sex workers continue to face threats of violence because they are not allowed to screen their clients who wish to act quickly out of fear of arrest. Reports also reveal that while visible sex work has decreased, it has mostly moved online, indoors and to neighboring countries. The law has therefore had little effect on actually decreasing sex work, but instead just shifted it from public sight. Many have reported stigma from healthcare workers and housing services, which disenfranchises workers from society. Criminalization there does not actually stop sex work, it merely shifts it from the public view. Other countries that have adopted similar “End Demand” models, including Ireland, have seen similar effects. In the year since Ireland brought in the Nordic model, there has been a 54% increase in crime against sex workers reported to National Ugly Mugs Ireland, and violent crime is up by 77%. The Sex Workers Alliance Ireland (SWAI) strongly opposed the introduction of this law and rightly warned that it would lead to increased violence against workers.

Public health research has shown that decriminalization may be one of the most effective ways to reduce HIV acquisition and STI incidence. A landmark series of articles in The Lancet has called for the decriminalization of sex work based on evidence-based medicine and has stated that “sex workers face substantial barriers in accessing prevention, treatment, and care services, largely because of stigma, discrimination, and criminalization in the societies in which they live. These social, legal, and economic injustices contribute to their high risk of acquiring HIV.” Sex work decriminalization therefore could lead to greater health and livelihood of workers who would not be forced to adapt risky behaviors by working underground with clients who were aware of their vulnerabilities.

In the short period since FOSTA’s passage, its effects have already been tangibly felt in sex worker communities. Workers have already reported unsafe practices in response to FOSTA, yet there has been no measurable reduction in sex work. In an “After FOSTA” survey conducted by COYOTE-RI and analyzed by SWOP Seattle, 60% of 262 participants reported that they had to take on unsafe clients to make ends meet following FOSTA’s passage. Workers also reported having reduced screening practices. Online, workers can also share harm reduction services and labor organizers resources. Given the vagueness of FOSTA, it is unclear if even these harm reduction websites that enable safer practices could be targeted by FOSTA. With these immediate effects and loss of platforms to advertise, there remains significant uncertainty over which resources or harm reduction groups could be targeted next. 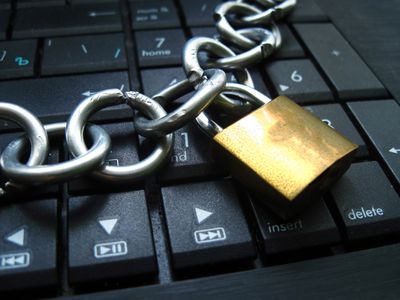 Stakeholders such as anti-trafficking organizations, legislators, and faith-based organizations have targeted sex workers by conflating them with victims of trafficking. However, United States discourse surrounding sex trafficking has applied narratives that strip workers of their agency, overstate the prevalence of sex trafficking compared to other forms of labor exploitation on moralistic grounds, and use faulty statistics to further the trafficking industrial complex. FOSTA has the potential to hold dire implications for sex workers in the United States and abroad.

Meghan Peterson is COYOTE's outreach coordinator. She is a public health researcher and sex worker rights advocate at the Brown University School of Public Health. Previously, she worked on campaigns related to health care access at the AIDS Foundation of Chicago and SWOP-Chicago. She currently researches the effects of incarceration on public health, particularly surrounding overdose mortality and HIV outcomes.

For more on Slixa and its essays on FOSTA-SESTA, visit their website here

POLITICS
WOMEN
SEX AND ROMANCE
CULTURE
MORE...
Meghan Peterson
FOLLOW
Meghan Peterson is COYOTE's outreach coordinator. She is a public health researcher and sex worker rights advocate at the Brown University School of Public Health. Previously, she worked on campaigns related to health care access at the AIDS Foundation of Chicago and SWOP-Chicago. She currently researches the effects of incarceration on public health, particularly surrounding overdose mortality and HIV outcomes.
Share this article with your friends!
AD
By using our site you agree to our use of cookies to deliver a better experience.
Accept
Decline
MORE FROM MERRY JANE