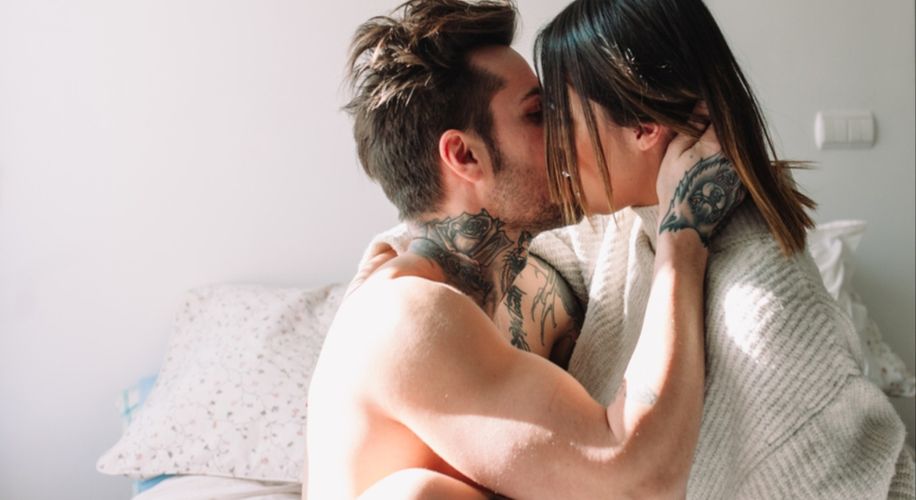 A new survey found that cannabis consumption can lead to increased orgasms, longer sex, and an overall boost in satisfaction in the bedroom.

A new survey found that cannabis consumption can lead to increased orgasms, longer sex, and an overall boost in satisfaction in the bedroom.

“Cannabis can enhance your orgasms no matter who you are,” the report said, according to Marijuana Moment. “While a satisfying sex life is the result of many variables, cannabis can increase the length, frequency of, and quality of your orgasms and pleasure sessions whether you’re single or married, solo or with a partner, young adult or silver fox.”

Nearly half of all survey respondents said they experienced more orgasms after using cannabis, especially after using THC edibles. A further 71 percent said that weed made it easier for them to reach orgasm while having sex with a partner, and 63 percent of participants said that weed helped them get off when alone.

The report notes that “respondents found that cannabis helped shorten the time it took to achieve orgasm, with or without a partner. The anecdotal and empirical evidence we collected indicates that the effects of cannabis helped shorten the time between the start of the session and the orgasm.” Respondents also reported that the duration of each orgasm increased by 14 to 46 percent after using cannabis.

Not only did marijuana products increase the duration of orgasms, they increased the duration of participants' lovemaking sessions. When using weed products, 73 percent of the respondents said they spent more time in bed with their partners, and 64 percent said they spent more time pleasuring themselves. Again, THC edibles were associated with the “most significant impact.”

Overall, 85 percent of respondents said that cannabis helped them achieve greater satisfaction during solo sessions, and 79 percent said they were more satisfied during partnered sessions. Most respondents also reported that using sex toys was more pleasurable under the influence of weed.

Researchers also looked into the impact of different cannabinoids in the bedroom. Although both THC and CBD were found to enhance the sexual experience, CBD products reportedly helped participants achieve orgasm easier, while THC led to more “intense and satisfying” lovemaking.

“For far too long, the benefits of sexual pleasure and cannabis have been overlooked and underfunded due to taboo and fear,” said Lioness co-founder and CEO Liz Klinger to Marijuana Moment. “The goal of this report is to continue to drive conversation and education about the effects of cannabis use in the bedroom, and we’re really excited to share some of the unique findings for both solo and partner sessions.”

The results of this survey confirm other, more scientific explorations of the effects of cannabis on sex. A study published in the Sexual Medicine journal found that women who use cannabis report having more positive sexual experiences than those that do not, and a more recent survey suggested that these results applied to men, as well. Researchers have found that pot users have sex more frequently than those who abstain, and couples who smoke weed together also share more intimate moments together than those who avoid marijuana.