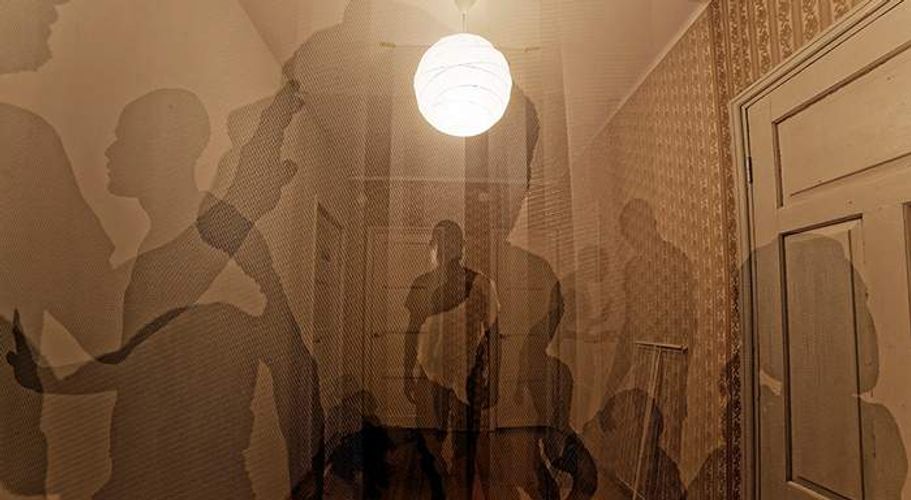 What Is the Relationship Between Weed and Déjà Vu?

Wait a minute…. Didn’t you already read this article about déjà vu and weed? Are you mistaken, or is it...? Déjà vu—or “already seen”—is that weird, vague feeling that makes us ask ourselves if we’ve experienced the moment we’re living before. If you are familiar with cannabis, then you are definitely familiar with this feeling, since cannabis is known to summon the magic that is déjà vu.

In order to understand this strange phenomenon, and how cannabis factors into the equation, you must first choose your own adventure. (The blue pill or the red pill???) For the scientific explanation, continue on to the paragraph below. For the mystical shit, skip to the part titled “Mystical Shit.” Whichever you choose, enjoy the déjà vu-themed tracks as they add to your sense of bewilderment.

A 2003 study titled “Demographic and Psychological Features of Déjà Vu Experiences in a Nonclinical Japanese Population” found that “sex, hand preference, or area of residence” had no effect on the frequency of déjà vu experiences. Déjà vu was found to be an indicator of good memory function and was experienced by people who were younger and more educated than persons who had not experienced it. (I call those inexperienced people Deja “Vurgins.”)

Researchers also discovered that déjà vu was linked with dreams and memory-related factors instead of with “dissociation-related factors of depersonalization, derealization, jamais vu, and daydreams or with mental activity-related factors such as paranormal quality and travel frequency.” (We’ll just agree to disagree with them about the déjà vu not being paranormal….)

Some brains are more prone to experience déjà vu than others. In a 1994 study called “Anatomical origin of déjà vu and vivid ‘memories’ in human temporal lobe epilepsy,” researchers observed that seizures arising in the medial temporal lobe sometimes resulted in a dreamy state and feelings of déjà vu.

Patients with vestibular disease (things like vertigo) also report déjà vu as a special feature of their disorder. A 2006 study found that feelings of derealization like déjà vu “may occur because distorted vestibular signals mismatch with the other sensory input to create an incoherent frame of spatial reference which makes the patient feel he or she is detached or separated from the world.” Trippy.

Similarly, high amounts of cannabis can make a person feel disoriented/dizzy and cause them to feel detached and out of sync with time. This may explain why cannabis can increase feelings of déjà vu. (If you’re satisfied with this explanation, then you have no imagination and can stop reading now.)

Now here’s where it gets kooky... We know that déjà vu messes with our personal concept of time...but what exactly is time??? Turns out physicists are still hashing that one out, because no one really knows. Julian Barbour, a British physicist and author is of the belief that “there is no such thing as time,” which is something I also say when I am late for things. Even Einstein said, “For us believing physicists, the distinction between past, present, and future is only a stubbornly persistent illusion.” So, if everything’s already happened, then déjà vu may just be a memory from yesterday’s future. Wait…what???

Cannabis seems to highlight the awareness that time is an illusion by messing with our sense of the present and future. In the 1971 study “Marihuana and the Temporal Span of Awareness,” cannabis users were found to have a greater concentration on the present and a “foreshortening of the span of awareness into the future.” Additionally, cannabis is reported to heighten psychic ability, as studied in the 1970 study “On Being Stoned.” This combo of time-weirdness and increased ability to have premonitions may explain why stoners have more déjà vu than non-users.

Some witches I know subscribe to the theory that déjà vu is a recollection from a past life. Science has actually found some basis to that theory. Researchers Kerry Ressler and Brian Dias conducted a surprising experiment that showed DNA memory exists—meaning things that happened to our ancestors are still in our genes affecting us today. Perhaps these genetic “past lives” are another explanation for déjà vu. Did you already read this article or was it really your great-grandmother who read it?

Déjà vu is a dream, a memory, a trick of the brain, a jump in time, a psychic premonition, a genetic past life recollection, and the result of lots of weed. It’s the one weird place where brain science, physics, and the mystical intersect…and it’s a little reminder that the universe is a strange and magical place. And, if that doesn’t make sense to you now, maybe it will when you read this in your next life.