HEALTH
Weed 101: Can Cannabis Help You Lose Weight?
AD
Cannabis is famous for making people hungry. But can this wonderful plant also help us stay fit? Yes, it can.
Published on January 10, 2020

Smoking, eating, drinking, vaping, dabbing, or otherwise consuming weed can make most folks feel ravenously hungry. This sensation, called “the munchies,” has stereotyped cannabis consumers as junk-food addicts who’ll eat anything and everything in sight while lit.

But is this characterization of the unhealthy pothead, who makes poor dietary choices, accurate? What if weed, instead of making you eat a ton of junk food and put on weight, could actually fend off the munchies and keep the weight off? 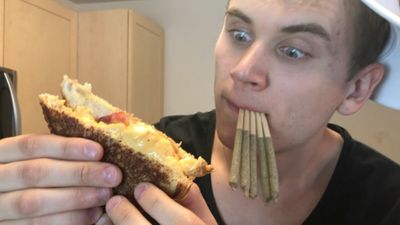 Junk-Food Claims Are Only Half-Truths

Data from weed-legal states show that shortly after legalization, snack and junk food sales soar higher than the national averages. That’s not terribly surprisingly given that smoking weed will give most folks the munchies. But many of the first states to legalize, such as Washington, Colorado, and Oregon, also saw surges in population growth as people migrated to those regions from around the country — and the world — to live somewhere where weed was legal. So, those sales upticks may simply be due to more people living in those states, too.

However, recent studies show that cannabis consumers are much healthier than the junk-food-stoner stereotype would suggest. One 2011 study found that obesity rates were over 30 percent lower among tokers compared to non-tokers. In 2013, another study found that weed smokers had smaller waistlines and more insulin sensitivity than those who didn’t touch pot. Scientists suspect that regular cannabis use may regulate body weight, metabolism, and blood-sugar levels, though why that happens remains a mystery.

A cannabis consumer’s lifestyle choices also plays a role. In 2019, a Colorado study found that among 600 cannabis consumers surveyed across California, Colorado, Nevada, Oregon, and Washington, 82 percent said they regularly got lit just before or just after exercising. Although the small sample size may not represent the average pothead, the survey results indicate that the typical cannabis consumers on the western half of the US are physically active and not couch-locked burnouts.

Why are so many cannabis users avid athletes, though? Weed and working out go hand-in-hand, since cannabis can relieve pain caused by intense exercise, and its anti-inflammatory properties can reduce swelling in overworked muscles. As a workout aid, cannabis then acts indirectly to help with weight loss. 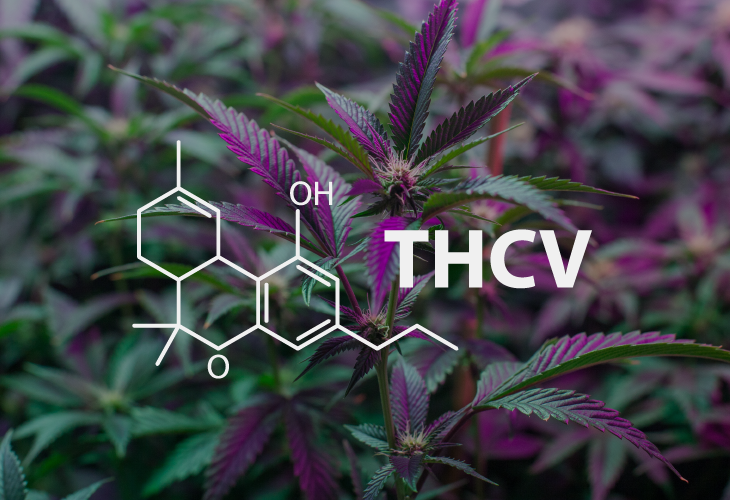 There’s more to weed’s weight-loss powers than just enhancing workouts. THC and CBD are the two most well-known cannabinoids found in cannabis. Cannabinoids are a class of chemical compounds that interact with our cells’ CB, or cannabinoid, receptors. When we consume THC, or tetrahydrocannabinol, the molecule triggers chemical signals in our bodies that make us feel hungry.

However, there’s another cannabinoid called THCV, or tetrahydrocannabivarin. Not all cannabis strains produce THCV, making it much rarer than THC. But unlike our beloved THC, THCV is known to suppress appetite, so much so that cancer patients who rely on weed to keep their food down are advised to stay away from strains or products containing THCV.

Yet, not everyone who consumes cannabis needs to stimulate their appetite. If you’re trying to control your hunger pains and keep your caloric intake to a minimum, then THCV may help you lose weight. 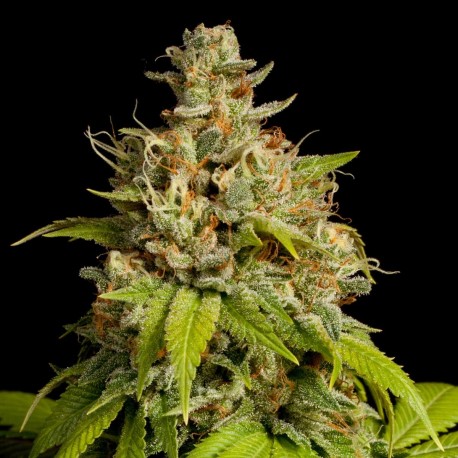 THCV is naturally found in some Afghan and African cannabis cultivars such as Durban Poison, which traditionally boasts the highest known levels of THCV. Strains bred from Durban Poison, such as GSC (aka: Girl Scout Cookies), Pie Face OG, and Tangie also contain significant amounts of THCV. Dutch Treat, Jack the Ripper, and Skunk #1 reportedly produce enough THCV to stave off the munchies, too.

Not all strains are cultivated equally, though. Weed genetics contribute to cannabinoid production, but how weed is grown, cured, and stored affects THCV production, too. It’s possible that the Durban Poison or Tangie flower you pick up at a dispensary may not have much THCV. For consistency, consider infused or extracted cannabis products that contain THCV, such as SuicideGirls’ Zero vape cartridge, Level Blends’ Stimulate THCV Tablinguals, Doug’s Varin RELIEF vape pen, or PAX Era’s Dutch Treat vape pods.

Basically, weed alone probably isn’t going to help you lose weight. But if you responsibly combine the right cannabis products with an effective diet and exercise regimen, cannabis could be the perfect complement for a fitter, more active lifestyle.

420
THC
CULTURE
CANNABINOIDS
MORE...
IN THIS STORY
CBD
Click to shop at our CBD store
Randy Robinson
FOLLOW
Based in Denver, Randy studied cannabinoid science while getting a degree in molecular biology at the University of Colorado. When not writing about cannabis, science, politics, or LGBT issues, they can be found exploring nature somewhere in the Rocky Mountains. Catch Randy on Twitter and Instagram @randieseljay
Share this article with your friends!
AD
By using our site you agree to our use of cookies to deliver a better experience.
Accept
Decline
MORE FROM MERRY JANE