HEALTH
Wait, Is Weed Bad for You in Any Measurable Way?
AD
Cannabis advocates and activists alike often take a strong stance that weed is completely harmless and wholly beneficial. But are there some downsides to this amazing plant?
Published on August 9, 2019

Is weed bad for you? It’s a loaded question, but it’s relevant. More Americans are smoking weed now than ever before. And every week, we’re bombarded with study after study, with one claiming that weed definitely helps us and another claiming it’s bad for us.

At MERRY JANE, we try to balance the good with the bad when it comes to cannabis. That’s not an easy task, especially since it’s so painfully obvious that weed offers far more benefits than disadvantages. Good and bad are also highly subjective, and how weed could be good or bad for you depends on a lot of factors: why you’re consuming, how often you do it, where you’re doing it, etc. So, here’s a handy guide to walk you through some of the (relatively minor) downsides of cannabis consumption.

We’re going to assume that you already know cannabis can combat chronic pain; protect our brain and nerve cells; increase empathy and sociability; treat cancer, AIDS, and seizure disorders; and can prevent, if not reverse, damage caused by cellular oxidation (aging). So, with that beneficial acknowledgement aside, let’s delve into some of the side effects associated with cannabis use. Of all the bads that come with ganja’s good, this one has, inarguably, been experienced by every single person who’s ever gotten lit. The deadpan “What?” response to any given question has become a bit of a stoner stereotype over the years — but there's some merit to it.

THC, the intoxicating component of weed, disrupts our short-term memory formation. This is why, after hitting the bong, you might spend an hour looking for your car keys — you know, the keys that were in your pocket the entire time.

Thankfully, this short-term memory disruption thing is temporary. Simply ceasing to toke should restore your mental faculties to normal. Anyone claiming that weed causes permanent brain damage is either ignorant of the science, named Kevin Sabet, or intentionally lying to you. 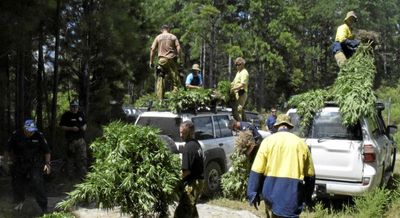 Weed Can Get You in Trouble with the Authorities

Even in states that have legalized weed, tokers can still get in trouble with the cops, child protective services, courts, medical doctors, or employers for overstepping the law (or overstepping an interpretation of it).

Ironically, laws against cannabis possession, cultivation, and sales may be the biggest bads weed has to offer. And that’s easily remedied with legal reforms, decriminalization, and enlightened judges and juries. In other words, prohibition is the problem — not cannabis. 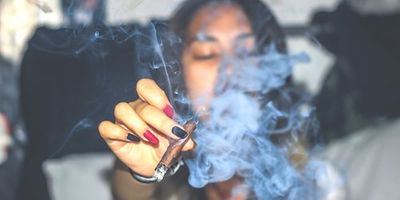 Smoking Weed Could Cause Some Cancers

Smoking anything introduces toxic free radicals into the body, and smoking cannabis is no exception. That’s because smoking uses intense heat to combust plant material, and as the plant material combusts, a chain reaction of free radicals storms across the bowl or blunt and directly into your lungs. Thankfully, natural chemicals in weed can quench these free radicals, but some may escape the plant’s healing powers, wreaking havoc on our DNA.

The link between weed and cancer is tenuous, at best, especially when we consider that components of cannabis are more likely to kill cancer cells than create them. But also consider the cases of two world-famous cannabis heroes, Tommy Chong and Bob Marley. Both developed cancer, and one died from it (Marley). Chong, on the other hand, is still puffing the cheeba to this day.

If weed automatically fought cancer, how did these two men — who smoked so much weed that they immortalized the plant in film and music — get sick? To find out, last year I contacted one of the most respected minds in cannabis science, Dr. Manuel Guzmán — a cancer researcher at the University of Madrid.

“I frankly cannot understand how people can still ask that question,” Guzmán responded in an email. “What is carcinogenic is not cannabis but SMOKING cannabis. As SMOKING tobacco. In other words, the problem is the combustion of the plant. As simple as that.”

Smoking herb probably won’t harm most people’s lungs, but if you’re concerned about damage from smoke, you’ve got a lot of other options for getting weed into your system. Eat it, drink it, snort it, as the renowned narrator Morgan Freeman once quipped. 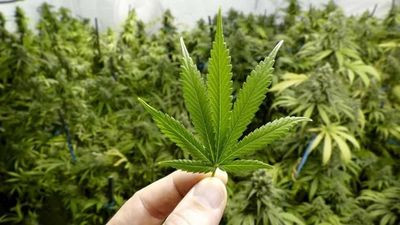 Weed Can Cause Convulsions or Increase Pain

Uh oh! Weed can cause convulsions or worsen pain? But isn’t it used to treat these two things?

In some susceptible people, yes: weed can make these two things worse, not better.

Scientists aren’t entirely sure why, but it may be due to cannabis’s ability to regulate (or in this case, fail to regulate) neural signaling. For these unfortunate folks, weed can increase pain sensations or induce convulsive activity. They’re in the minority compared to the rest of us, though. 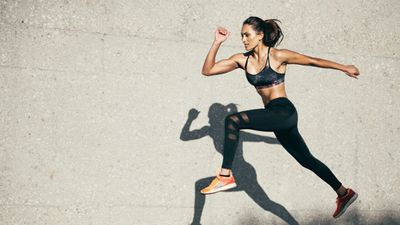 Another incredibly controversial claim is that weed could cause heart attacks or strokes in some susceptible people. Jack Herer, acclaimed weed activist and author of the ground-breaking book on hemp, The Emperor Wears No Clothes, suffered a stroke and two heart attacks, and the last heart attack took his life.

But cannabis is also said to enhance physical activity — particularly cardiovascular excercise, such as running, swimming, and many extreme sports — making certain strains an ideal pre-workout supplement. So, the jury is still out on this one, because depending on how it's used, weed can also enhance cardiovascular health. 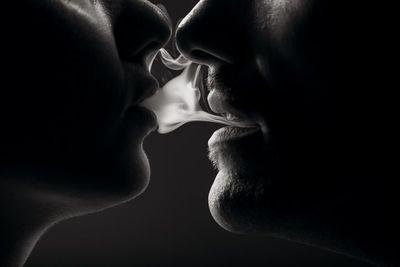 This is another contentious claim, but studies show that weed can inhibit sperm motility or egg-to-uterus implantation. Yet, cannabis consumers don’t appear to suffer from infertility/sterility at higher rates than non-tokers, so this “bad” may be the result of experimental artifacts rather than real-world consequences. Besides, other research shows that tokers produce more sperm, so take that for what it’s worth. Cannabinoid hyperemesis syndrome (CHS) has been dubbed by the press as the “mysterious vomiting illness” caused by weed. And without diving into another 2,000-word exposé on the subject, no: it’s not caused by pesticides, neem oil, or any other artificial additive that weed warriors can think up. Doctors and toxicologists are pretty sure that it’s caused by weed’s cannabinoids, they just don’t yet understand how, exactly.

Again, like most of the “bads” listed above, CHS only affects a small number of susceptible people, and it’s incredibly rare. CHS patients usually have to stop consuming cannabis (and coffee and chocolate) to prevent future vomiting episodes, though some claim they’re just fine if they only consume small amounts.

So, to sum all of this up: weed can have its downsides, like pretty much everything else we put into our bodies. These downsides crop up on a person-to-person basis, and researchers are still making sense of all the data they’ve recently collected.

Ultimately, the person who best knows how you'll react to weed is you, so judge your own consumption and behaviors accordingly.

That aside, toke responsibly, stay safe, and let us legally access this plant nationwide already.

420
CBD
HEALTH
THC
MORE...
Randy Robinson
FOLLOW
Based in Denver, Randy studied cannabinoid science while getting a degree in molecular biology at the University of Colorado. When not writing about cannabis, science, politics, or LGBT issues, they can be found exploring nature somewhere in the Rocky Mountains. Catch Randy on Twitter and Instagram @randieseljay
Share this article with your friends!
AD
By using our site you agree to our use of cookies to deliver a better experience.
Accept
Decline
MORE FROM MERRY JANE