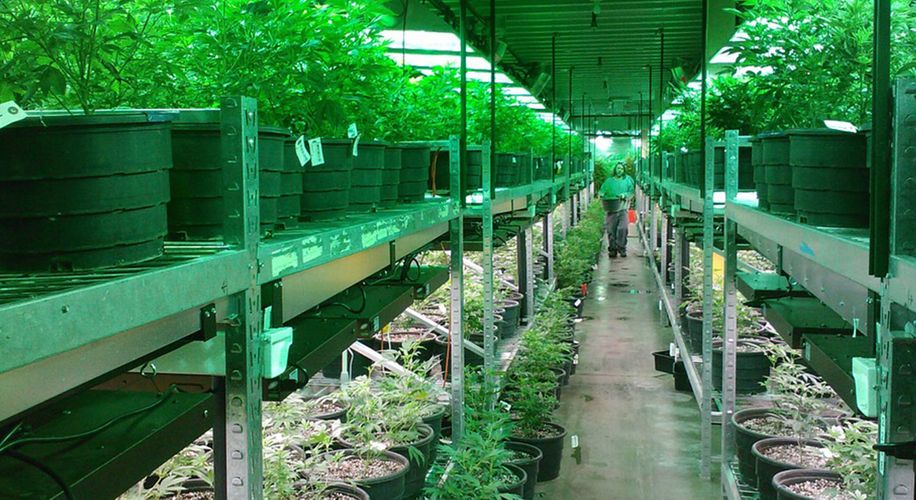 The Complex World of Cannabis Lab Testing: Dangerous Pesticides and How They Go Undetected

"The practice of using these toxic pesticides is too common, but it’s impossible to estimate the total percentage of bud affected, or how widespread the problem is."

"The practice of using these toxic pesticides is too common, but it’s impossible to estimate the total percentage of bud affected, or how widespread the problem is."

For more on lab testing, revisit our article from last week: The Complex World of Cannabis Lab Testing: Ethics, Regulations, and Lack Thereof

California’s recreational Prop 64 goes into effect January 1, 2018 with a slew of regulations, monitoring not only the pesticide levels allowed in cannabis products, but the previously unregulated labs testing them. A solid testing system would entail manufacturers sending their extracts, edibles, or flower to an independent distributor, who would take them to an independent lab. The lab would then tell the distributor exactly what was in the product, from cannabinoid and terpene profiles, to microbiological impurities and harmful pesticides. The product would either pass or fail, and we’d all know what’s up. However, as lab testing isn’t yet mandatory — marijuana isn’t federally legal, and therefore isn’t regulated by the FDA — an immensely profitable industry operates unsupervised. Not everyone wants you to know what’s lurking in the products they’re selling you.

The use of pesticides in cultivation magnifies a division in the cannabis community, separating veterans concerned with integrity from newcomers concerned with cash. As we explored last week, California’s transition to legality has sparked an inundation of the latter, with investors from other industries thinking they can throw money at a grow, sit back, and then count paper come harvest time. However, growing top-shelf weed is hard. Mites, molds, and other bane can ruin a crop, causing massive fiscal loss for all involved. To prevent all this, pesticides are often utilized by those new to the industry, as these players lack organic farming knowledge and can’t harvest without them. This isn’t good. Though pesticides like Eagle 20 can boost bud’s appearance, the chemicals are toxic and they shouldn’t be consumed, much less combusted and inhaled. But how often does this happen? And how will reckless growers be held accountable in the upcoming months leading up to recreational legalization in California?

To understand the role pesticides play in lab testing, Pete Pietrangeli, owner of Melrose dispensary LA Confidential, linked me with fantastic sources. Dr. Jeff Raber, “the most informed professional I know revolutionizing the cannabis industry,” according to Pete, is CEO of The Werc Shop, an independent testing facility out of Washington. Alec Dixon is the co-founder of SC Labs, one of the most reputable independent lab testing facilities in California, and Steve DeAngelo, author, activist, and founder of Harborside Health Center, who was recently named one of the most the most powerful people in cannabis by Fortune Magazine.

“You see different sides of the industry come through,” says Alec Dixon of SC Labs. “There are movement growers, who’d never consider spraying a pesticide because they believe they’re part of something bigger, and then there’re people just in it for the money. The money people have it built into their cycle that every time they launch flower, they fog the room.”

Many of these commercial growers are involved in the alarming practice of using pesticides intended for ornamental flowers to boost their crop. Dr. Jeff Raber explains, “When you see a plant growth regulator that’s only allowed on an ornamental, you’re never supposed to eat that, let alone smoke it. Myclobutanil (Eagle 20) is also approved for apples and grapes, but it’s certainly supposed to be washed off before consumption. The practice of using these toxic pesticides is too common, but it’s impossible to estimate the total percentage of bud affected, or how widespread the problem is, due to the lack of regulations on labs.”

While many focus on the presence of pesticides in edibles, the true danger exists in flower and concentrates. “When you combust Eagle 20, it’s not the same as eating Eagle 20, having it go though your liver to be broken down into something less harmful,” says Dixon. “When you’re smoking it, you’re combusting it into hydrogen cyanide, specifically one of the reasons why this fungicide will be more restricted than permitted for use on cannabis. While there haven’t been many cases correlating someone’s illness to pesticides on weed, there isn’t much known about the chronic toxicity (e.g. build-up over time) of many of the pesticides used on marijuana.”

In a recent NBC Los Angeles article that quoted Dr. Raber, a man named Todd Guillion said he believes symptoms like loss of balance, blurry vision, and hearing “shutting off” are directly related to “Bhang” cartridges, despite the doctor’s inability to link his symptoms with the presence of pesticides in the oil. Guillion claims to have experienced these symptoms for the first time after inhaling a Bhang cartridge, a company that boasted lab testing for the absence of pesticides on their now-deleted website. However, when Gullion sent his Bhang cartridge into Steep Hill Labs for independent testing, they found 355 times the amount of myclobutanil (Eagle 20) allowed on flower in states like Oregon.

Even well-intentioned farmers can fall victim to the ubiquitous presence of pesticides in the industry and beyond. For example, growers often knowingly use pesticides, or they unknowingly buy a clone that had already been exposed. In some cases, their growing environment has been contaminated — a common problem in California, where the agricultural landscape is plagued by aerial spraying and tainted soil. However, those farmers dealing in extracts like butane hash oil add the devastating obstacle of risking contamination through an extractor’s dirty closed loop system.

“There’s a much higher potential for wax to be contaminated than flower,” says Dixon. “In flower we typically see anywhere from 15-25% pesticide detection rates, and in extracts we see as high as 75%, depending on the process. Closed loop extraction has the highest point of carryover and cross-contamination of pesticides,” meaning the shatter your buddy made could very well be unsafe. Dixon continues, “If you run a person’s herb, the pesticides can end up staining the inside of the machine and the butane, which is then recycled and used with someone else’s herb. People end up giving back extract to completely organic farmers that fails [tests] for pesticides.”

Instagram hashtags like #bhno provide a platform for uninformed dabbers to fret about butane, a relatively benign substance present at every BBQ, while pesticides cake extract manufacturing equipment, poisoning their wax. Dixon explains, “People are making as many batches as they can. They don’t want to take their machine down for six hours to fully sterilize [it].”

The lawless days of unethically-garnered profit are numbered. Come January 1st, regulations on pesticide levels, and the labs testing for them, will make it much harder to move tainted product in California. “No limits existed until Oregon created a list of pesticides, with action limits that create a pass/fail system for every product trying to go on the market," Dixon tells MERRY JANE. "Oregon’s list has over fifty pesticides on it, each pesticide with a different action limit based off their research in toxicity data. California will be implementing a similar system.” Businesses will shutter, from dishonest cultivators to the extractors polluting honest grower’s weed.

A breakdown of how much of each pesticide is allowed to be used on cannabis in Oregon. Table via the Oregon Health Authority.

“It’s hard for me to imagine any responsible government entity anywhere not making sure all products destined for human consumption are safe to be consumed,” says Steve DeAngelo of Harborside Health Center. “That’s a basic governmental responsibility. A good testing program’s going to catch most of the issues we worry about, whether chemical residues from nutrients and pesticides, the presence of fungus or mold, or the presence of any other contaminants that may have been added to the cannabis.”

While the future looks bleak for lazy growers hoping to make a quick buck through possibly-dangerous products, Dixon offers an optimistic outlook for the little guys: “Pesticide regulations are going to benefit the cottage industry farmer who’s been doing it all their life, while the dude coming in from the outside with millions, thinking they can put money into growing weed and crush it, is going to be screwed. Without a deep, fundamental awareness of organic farming, and how to preventatively deal with incoming pests or pathologies, they won’t know what to do but use these terrible pesticides, which will no longer be allowed.”

Cannabis brands have only months to grasp the reality that the industry is going to tighten dramatically. Those intending on going legit have already begun the process. “This is really the year of reckoning for pesticides,” says Dixon. “People are either going to wake up, or they’re not. The next couple months should be considered a grace period for everyone to figure their shit out.”

Lindsay MaHarry is a freelance writer based in Los Angeles. Her work has appeared in Vice, The Observer, Bullett, Gawker, Fanzine, and others. Follow her on Instagram and Twitter.