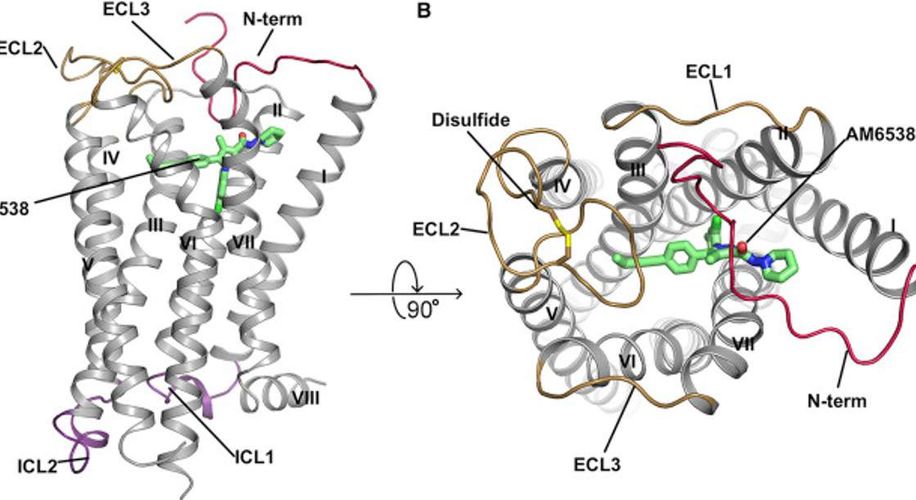 For the first time, scientists have pieced together the structure of the cannabinoid receptor 1(CB1) in the brain. A team of scientists, led by co-author Dr. Raymond Stevens, have defined how THC binds to receptors present on the nerve cells of the brain. By connecting the dots, scientists can engineer more effective medicine with less side effects.

The new study, published in the medical journal Cell, sets a precedent for cannabinoid research. CB1 receptors are the principal target that THC latches onto. "Researchers are fascinated by how you can make changes in THC or synthetic cannabinoids and have such different effects,” wrote Stevens. “Now that we finally have the structure of CB1, we can start to understand how these changes to the drug structure can affect the receptor."

The synthetic family of drugs called spice wreaks havoc every year. "[...] we need to understand how molecules like THC and the synthetic cannabinoids interact with the receptor, especially since we're starting to see people show up in emergency rooms when they use synthetic cannabinoids," stated Stevens. The new research could help doctors understand why some batches are stronger and more dangerous than others. Spice-related products caused nearly 8,000 poison control center calls last year.

Understanding the crystal structure of the CB1 receptor is the only way stronger medications can be developed. The team of researchers synthesized AM6538, a molecule that tightly binds to CB1 receptors. CB1-AM6538 complex reveals key features of the receptor and critical reactions from antagonist binding. AM6538 was specifically designed to help the team understand the receptor's structure.

The business of pharmaceutical cannabinoid drug development for HIV and cancer could also benefit from the new data on how THC “docks” in the brain.