HEALTH
Pot for Pearly Whites: Does CBD Have a Place in Dental Care?
AD
Could CBD become the next big trend in dentistry?
Published on May 9, 2019

Let’s face it: no one likes going to the dentist. Nearly a quarter of adults fear going to the dentist, according to a Dutch study, and dental phobia is more common than a phobia of heights or spiders. And while I wouldn’t say I’m afraid to get my teeth worked on... when I’m in the chair, I’ll admit I usually end up white-knuckling the armrest.

My last visit for a checkup and cleaning was no different. It wasn’t a bad experience, but my gums were sore after. This got me thinking: What if I had taken CBD beforehand? Would I have experienced less anxiety or less discomfort?

My dentist discovered a small cavity during my visit, so I had an opportunity to test my hypotheses. And with a little research, I not only learned that using CBD before a dental appointment is an emerging trend, but there are also potential applications for cannabinoids in preventative care. 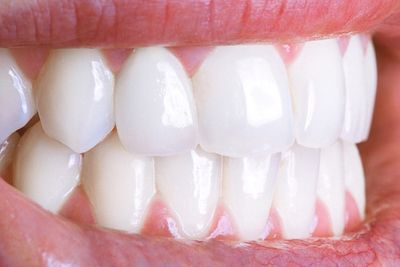 Dr. Jared Helfant, who practices dentistry in Broward County, Florida, recommends CBD to patients to relieve anxiety before and during visits. Helfant told MERRY JANE that he started looking into CBD as an alternative to the options commonly used to ease apprehensive patients.

“There are a few ways that dentists help with their patients’ anxiety,” he said. “One is nitrous [laughing gas], but that only helps when you’re there — it doesn’t help with your fear on the way to the dentist. The second is benzodiazepines, which are highly addictive and not as good for your body as using CBD.”

To relieve the anxiety of an office visit, Helfant recommended a dosage of 1-1.5 milligrams of CBD per 10 pounds of body weight about an hour before an appointment. A dose earlier in the day or even the night before can be taken if anxiety’s already struck, but Helfant recommends no more than two doses per day. CBD taken before a dental procedure, and again as anesthesia wears off, will also help prevent or lessen the associated pain.

Helfant said he believes that CBD isn’t just useful in the office, it’s also a way to prevent and treat oral health issues. Why? Because cannabidiol has antibacterial properties.

“CBD also helps with pain after your procedure because it reduces inflammation greatly,” he explained. “By reducing inflammation, it helps with gingivitis, sensitivity, receding gums, even TMJ [jaw joint] issues. Plus, if you’re nauseous from a dentist prescribing an antibiotic or from taking anesthesia at the dental office, CBD can definitely help with that nausea aspect of it, as well.” 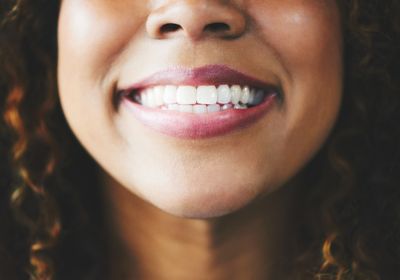 Helfant isn’t the only dentist who’s recognized the usefulness of CBD in dental care. Dr. George Anastassov saw the potential of cannabinoids in oral preventative care and overall health, and founded Axim Biotechnologies to explore the opportunity.

His work led to product patents, including cannabinoid toothpaste, mouthwash, and chewing gum. John Heumoeller, the CEO of Axim, told MERRY JANE that the company's full-spectrum hemp oil gum is currently available. He also said that studies have shown that gum chewing is good for the teeth and can contribute to oral health. Axim’s formulations not only include cannabidiol, but also another cannabinoid currently receiving a lot of interest — cannabigerol, or CBG.

“Both CBG and CBD are natural antiseptics by themselves,” Huemoller explained, “and both are anti-inflammatories.”

Axim’s toothpaste is currently in its initial production run and is expected to be available to consumers in the third quarter of 2019. Huemoller believes that these cannabinoids, when combined in a toothpaste, can help prevent and treat painful and inflamed gums. At this time, however, the company currently has no plans to prove the effectiveness of the product through clinical trials. 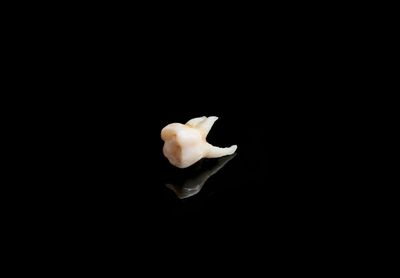 When it came time to have my cavity filled, I took a 20-milligram dose of CBD via the Optimize Tonic by Real Wellness, Ricky Williams’ cannabis line, an hour before my appointment. Right before leaving the house, I repeated the dose and added another 5 milligrams of CBD, alongside a packet of Arcana-lyte hydration powder by Arcanum for an extra quick-absorbing boost (although I’ll admit, I mixed it with far less than the recommended 16 ounces of water so I wouldn’t have to pee while I was in the chair!).

When I got to Dr. Sasson Brumand’s office, I told him I was trying CBD and asked his thoughts. He was quite knowledgeable, having researched CBD before recommending it to his mother to treat her chronic arthritis. Brumand said that she found more relief when she took CBD in conjunction with her other medications.

“She’s benefitted quite a bit from using it because it does get rid of pain,” he explained. “Nothing else seemed to work as well.”

Brumand sees the potential for using CBD to treat dental pain and the anxiety of an office visit. But he is less sure of the value of cannabinoids in preventative products, saying he’d like to see research proving their added effectiveness in addressing the causes of gum disease and tooth decay.

“If the underlying factors such as build-up, tartar, and calculus are there, then using any kind of toothpaste would not relieve inflammation because the source of the problem is still there.”

Helfant also wants to see more research into the health care applications of cannabinoids. His desire to avoid opioids and other potentially addictive pharmaceuticals led him to invest in California’s legal cannabis market to further explore the medicinal value of cannabinoids, including THC. He’s now the president of Sparx Cannabis, a vertically integrated cultivator, manufacturer, and distributor with more than 100,000 square feet of greenhouse production in Monterey County.

“I feel that THC and CBD products are really just at the forefront of the way they are going to be able to help patients in dentistry and other medical fields,” Helfant said. “We’re just now touching on all of the effects and all the ways it can help.” 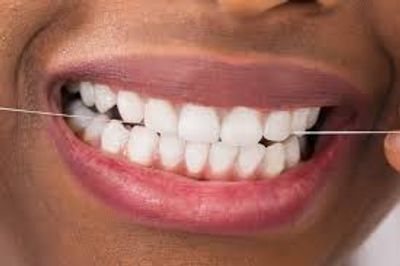 As for my personal (admittedly not scientific) experiment, I believe taking CBD before having my cavity filled was beneficial, but I wish I had taken more. Although I was very relaxed during the five-minute drive to the dentist’s office, I soon realized that my familiar tight-fisted grip on the chair had commenced with the whine of the drill.

I experienced no pain, however, even when the anesthesia was injected and after the numbness had worn off. But due to this experiment, I’ve decided to make CBD a part of my future dentist visits, my next one being three months away.

I think I’m going to start dosing for it now.

CBD
HEALTH
CALIFORNIA
INDUSTRY
MORE...
IN THIS STORY
CBD
Click to shop at our CBD store
A.J. Herrington
FOLLOW
A.J. Herrington is a freelance writer focusing on cannabis news, business, and culture and has written for publications including High Times, Sensi, and HEMP. When he's not banging away at the keyboard, you'll probably find him tending to his plants in the garden.
Share this article with your friends!
AD
By using our site you agree to our use of cookies to deliver a better experience.
Accept
Decline
MORE FROM MERRY JANE