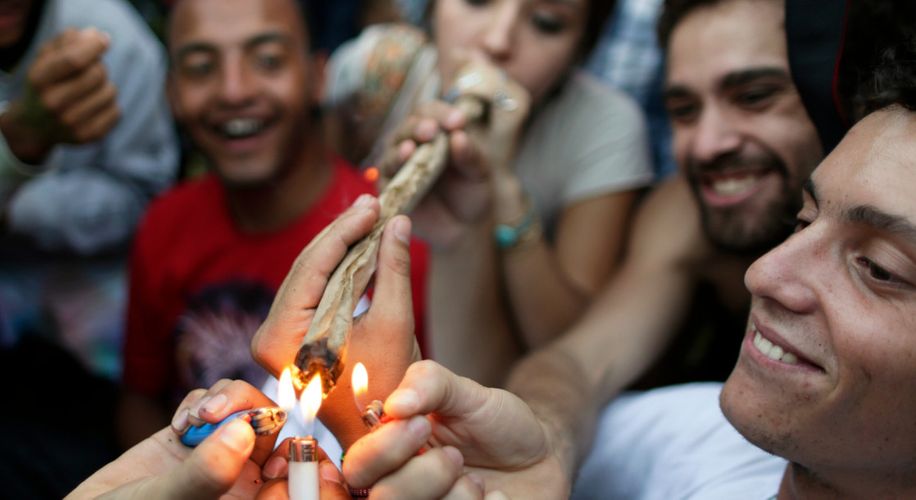 Instead of preaching “just say no,” therapists are encouraging teens to “just wait” to try pot.

Instead of preaching “just say no,” therapists are encouraging teens to “just wait” to try pot.

New research into the effects of cannabis suggests that although marijuana has proven to be much safer than alcohol or other addictive drugs, it still may pose a risk to teens' cognitive development. Sion Kim Harris, a research scientist with the Center for Adolescent Substance Abuse Research at Boston Children’s Hospital, said that teens who use marijuana heavily often show disadvantages in neurocognitive performance and brain development.

The brain's electrical pathways are not fully formed until a person is in their mid-20s, and can adapt and change more readily than the brain of an adult. THC, the primary psychoactive ingredient in cannabis, binds to the same neurons as a natural brain chemical called anandamide. If these neurons remain less active, a young person's brain can develop less of them, reducing the ability to form memories.

Harris said that some people who regularly used marijuana as teens have developed structural problems with the myelin sheaths that electrically insulate the brain's neurons. “So the implication is your brain is slower,” she said. “There’s a problem with cognitive processing. It’s not as sharp or as strong. It’s harder to maintain focus.”

“I don’t care who uses, or how often, if you’re over age 30,” Harris said. “But we’re seeing these critical developmental issues in people up to their mid-20s.” Jennifer Golick, a California-based therapist who deals with teen substance abuse issues, recommends that teens “just wait” to use marijuana.