HEALTH
Illinois Is Prioritizing Pot Over Pills — Why Aren’t More States Following?
AD
Illinois is actively embracing medical marijuana to curtail the opioid crisis. Could the state's model be a potential blueprint for the rest of the country?
Published on February 27, 2019

“When we are dealing with opioids as the single biggest health crisis this state has ever had, you are going to tell me legalizing more drugs is the answer?”

This was the quote offered to the New York Times by New Hampshire Governor Chris Sununu last fall when asked if cannabis may be a viable option to combat the opioid epidemic currently ravaging the United States.

While Gov. Sununu’s analysis is disheartening for cannabis advocates who see pot as a safe alternative to prescription painkillers, his words are reflective of a larger consensus that refuses to accept the medicinal value of cannabis by instead relegating it to the insidious and stigmatized category of “drugs.”

Some may rightfully distinguish between the concept of drugs as medicine and narcotics as more nefarious substances that offer (often fleeting) pleasure but no recognizable health benefits. However, until this distinction is universally held in the minds of citizens and the press, the commentary of individuals like Gov. Sununu represents a mighty obstacle in the path to widespread acceptance of cannabis as medicine.

Lest anyone wonder whether opioid abuse does indeed represent a domestic crisis, they need only turn to the numbers. According to the U.S. Department of Health and Human Services, 11.4 million people misused prescription opioids in 2017. In that same year, over 130 people a day died from opioid-related drug overdoses. That’s 47,600 lives lost in 2017 to opioid overdoses (or 70,237 if you included deaths from illegal opioids), and the data from 2018 gives no indication that things are getting better.

Fortunately, not every state leader has opted to conflate opioids and cannabis as two sides of the same illicit coin.

Last October, New York state officials decided to add opioid use disorder to the list of conditions that qualify doctors to prescribe medical marijuana. In Illinois, state Senator Don Harmon decided to take action by sponsoring the Alternatives to Opioids Act last May.

The bill — which Illinois Governor Bruce Rauner signed into law in late August — allows for state doctors to prescribe medical marijuana for any patient that qualifies for an opioid prescription. Furthermore, it also eliminates some of the barriers of the medical cannabis program in Illinois, like criminal background checks and fingerprinting, to ensure quicker and less prejudiced access to safe pain relief.

Speaking with the Chicago Tribune, Illinois Department of Public Health Director Dr. Nirav Shah acknowledged that initiatives like the Alternatives to Opioids Act “frankly just make sense.” The available science on the issue seems to affirm Shah’s conclusion. One of the most widely-cited studies on the subject is a 2017 report from the National Academies of Sciences, Engineering, and Medicine.

The authors of that report offered several key findings, including the conclusion that there is “conclusive or substantial evidence” that cannabis or cannabinoids are effective for treating chronic pain in adults. Given the number of confirmed deaths from an overdose of cannabis remains at zero (despite some wildly inaccurate claims to the contrary), it thus seems logical to consider cannabis as a vastly preferable alternative to prescribing painkillers.

In February, U.S. senators raised the question of cannabis as an answer to the opioid crisis during a hearing which doctors were called to testify about the latter’s status as a full-blown health epidemic. Several physicians were cautiously optimistic about the role cannabis could play as an alternative to opioids, while others lamented that pot’s federal status was severely hampering research efforts and thus limiting conclusive evidence about the plant’s medical efficacy. 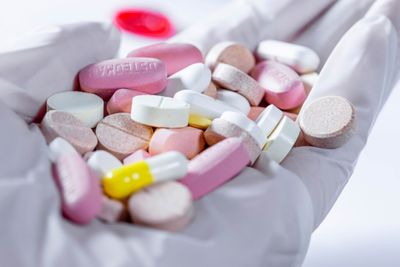 Last month also saw Illinois put the Alternative to Opioids Act into action. According to Dan Linn, Executive Director for the Illinois chapter of the National Organization for the Reform of Marijuana Laws (NORML), the early results have been promising.

“The OAPP has been a success so far,” Linn said in an email interview. “Patients are able to gain immediate access once they submit a complete application to the [Illinois Department of Public Health] and more patients are able to qualify for medical cannabis than ever before in IL.”

While he does note that there have been some issues with educating physicians on the existence of the program, as well as its logistical details, he is notably encouraged by what he’s seen.

“Overall,” Linn says, “the program seems to be very helpful so far since it launched.”

A Chicago Tribune feature published to coincide with the launch of the program put a face to the issue by profiling 31-year-old Tashena Altman. Altman suffers from sickle cell anemia, and told the paper that she had previously relied on cannabis purchased from the illicit market to help wean herself off of the numerous opioids her doctors were prescribing her.

A mother of two — including one child with substantial disabilities — Altman is one of the 22.9 percent of patients who opt to discontinue opioid treatments due to adverse side effects. Prior to the enactment of the Alternatives to Opioids Act, she was forced to source her cannabis from unregulated sellers, meaning she rarely knew the true strain or origin of her pot.

“I’ll actually know what I’m getting now,” Altman told the Tribune, a rather heartbreaking bellwether for victory when one realizes that a change in federal law would afford every U.S. citizen the same peace of mind. 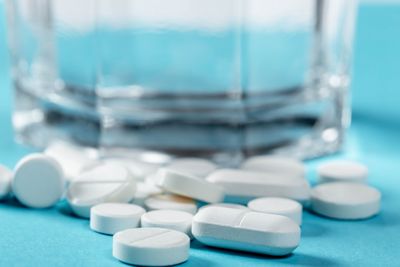 At present, there are several bills making their way through Congress that, if passed, would end federal cannabis prohibition. In the interim — and given the uncertainty of national politics at the moment — other states where the opioid crisis has struck hard should be asking themselves why they aren’t following in the footsteps of Illinois.

According to the National Institute on Drug Abuse, New Hampshire has the second highest rate of opioid-related overdose deaths in the country. In 2013, the state legalized medical marijuana. In 2017, possession of small amounts of cannabis was decriminalized. Given this trajectory towards cannabis acceptance, why is Governor Sununu so hesitant to embrace the possibility that pot may be the path that leads his state out of a health crisis?

The discord of experts is likely a major factor.

In a paper published earlier this year in the Journal of the American Medical Association, Keith Humphreys, PhD, and Richard Saitz, MD, MPH, make the argument that there is insufficient evidence to suggest that cannabis can be utilized as an alternative to synthetic opioids like methadone and buprenorphine that are often prescribed to those wishing to end dependencies on prescription painkillers and heroin.

“For the opioid addiction crisis,” they write, “clearly efficacious medications such as methadone and buprenorphine are under-prescribed. Without convincing evidence of efficacy of cannabis for this indication, it would be irresponsible for medicine to exacerbate this problem by encouraging patients with opioid addiction to stop taking these medications and to rely instead on unproven cannabis treatment.”

In another study published earlier this year, Lafayette College researchers Susan Averett and Emily Smith found “little evidence” that medical marijuana laws correlate with reduced opioid death rates. They did, however, find that such deaths may be reduced in areas where a legal cannabis dispensary is present.

As a counterpoint, a 2017 University of New Mexico study published in PLOS One found that “over 80 percent of respondents significantly reduced their opioid use with the aid of cannabis.” Furthermore,  in 2018, researchers from the University of California San Diego concluded that if every U.S. state had legalized medical cannabis by 2014, “Medicaid annual spending on opioid prescriptions would be reduced by $17.8 million.”

Overall, a number of studies on the subject often point to a lack of research or proven metrics as a reason to exercise caution when it comes to programs like the one in place in Illinois. Unfortunately, such research is extremely difficult — if not outright impossible — to come by.

While cannabis remains illegal at a federal level, the funding often required to undertake substantial and conclusive studies is unlikely to materialize. There is some hope that Canada’s recent decision to legalize cannabis across the country may ultimately prove invaluable as a source of comprehensive, definitive research on pot’s medical applications, but the fact of the matter is that 191 million opioid prescriptions were dispensed to American patients in 2017. With that many lives at risk, there is simply no time to wait.

“Other states would definitely benefit from having a program where medical cannabis can be used as an alternative to opioids,” agrees NORML’s Dan Linn. 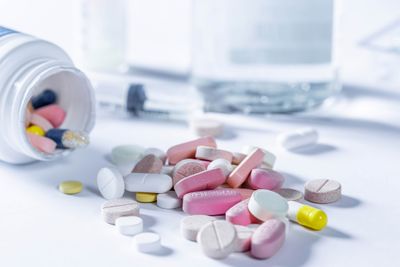 Given there is already an overwhelming amount of damning research laying out the dangers of opioids, it seems illogical to dismiss the viability of cannabis simply because we don’t have all the facts. When you reach the point where the approved option carries the risk of profound addiction or death, what is there to lose by trying literally anything else?

This is why Altman was willing to risk breaking the law, and why Illinois should be applauded for taking a risk in service of its citizens. If evidence is the guiding factor, how are 700,000 deaths from opioids in the United States between 1999 and 2017 not the only numbers required to realize that we no longer have the luxury to dismiss any solution that might help?

Ultimately, the “unknowns” that public figures like Gov.  Sununu continue to employ as boogeymen in their arguments against cannabis pale in comparison to the hard fact that opioids are claiming American lives in record numbers. No one is suggesting that cannabis alone can bring an end to this dark chapter, but if it has the potential to positively aid in the battle against opioids, what’s the harm?

MEDICINE
HEALTH
MEDICAL MARIJUANA
ILLINOIS
MORE...
Zack Ruskin
FOLLOW
Zack Ruskin is a cannabis and culture journalist living in San Francisco. Follow him on Twitter: @zackruskin.
Share this article with your friends!
AD
By using our site you agree to our use of cookies to deliver a better experience.
Accept
Decline
MORE FROM MERRY JANE