HEALTH
How Do You Know If Your Cannabis Products Are Safe?
AD
In an era of vaping-induced deaths, how can weed lovers ensure that they're consuming safe pot products? We have a few tips and tricks to help keep your lungs healthy and your high clean.
Published on October 22, 2019

As the number of people with vaping-induced lung illnesses continues to rise, many consumers are beginning to question the safety of their cannabis products. So far, nearly 1,500 people have fallen ill and at least 33 have died from what’s being called vaping-associated pulmonary injury (VAPI), or more recently, e-cigarette or vaping product use-associated lung injury (EVALI).

But beyond the link to vaping, health officials are still struggling to find a definitive cause of the illness outbreak. Theories have included cannabis oil additives such as vitamin E acetate or contaminants including harsh chemical pesticides or heavy metals. But the true cause has yet to be pinned down.

Scott Benson, the CEO of Apex Extractions in California, believes that when the cause is eventually determined, the findings will be consistent with the thousands of years of safe cannabis use experienced by humankind.

"My thought is that it's a combination of factors that aren't in the natural cannabis product itself, such as pesticides, potentially vitamin E,” he told MERRY JANE. “And when you combine all of those elements together and put heat to them, I don't think we know what happens."

Benson notes that the vast majority of EVALI cases have occurred in states that don’t have legal cannabis frameworks in place. In other words, the products were sourced from illicit or unregulated sources. The best way for consumers to ensure their safety, he says, is to buy from a licensed retailer. At Apex, flower is tested before extraction, then the cannabis oil is tested during production, and once again for state-mandated compliance testing.

"By the time the final product gets to the consumer, it's been tested at a minimum three times," he said. "We feel confident that the product is safe at that point."

With the news of the rash of illnesses, however, it’s clear that many cannabis users are changing their habits. David Alport, the owner of Bridge City Collective in Portland, told USA Today that he saw a drop in vape cartridge sales of more than 30 percent after news of the health crisis broke.

"It's having an impact on how consumers are behaving," he said. "People are concerned, and we're concerned." 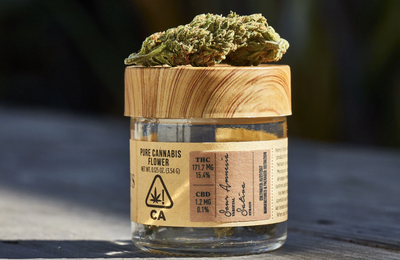 Flower and Edibles Also Have Risks

But consumers who switch from vaping to other methods of consumption need to realize that other cannabis products — including flower and edibles — can carry health risks of their own. These products can be contaminated with mold, yeasts, and several types of bacteria including Salmonella and E. coli.

Jill Ellsworth, the founder and CEO of Denver-based Willow Industries, says that products with microbial contamination can be particularly dangerous for medical marijuana patients with compromised immune systems.

"You do not want to inhale dangerous mold spores into your lungs,” she said, “specifically a mold called aspergillus.”

To protect consumers from the dangers of microbial pathogens, Ellsworth’s company offers Willow Pure, a system that uses ozone to eliminate mold, yeasts, and bacteria from cannabis flower. The process can be used as remediation for flower that’s failed lab testing for microbial contamination and is used by some cultivators for all harvests to ensure safety — a practice she would like to see adopted by the entire industry.

Gallery — This Is What Fake Vapes Actually Look Like:

"The goal was to implement very standard processes like you see in food and beverage,” said Ellsworth. “Your food is pasteurized. Your beverages go through a pasteurization process, so we wanted to implement that in cannabis."

The Willow Pure process degrades microbial contaminants with ozone without affecting the quality of the flower, she explained. Tests have shown that the color, structure, and cannabinoid and terpene profiles of the buds are all preserved.

The equipment to complete the decontamination can be leased from Willow by cultivators in 13 states, with machines capable of handling five, 20, or 40 pounds of cannabis at a time. Ozone gas used in the process is converted to oxygen, and safety features ensure that no ozone is released to the atmosphere.

Ellsworth says the cost of using the system should have a “negligible” effect on retail prices of cannabis products, costing $20 per pound or less, depending on the amount of product being treated and other factors.

"It's not adding much to your bottom line, but it's an insurance policy,” she said. “It's insuring that the product going out to the consumers is safe and clean." 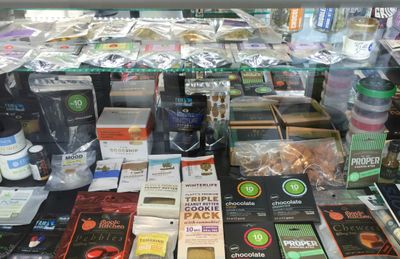 To help protect consumers from the health risks that can be present in some cannabis products, licensed testing laboratory CannaSafe in Van Nuys, California, has developed a list of tips to keep in mind. Aaron Riley, the president of CannaSafe, gave MERRY JANE a rundown on the safety checklist and explained the importance of each item on it.

"Buying from a licensed shop ensures that you're buying a product that's been subjected to the state regulations," Riley said. He recommends that consumers get comfortable asking shops for their license number to verify online through state regulators.

On the flip side, it’s important for dispensaries to have this information handy for employees to access. Licensed shops (and manufacturers, for that matter) should be ready and open to discussing this information with any inquiring patient or customer because, ultimately, it will prove their business is fully legit.

Do your research! Check out a product brand’s website, social media presence, and press to be sure you’re buying from a company that has a good reputation in the industry — and with other consumers. "When people have a brand at stake, they're gonna do the extra things like make sure that their product is up to quality, make sure it's consistent, make sure it's been tested," said Riley.

It’s also important to note that legitimate brands will always state that they’re legal. Their license information won’t be hidden. If for some reason you’re unsure about a brand’s legality, you should reach out to them via email and ask. If they give you attitude or don’t respond, you can assume they aren’t licensed. Any brand that’s licensed usually flaunts this stamp of approval, or they’ll be happy to answer your question with proper verification. 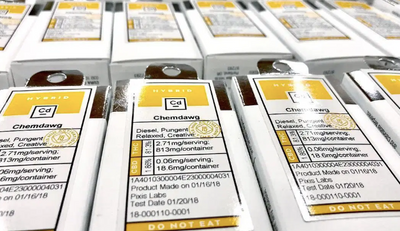 Check the Packaging for Testing Information

Look for the potency of THC and CBD, as well as terpene content. Labels should also have strain names and dates of cultivation and analysis. If you’re still unsure, you can fact-check the results online via the lab’s website.

But if lab testing information is missing on any product, you know it’s from the illicit market. Be aware that some black market vendors have learned how to fake lab testing results. So, once again, the only way to truly know if your product is legit is if it comes from a licensed dispensary.

Check the Certificate of Analysis (COA)

Many product packages will include a QR code that links to the COA. If not, ask the retailer if they have a copy on hand. Check that all required tests were passed and verify that the product photo is consistent with what you’re buying. 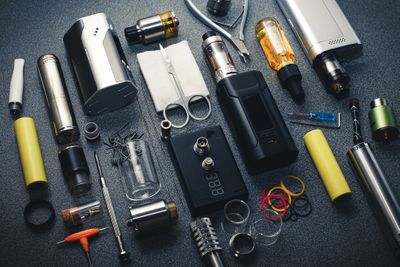 The lab used by cannabis manufacturers should also be licensed by the state. If the lab is also accredited by a third party, you can be more confident that high industry standards are being followed.

Following these simple tips can help consumers keep themselves safe from the dangers of contaminated cannabis products in jurisdictions with legal pot. But many areas of the United States (and around the world) haven’t hopped on the legalization train yet. With dozens of deaths (allegedly) attributed to black market operators, perhaps more lawmakers will come to the realization that a regulated market of safe cannabis products benefits all of society — not just consumers.

HEALTH
SAFETY
LEGALIZATION
BLACK MARKET
MORE...
IN THIS STORY
CBD
Click to shop at our CBD store
A.J. Herrington
FOLLOW
A.J. Herrington is a freelance writer focusing on cannabis news, business, and culture and has written for publications including High Times, Sensi, and HEMP. When he's not banging away at the keyboard, you'll probably find him tending to his plants in the garden.
Share this article with your friends!
AD
By using our site you agree to our use of cookies to deliver a better experience.
Accept
Decline
MORE FROM MERRY JANE