HEALTH
How CBD Made My Struggle with Lyme Disease Infinitely More Bearable
AD
"I couldn’t believe the results. I had the energy to go for walks, get out of the house more, and I didn’t feel my fatigue dramatically increase throughout the day. I felt like I could see everything a little clearer."
Published on December 5, 2018

When I was diagnosed with chronic Lyme disease at 12-years-old, an unexpected emotion of relief coincided with it.

It was an experience that I later learned was far too common among women and girls, where the questioning and disbelief of our symptoms leads to months or years of undiagnosed and misdiagnosed health problems. At the time, my diagnosis offered hope that I would be able to get better. I was suffering from debilitating fatigue, muscle and joint pain, chest pain, headaches, cognitive difficulties, dizziness, trouble sleeping, and other symptoms that doctors struggled to put a name to. But, after trying a range of treatments, including antibiotics, supplements, and homeopathy, I found that sense of relief deteriorating into frustration and hopelessness.

Nine years later, the discovery of medical cannabis would reignite the feeling that maybe I really would be able to get better. If only I had known about it sooner.

My experience navigating doctors and searching for treatment was, unfortunately, not unique. Not only were other girls and women across the world finding themselves bedridden with a range of similar symptoms, but their doctors were telling them their symptoms were “all in their head,” too; that they were really “just depressed” and “should try to get out of the house more.” It was as if medical professionals across the globe were reading from the same script: How to Dismiss Women and Girls Who Are in Pain.

I subsequently learned, however, that this has been going on for centuries. 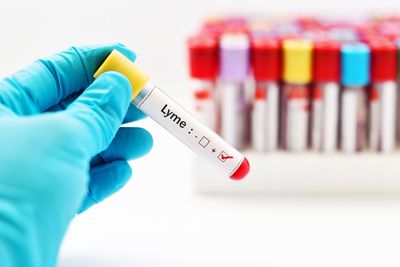 As early as the 1600s, women were being diagnosed with medically-unexplained “hysteria,” with symptoms ranging from paralysis and hallucinations to insomnia and shortness of breath. Women were advised treatments as outrageous as sexual stimulation and marriage, and by the 1800s it was regarded as a psychological disorder. As Maya Dusenbery explains in her 2018 book Doing Harm, many women were given this diagnosis because their doctors were unable to measure a cause for their symptoms, and even with all of the technological advances and scientific discoveries made over time, this is still happening today.

“The terminology has morphed — from hysteria to ‘somatization,’ and from conversion disorders to ‘medically unexplained symptoms’ — but the idea has remained remarkably unchanged. And the idea that women are especially prone to such psychogenic symptoms has endured too,” writes Dusenbery.

In more recent years, many alarming studies have shown a striking difference in how men and women are treated when it comes to health concerns and doctors visits. Multiple studies have found that men are prescribed painkillers more often than women, and a 1982 study found that women were in pain for a longer period of time than men before being referred to a specialist. A 2001 study in the Journal of Law, Medicine & Ethics concluded that women’s reports of pain are taken less seriously than men, that women are more likely to have their symptoms deemed emotional or psychogenic, and that women are more likely to be assumed to not be in pain if they are more physically attractive.

When it comes to illnesses that are difficult to diagnose, the gender bias can have an even more harmful impact. If you have a widely-recognized and easily-detectable disease, for example, it’s more likely that you will receive a diagnosis, because there is already-established diagnostic criteria in place. But if you have a condition that is not yet well understood and that doctors aren’t as educated on, you are often left with nowhere to turn when doctor after doctor assures you there is nothing physically wrong. In these instances, many women are left with no choice but to take their treatment into their own hands. 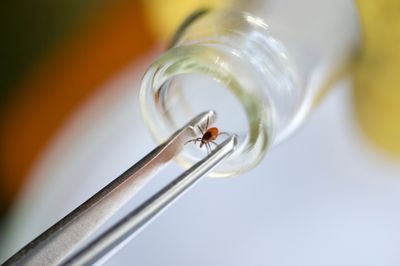 That is exactly where I found myself after years of battling Lyme disease. I had exhausted all of my immediate options and ended up sitting in small offices with naturopaths or homeopaths that I was skeptical of, but who guaranteed they would have me symptom-free within a few months. When I read about CBD helping relieve the symptoms of chronic Lyme disease, I was inclined to try it, since smoking marijuana had already helped with my muscle and joint pain.

My nutritionist recommended CBD oil liposomes, which act as carriers that transport CBD efficiently throughout the body. At first, I didn’t feel any effect, but I continued to increase the dose until I felt a difference. Once I found my dose, I couldn’t believe the results. I had the energy to go for walks, get out of the house more, and I didn’t feel my fatigue dramatically increase throughout the day. I was full of motivation and excitement. I felt like I could see everything a little clearer.

It’s unfortunate that many patients have to take treatment into their own hands when they are already dealing with the stress of navigating life with a complex chronic illness. K. Leonard, 44, said she had to push her doctor to even test her for Lyme disease. When she finally tested positive two months after first getting sick, she was put on long-term oral antibiotics that did not seem to help. Leonard was luckily able to see a Lyme literate doctor three years later. “[She] encouraged me to research various treatments. Although she understood the basics of Lyme disease, she also knew that it was under-researched, and that many Lyme patients were finding success with extra-medical or alternative treatments.”

After coming across CBD in her research, Leonard spoke to her neurologist, who encouraged her to give it a try. She then went to a medical marijuana dispensary in Colorado for advice on what to take. “While I couldn’t get a prescription because I wasn't a Colorado resident, the dispensary staff were very thorough in going over my Lyme disease symptoms and my [treatment] options. I had not previously tried any other form of cannabis,” she says.

Leonard now takes 10mg of CBD oil twice daily. “It completely eliminates the low-to-medium grade nausea I often have early in the day, and helps reduce inflammation-caused pain in my joints, back, and chest,” she says. “I had been taking a lot of painkillers before sleeping at night, but then I began taking the oil before bedtime, and now I don’t need the painkillers as often to sleep comfortably.” 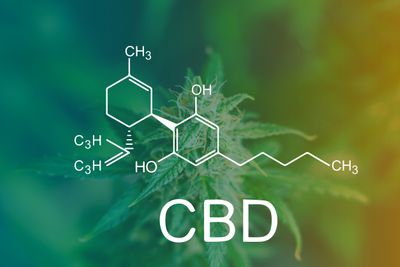 Dr. Marty Ross, who has been working with medical marijuana since the late 1990s and has been treating Lyme disease since 2004, explains that cannabis works by interacting with our body’s natural ‘marijuana system,’ known as the endocannabinoid system. The endocannabinoid system is distributed throughout our body and has ‘receptors’ (molecules that are activated by CBD) in the brain and organ systems, with the two major chemical receptors being CB1 and CB2.

“CB1 receptors are found on many organs, including the brain and the nervous system. They regulate the release of neurotransmitters in the brain,” Dr. Ross says. CB1 receptors are also responsible for psychoactive effects of marijuana, such as euphoria, and impaired memory.  “CB1 [helps] regulate the heart and blood vessels, energy, thinking, memory, emotions, pain, muscle control, sensory regulation, the intestinal system, and much more.”

CB2, on the other hand, is primarily anti-inflammatory, and regulates the immune system. “These receptors are found on a variety of white blood cells including B cells that make antibodies, T cells that fight Lyme disease, and on macrophages that fight viruses.” Dr. Ross says that regulating CB2 (which you can do with a cannabinoid receptor antagonist, meaning a drug that prevents CB2 receptors from being activated) can lead to the improvement of Lyme symptoms. This is because T cell receptors have been found to interact with molecules of Lyme disease, causing an activation of T-cells that produces inflammatory molecules, resulting in joint pain. Regulating CB2 can therefore regulate pain by reducing that inflammation.

In his practice, Dr. Ross found that patients’ responses to medical marijuana can vary, but he has seen mainly positive reactions when cannabis was used to treat nausea, tremors, anxiety, depression, and stiff muscles, among other conditions. The best improvements he’s seen, however, have been with pain control, treatment of insomnia, and seizure management. “In these situations, I tend to find products [with] higher THC content work better than those higher in CBD,” he says. 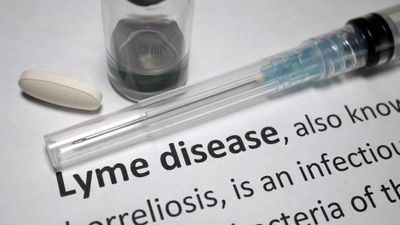 Susan Pogorzelski, 35, added CBD oil to her regimen of oral antibiotics and supplements, which had previously helped her reach remission for Lyme. After relapsing, she hoped CBD oil would help relieve her brain fog — a common symptom of the disease.

“I soon noticed that the physical pain had lessened, my sleep was more restful, and I had improved mental clarity,” she says of her experience. Pogozelski had to try a few different types of oil before finding one that worked for her, which turned out to be from Complete Body Defense, a company run by her friend, Nick Risden, who also has Lyme disease. “It hasn’t let me down,” she says. “I notice a difference in my symptoms when I don’t take it versus when I do.”

There are countless different types of cannabis oils on the market, and I’ve also benefited from hemp tea for relaxation and sleep, hemp massage oils and salves for painful joints, and CBD pre-rolls to help fall asleep and relieve pain. There are many other products worth researching if you’re interested in how CBD or medical marijuana can make a difference in your life.

“It’s unfortunate but true that women really must become their own best advocates for their health,” says Leonard. “We need to do research, talk with specialists in ‘alternative’ therapies, vote for the legalization of cannabis and the funding of cannabis-related medical research, and educate ourselves and our doctors.”

There is currently no treatment for chronic Lyme disease that is proven to work for every patient, but CBD and medical marijuana can offer a significant step in the right direction. And as marijuana legalization increases across the US and globally, hopefully more people will have access to this powerful, life-changing medicine.

CBD
MEDICINE
LEGALIZATION
WOMEN
MORE...
IN THIS STORY
CBD
Click to shop at our CBD store
Olivia Spring
FOLLOW
Olivia Spring is a writer from New York City currently living in Norwich, England. Her work has been published in Marie Claire, A Women’s Thing, Polyester, and Luna Luna, among others.
Share this article with your friends!
AD
By using our site you agree to our use of cookies to deliver a better experience.
Accept
Decline
MORE FROM MERRY JANE