HEALTH
Here Are All the Benefits of Weed, Vol. 1: Mental Health, IBS, and Chronic Pain
AD
It's true: weed makes the world a better place. And it does so by increasing our health and wellness, including reducing anxiety, stress, depression, and pain associated with Crohn's disease and IBS.
Published on November 6, 2019

For millennia, humankind has turned to cannabis to improve their quality of life, both physically and spiritually. Evidence from tombs in China suggests that people were burning cannabis high in THC as early as 2,500 years ago as a part of religious rituals. It has also been used to treat a myriad of health problems for centuries, if not longer.

Today, as the legalization of marijuana takes hold, research into the possible benefits of the plant is ramping up at a feverish pace. And while many more studies need to be done, clinical trials and other research is beginning to reveal the benefits of weed on our body and mind.

That’s why we decided to write a few articles about the plethora of ways in which the plant impacts our health and wellness. This edition will discuss the benefits of cannabis on mental health, digestive health, pain, and bone and joint health. 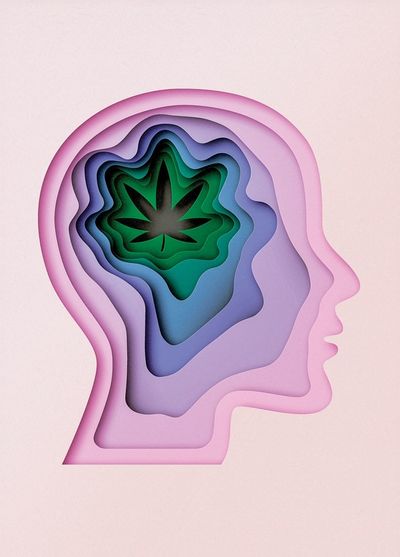 For many cannabis users, the herb’s attraction lies in its effect on the mind. Whether a relaxing buzz or a euphoric high, the psychoactive properties of marijuana can induce a pleasant state of wellbeing. This effect on the psyche has inspired research into the other potential benefits of weed on the brain and mental health.

A 2011 study found that CBD could help reduce anxiety and cognitive impairment in patients with generalized social anxiety disorder. The double-blind randomized study looked at 24 patients with untreated social anxiety disorder and divided them into two groups of 12: one that was dosed with 600mg of CBD, and another that was given a placebo. They were given their samples an hour and a half before analysis began and were then asked to give a four-minute speech — with only 2 minutes to prepare — on the public transportation systems in their cities. It’s no surprise that the 12 who took CBD demonstrated significantly less anxiety and discomfort, and no cognitive impairment compared to those who were given the placebo.

Another study published in 2007 determined that low doses of THC could serve as an effective antidepressant by increasing serotonin production. Onbe again, we need more research ASAP because not only was this study conducted on lab rats (which are vastly different than humans, if you didn’t know), the study also found that high doses of THC could potentially “worsen depression and induce psychosis.” But before you go all Reefer Madness on us, keep in mind that there have been a number of counter reports showing that there’s a lack of evidence around the claim that cannabis causes psychosis. So, what does all this mean? We need federal legalization so scientists are free to high-dive into cannabis research. Duh.

There’s also some evidence showing that cannabinoids could also help combat the negative effects of stress on the brain, according to a 2013 study. This is particularly important because there’s a stress epidemic happening in the US (and around the world) right now. Not only is stress the root of most minor and major health issues, but it’s also the foundation on which anxiety and depression are built. The main finding of this particular study on stress is that chronic cannabinoid administration can “prevent the impairing effects of chronic stress on memory and plasticity.” This is obviously great. But, like the depression study, this particular research on cannabinoids and stress was done on lab rats, which are not humans (if that wasn’t already clear, ahem). 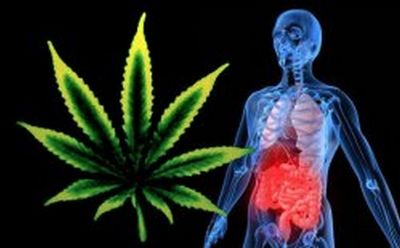 Marijuana also shows promise as a potential treatment for digestive issues and other internal conditions. Research published in 2011 found that a cannabinoid pharmaceutical drug known as dronabinol could benefit patients with irritable bowel syndrome by helping make bowel movements an easier process and generally improving the whole digestive process before having to go number 2.

Another study from 2011 showed that 21 out of 30 patients who used cannabis saw an improvement in symptoms of Crohn’s disease. In this particular observational study the researchers examined disease activity, use of medication, need for surgery, and hospitalization before and after cannabis use in 30 patients — 26 men and four women — with Crohn’s disease. Of the 30 patients, 21 improved significantly after being treated with cannabis. Also, the need for other medications was drastically reduced. Finally, 15 of the patients had 19 surgeries during an average period of 9 years prior to starting cannabis treatment. Only two required surgery during an average period of 3 years after starting a cannabis treatment regimen.

Cannabis has shown the ability to increase appetite, which could offer help to patients with AIDS, cancer, and anorexia nervosa. Two studies, one in 1988 and another in 1994, showed that study participants who used cannabis showed a significant increase in caloric intake. Interestingly, another study in 2012 determined that a cannabinoid cocktail of THC, CBN, and CBD had the opposite effect and could actually reduce the weight of obese rats. Researchers have also found an association with cannabis use and a lower incidence of diabetes. 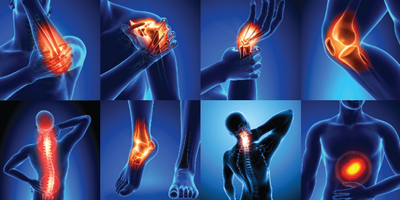 Numerous studies have shown that the benefits of weed include a reduction in pain and inflammation. A 2011 study found that vaporized cannabis resulted in a significant reduction in perceived pain in patients with neuropathic chronic pain. In fact, only a single inhalation of 9.4 percent THC flower three times daily for five days not only reduced the intensity of pain, but it also improved sleep and was well tolerated in patients.

Weed may also benefit patients with osteoarthritis by controlling pain and preventing the breakdown of cartilage in joints. Rheumatoid arthritis patients also saw a reduction in pain and suppression of disease activity with the cannabis-derived pharmaceutical Sativex. Other research has shown that cannabis therapies could aid patients with osteoporosis and degenerative disc disease.

So, what's the take away from all this? Cannabis helps a lot of people. But, federal legalization needs to happen so scientists have the freedom to high dive into cannabis research. So, be sure to vote! And, you should also talk with your city officials about getting a regulatory framework in place so access to quality, legal cannabis is available. Why? Because it benefits a lot of people — that we know for sure.

MUNCHIES
MEDICAL MARIJUANA
ANXIETY
DEPRESSION
MORE...
IN THIS STORY
CBD
Click to shop at our CBD store
A.J. Herrington
FOLLOW
A.J. Herrington is a freelance writer focusing on cannabis news, business, and culture and has written for publications including High Times, Sensi, and HEMP. When he's not banging away at the keyboard, you'll probably find him tending to his plants in the garden.
Share this article with your friends!
AD
By using our site you agree to our use of cookies to deliver a better experience.
Accept
Decline
MORE FROM MERRY JANE