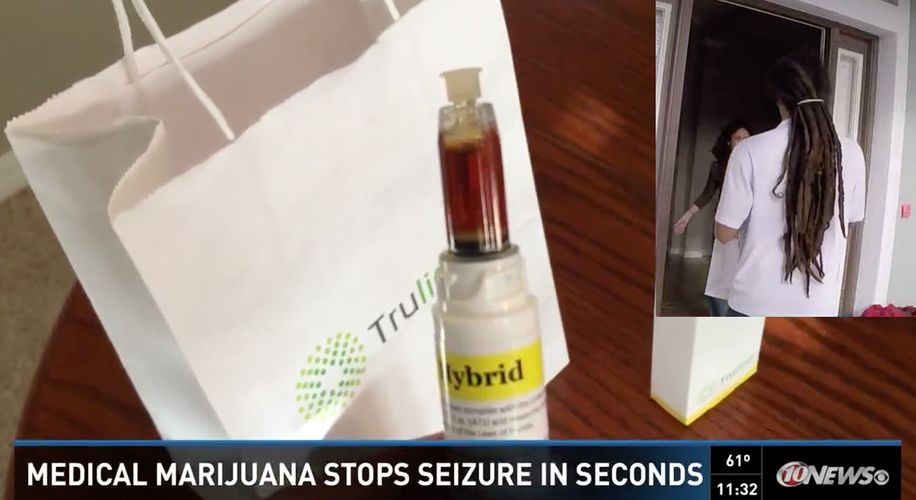 The mother of a an epileptic son is elated.

The mother of a an epileptic son is elated.

While Florida is one of the toughest states on cannabis, it just voted to legalize it in November for medical purposes. This gives patients access to an affordable and effective treatment for many conditions, including epilepsy.

Amendment 2 has allowed caregivers such as Renee Petro to receive two vials of a 200-milligram THC nasal spray for her son who suffers with epileptic seizures.  She is thankful for having received one of the first legal deliveries on Tuesday.

“Some people would call this a drug deal.  But in my eyes it’s hope,” she says optimistically.

Petro has recorded videos of her son receiving the spray and the miraculous effect it has on her son. Yet it still remains vilified by many who want more testing done.

“In the seven years that we’ve been dealing with seizures, nothing has stopped a seizure in its tracks,” she continued.

Amendment 2 has given patients so much hope, but the state has yet to be very clear about how it will be enforced. Some worry law enforcement will crack down on Amendment 2 , as the Department of Health has not clarified the specifics of it will be regulated in the market.

Trulieve is optimistic, as is their CEO Kim Rivers, who believes they will be allowed to continue to provide for patients as long as a doctor prescribes it.

“There is definitely confusion and we are among the chorus of voices asking for clarification,” she told WTSP.

Time will tell whether or not patients will continue to be allowed to use cannabis to heal what ails them.  The fact remains that the fight for acceptance and legalization is far from over but Amendment 2 puts the fate of the flower on the right path.