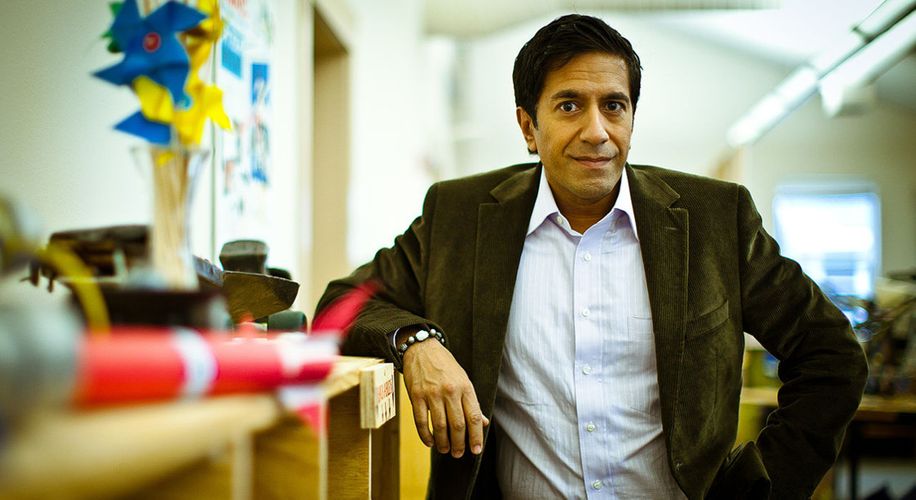 The famous neurosurgeon and CNN correspondent changed his mind about medical marijuana in 2013, and now he’s pushing Attorney General Jeff Sessions to do the same.

The famous neurosurgeon and CNN correspondent changed his mind about medical marijuana in 2013, and now he’s pushing Attorney General Jeff Sessions to do the same.

America’s premier medical reporter is trying his hardest to convince Attorney General Jeff Sessions to leave his anti-cannabis obsession in the past and embrace the all-natural medicine in order to combat the country’s deadly opioid epidemic.

In a new op-ed and corresponding video piece for CNN, neurosurgeon and medical expert Dr. Sanjay Gupta explores the nation’s opioid addiction crisis through the lens of medical marijuana, eventually calling out Sessions for his decision to continually insult and ignore the controversial plant and its ability to heal.

“Not only can cannabis work for a variety of conditions such as epilepsy, multiple sclerosis and pain, sometimes, it is the only thing that works,” Gupta wrote in the op-ed addressed specifically to AG Sessions. “I changed my mind, and I am certain you can, as well. It is time for safe and regulated medical marijuana to be made available nationally. I realize this is an unconventional way to reach you, but your office declined numerous requests for an interview, and as a journalist, a doctor and a citizen, I felt it imperative to make sure you had access to our findings.”

Dr. Gupta, who wrote a 2009 article for Time titled “Why I Would Vote No On Pot” famously changed his tune in 2013, when he began working with CNN to produce a documentary series simply titled “Weed,” accompanied by an op-ed headlined “Why I Changed My Mind On Weed.” Since then, Dr. Gupta has been one of the most vocal advocates of cannabis reform in both the media and scientific community.

For part four of his “Weed” series (airing Sunday, April 29th at 8pm ET), Dr. Gupta spent time with patients struggling with opioid dependence, addiction specialists, and countless doctors, all of whom reported real-world results aligned with numerous scientific studies finding that medical marijuana is an effective substitute for opioids as well as a treatment for addiction.

To make his point, Dr. Gupta reported personal stories of chronic pain sufferers who found relief from using cannabis that endless opioid pills couldn’t provide, and presented research from the National Institute on Drug Abuse (NIDA) which clearly illustrate declines in opioid abuse in states with legal cannabis programs. For every example in his op-ed, Dr. Gupta made sure to relate his arguments back to AG Sessions, who has time and again decried the nation’s drug addiction and overdose epidemic, but has never once offered any possible solutions outside of aggressive law enforcement.

“Cannabis can help treat pain, reducing the initial need for opioids,” Dr. Gupta wrote. “Cannabis is also effective at easing opioid withdrawal symptoms, much like it does for cancer patients, ill from chemotherapy side effects. Finally, and perhaps most important, the compounds found in cannabis can heal the diseased addict's brain, helping them break the cycle of addiction. Mr. Sessions, there is no other known substance that can accomplish all this. If we had to start from scratch and design a medicine to help lead us out of the opioid epidemic, it would likely look very much like cannabis.”

Still, no matter how strong Dr. Gupta’s case is, if Sessions’ reefer madness history is any indicator, it will take a minor miracle for the Attorney General to change his stripes on skunk. Before penning his latest cannabis advocacy article, Dr. Gupta said that Sessions refused multiple requests for an interview, refusing to take the time to discuss the potentially life-saving topic.