HEALTH
Does Weed Help With Nausea? Why Pot Settles Your Stomach
AD
Marijuana could be the answer to an upset tummy.
Published on October 12, 2015

In 2013, Detroit’s Metro Times followed a cancer patient’s use of medical marijuana. The patient, Anne, suffered from many side effects of chemotherapy—most notably nausea. After trying treatment after treatment, she finally found something that successfully subdued the painful side effects: cannabis.

While there is plenty of discussion around the benefits of marijuana with regards to pain relief and therapy, only a fraction of it is around the symptoms of nausea, and even less common is information on how cannabis can help. Here is how marijuana helps settle the stomach and relieve discomfort caused by nausea.

An upset stomach, or nausea, may have more to do with your brain than it does with your stomach. This is why doctors often ask if you feel nauseous after you bump your head in order to diagnose a concussion. Marijuana is a mind-altering substance, and as such, it can act as a mitigator for nausea. Much like with pain, the cannabinoids and THC sooth any sort of nauseous feeling almost immediately, just as Anne described to the Metro Times. 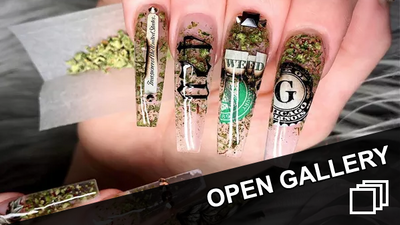 The use of cannabis to combat nausea isn’t a new phenomenon. The United Kingdom (UK) Department of Health administered a synthetic variant of THC to battle nausea back in 1983 and since then, patients have found that smoking marijuana is far more effective than other medicinal capsules.

The reason behind this is simple. According to the American Cancer Society (ACS), when taken orally, THC takes hours to absorb fully and therefore can not provide immediate relief. Smoking or vaporizing cannabis allows the THC to enter the bloodstream much faster and as a result it will inhibit nausea in your brain and settle your stomach within moments.

The ACS also notes that how THC is ingested affects the brain differently. If a pill is swallowed, it enters the digestive tract and is processed by the liver; when this occurs, a different psychoactive compound is released, and the reaction is less effective for battling an upset stomach.

With this in mind, let's revisit Anne’s case. Since nausea is a symptom that is normally reacted to rather than prevented against, it makes sense that she sought a medical solution that provided instant relief. Her other medication that had to be ingested took time to be processed by the liver before getting to her brain, therefore giving the nauseous feeling time to get worse and worse.

By receiving a safe and reliable remedy into her bloodstream as soon as the symptom occurred, Anne was able to fight off the nauseous feeling immediately. In her case as it is for many others, marijuana proved to be effective mitigator for an upset stomach.

NEWS
MEDICINE
HEALTH
SCIENCE
MERRY JANE Staff
FOLLOW
MERRY JANE is based in Los Angeles, California and is dedicated to elevating the discussion around cannabis culture.
Share this article with your friends!
AD
By using our site you agree to our use of cookies to deliver a better experience.
Accept
Decline
MORE FROM MERRY JANE