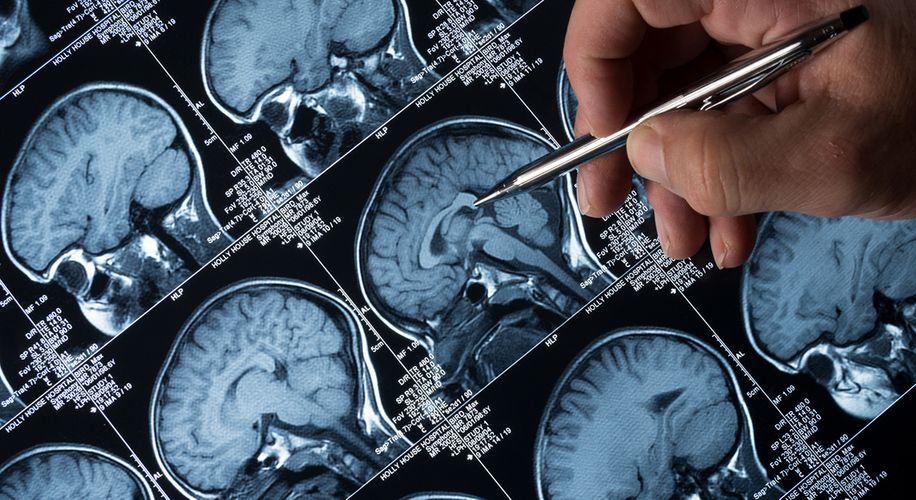 British Scientists Discover How CBD Can Fight Symptoms of Psychosis

Previous research has found that cannabis can treat symptoms of psychosis, but this new study explores the brain mechanisms that can actually explain why these effects occur.

Previous research has found that cannabis can treat symptoms of psychosis, but this new study explores the brain mechanisms that can actually explain why these effects occur.

Although anti-cannabis groups have long argued that regular marijuana use is a gateway to mental illness, a number of new scientific research studies are discovering that cannabis may in fact be an effective treatment for symptoms of these disorders, and not a cause. A new British study has confirmed previous findings that CBD can treat symptoms of psychosis, and has even taken a step further by using brain scans to identify how the cannabinoid affects the brain.

Numerous studies have reported a correlation between cannabis use and mental illness, and while some have hypothesized that pot use increases the risk of mental illness, more recent research has suggested that individuals suffering from disorders like schizophrenia may be deliberately seeking out marijuana to self-medicate. This hypothesis is further borne out by several new studies showing that cannabis, or individual cannabinoids like CBD, can indeed effectively treat many of these symptoms.

A team of scientists from King's College of London conducted a trial on 33 individuals who had been diagnosed with a clinical high risk (CHR) of psychosis, but had never received antipsychotic medication. These individuals, along with 19 healthy control participants, were divided into two groups – one which received 600mg of CBD, and one which received a placebo. Researchers then observed the participants' brain activity using functional magnetic resonance imaging (fMRI) scans while administering a verbal learning task.

Researchers found that the patients with psychotic symptoms had abnormal brain activity in three parts of the brain — the striatum, the medial temporal cortex, and the midbrain. The CHR patients who received CBD, however, evinced lower levels of activity in these regions. The level of abnormal brain activation in these patients was in between the level of the healthy patients and the CHR patients who did not take CBD. “These results suggest that cannabidiol may normalize dysfunction in these brain regions, which are critically implicated in psychosis, and this may underlie its therapeutic effects in psychosis,” the study authors wrote.

The study may have discovered a reason behind the confusion over whether or not cannabis can instigate or mitigate symptoms of mental illness. The researchers cite two previous studies that found that “the administration of a single dose of THC induced transient psychotic symptoms” in subjects. Researchers discovered that CBD was actually countering the abnormal brain activity caused by THC, and the fact that individual cannabinoids may have opposite effects on the brain may explain the confusion over whether or not cannabis use is a risk or a benefit to those suffering from mental illness.

“We knew from previous studies that CBD had antipsychotic effects, but we didn’t know how it worked,” lead author Dr Sagnik Bhattacharyya explained to The Guardian. Now that this preliminary trial has been a success, the King's College Institute of Psychiatry, Psychology & Neuroscience will conduct a larger, 300-patient trial to further explore CBD as an antipsychotic medication. “If the trial shows it has efficacy, then the next step will be to get through the regulatory hurdles of using CBD in the clinic to treat patients.”

“There is an urgent need for a safe treatment for young people at risk of psychosis,” Bhattacharyya said to The Independent. “The mainstay of current treatment for people with psychosis are drugs that were first discovered in the 1950s and unfortunately do not work for everyone. One of the main advantages of cannabidiol is that it is safe and seems to be very well tolerated, making it in some ways an ideal treatment.”