HEALTH
Ask a Pot Doc: The Connection Between Placebo Effects, Endocannabinoids, and Hope
AD
In the latest edition of our advice column on medical marijuana, Dr. Allan Frankel explains the the human body’s capacity for self-healing via natural cannabinoids.
Published on August 2, 2018

Frankly, marijuana doctors don’t always have the best reputation. Before the days of recreational cannabis, getting a medical marijuana recommendation from a strip-mall “420 doc” was often the only way to legally access the sweet leaf (in states that allowed it).

Now, as public acceptance of the plant grows through the expansion of medical and adult-use cannabis programs across America, a wider range of medical professionals are taking marijuana seriously as a treatment for epilepsy, brain damage, chronic pain, and a number of other ailments. More so, the science behind marijuana as medicine is evolving rapidly, with research institutions and Big Pharma making large investments in learning more about the medicinal power of pot. Forget about picking some Bubba Kush to help you sleep — now doctors are breaking down cannabis into its chemical components to find new medications and therapies personalized for individual patients.

Dr. Allan Frankel is one of these pioneers. As the founder of GreenBridge Medical in Santa Monica, California, Dr. Frankel is on the cutting edge of cannabis medicine, developing treatment plants for his patients that entail measured doses of particular cannabinoids targeted towards specific maladies. In doing so, Dr. Frankel aims to give patients an experience closer to that of a traditional doctor’s visit, but without the numerous side effects of conventional pharmaceuticals and procedures.

In his latest column for MERRY JANE, Dr. Frankel explains how the human body’s natural system for processing cannabinoids plays a big role in our general sense of well-being, as well as his thoughts on how hope is just as critical for healing as any medication...

When we think of the “placebo effect,” we think of an effect that is “imagined”: for example, such as when a patient feels better after an IV is started, but before any medication is given. Or in the 1950s, when a child had an acute asthma attack, ambulances would often be sent to transport the child to the hospital. It was very commonly noted that the child’s breathing improved before any care was administered. Reassurance and a hug seemed to help the child breathe.

So, in these two instances, “nothing” was given but the patient improved. Of course, in fact, so much was given.

There have been reports of sham surgeries of the knee showing the same results as opening the knee and closing it without any repair.

In all these situations, no direct care is given, but there are significant changes in how the patient feels. Is this a placebo? I suppose it is, but I have learned to count and rely on this effect in medicine and life. 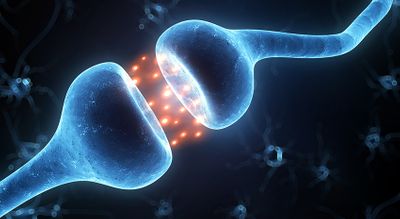 The endocannabinoid system is directly or indirectly involved in most of our bodily functions, which helps explain why cannabinoids have such far-reaching effects. One of these results, particularly related to anandamide, is the function of the placebo effect. When we are feeling better with clearer breathing, slower heart rate, etc., it is largely from increased tone of our endocannabinoid system and specifically elevation of our anandamide level. Anandamide plays a large role in cancer surveillance and is a part of the anti-cancer effects of cannabis.

Studies have been done measuring anandamide and 2-AG levels in cerebrospinal fluid. Patients with endocannabinoid deficiency have low anandamide and 2-AG levels, which can be elevated with CBD treatments. An “endocannabinoid deficiency syndrome” is now well established as described by Dr. Ethan Russo as a cause of many diseases.

When we are told, “Everything will be okay,” we feel better. Our endocannabinoid levels are most likely elevated, and this very likely promotes healing and wellbeing. Our breathing is better, our pulse is more regular, and we are less anxious.

I often speak with physicians about how critical “infusions” of hope are for the well-being of the patient. The more I study this area of medicine, the more critical it becomes. The physician cannot mislead the patient or family, but he or she can — and I believe is obligated to — help the patient and family maintain hope. After nearly 40 years of private practice in internal medicine, I have no doubt that this is a major responsibility of the physician. Every physician has seen patients do way better and sometimes way worse than they expected. We should not be in the business of giving out “life sentences” of one month or two months to live. Patients surprise me all the time, and with any given patient there are just way too many variables and unknowns to be able to give out such life sentences to our patients.

The “hope” infusion needs to be an integral part of the patient-physician relationship. I sometimes struggle with what I am going to tell a patient as the end of the visit approaches. The patient will do better with some encouragement. However, when a physician is delivering a message of hope, the physician must not be glib or insincere. He or she must also be honest.

The physician can make statements such as “I have seen a number of patients more ill than you who are doing well”, if this is actually a true statement. I often find myself stating, “I really believe you will do very well.” Patients hug me for just making this very simple comment. They tell me that they were desperate for some “hope,” and this simple positive statement, with a smile, goes a long way. Patients often hang on every word a physician says — particularly when very ill.

Again, we cannot mislead patients or present unrealistic outcome possibilities, but we can do a lot better. We must do better. One area that deserves attention is the care and maintenance of our endocannabinoid system. With the combination of a little bit of cannabis oil and a lot of hope, I offer my patients a new approach to their health and well-being.

This piece was originally published on Dr. Frankel’s blog, which can be found at GreenBridge Medical’s website.

420
MEDICINE
HEALTH
SCIENCE
IN THIS STORY
CBD
Click to shop at our CBD store
Dr. Allan Frankel
FOLLOW
Dr. Allan I. Frankel is an internal medical doctor and one of the world’s leading authorities on dosed cannabis medicine. With over 35 years experience in Internal Medicine, Dr. Frankel applies his knowledge of all aspects of the cannabis plant and its therapeutic value to the treatment of multiple serious medical conditions. Learn more about his practice at www.greenbridgemed.com.
Share this article with your friends!
AD
By using our site you agree to our use of cookies to deliver a better experience.
Accept
Decline
MORE FROM MERRY JANE