HEALTH
All the Benefits of Weed, Vol. 3: Cancer, Epilepsy, and Sexual Health
AD
Cannabis has a number of medicinal benefits, from reducing tumor size and enhancing liver health to easing seizures. Here's a shout out to the myriad ways in which the plant benefits our bodies and minds.
Published on January 14, 2020

As we learned in the first two installments of this series, scientific research shows that weed does a body good — real good. In Volume 1, we explored cannabis’s effect on cognition, mental wellness, pain, bones and joints, as well as digestive and internal health. In Volume 2, we looked at the impact cannabis has on cardiovascular health, neurodegenerative diseases, migraines, and fibromyalgia.

In Volume 3, we’ll look into how marijuana can affect patients dealing with cancer, asthma, liver disease, sexual difficulties, and other health issues. 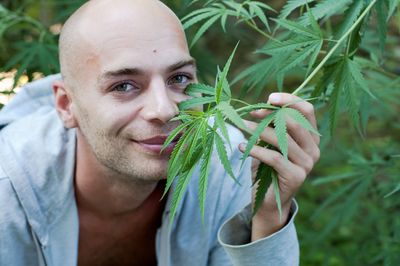 The Answer to Cancer Is Weed

There are tons of studies looking at the plant’s ability to treat cancer. It may be the most studied aspect of cannabis. Last year, Israeli researchers announced that several weed extracts showed promise of fighting cancer. The research looked at 12 types of cancers and how different cannabis extracts impacted those cells. Although some of the extracts showed little or no effect on the growth of cancer cells, three (out of 12) showed a 37 to 51 percent reduction in tumor size. Extracts high in THC appear to be the most promising anti-cancer formulations.

A 2013 study found that when combinations of cannabinoids are used together, they can synergistically inhibit the growth of leukemia cells. Research published in 2006 also indicated that cannabinoids can hinder the growth and spread of pancreatic cancer in animals.

An Italian study in 2011 looked at mice with colon cancer and found that CBD reduced polyps and tumors, and protected DNA from getting damaged by oxidation. In a 2015 study, CBD was also found to inhibit tumor growth in triple-negative breast cancer, one of the most aggressive forms of the disease. And, in 2014, research demonstrated that THC and CBD could stop the growth of cells in glioma, one of the most aggressive forms of brain cancer. It's worth noting that cannabinoids were particularly effective when combined with traditional radiation therapy treatments.

European research published in 2013 found that anandamide, the endocannabinoid analogous to THC, inhibited the growth of tumors in patients with melanoma, an aggressive form of skin cancer. Along with ingesting it, topical application is the best way to treat various forms of skin cancer.

Then, in 2015, an analysis of nearly 85,000 medical records revealed that weed use was associated with a 45-percent reduction in bladder cancer. This analysis only looked at men's medical records, however. Moreover, a Spanish study published in 2009 found that a synthetic activator of the CB2 receptor stopped the growth of prostate cancer cells in mice.

So, we know that cannabis can be effective at fighting cancer cells and tumors. But, let us not forget another well-known benefit of weed for cancer patients: Its ability to relieve nausea and vomiting, two debilitating side effects of chemotherapy. It can also help stimulate cancer patients’ appetites, allowing them to eat food and restore their vitality. 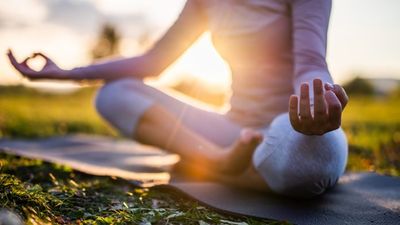 The benefits of weed also extend into other aspects of internal health, too, from liver health and bladder wellness to treating eye conditions. In fact, cannabis is an ideal tool for achieving overall holistic health. For example, a study in 2011 shows CBD can induce the death of hepatic stellate cells, a major factor in the growth and development of liver fibrosis.

In 1976, a study found THC aerosol to be an effective bronchodilator, as it significantly improved lung function in patients with asthma. A lot of people argue that cannabis is bad for the lungs, but when used in the proper forms, it can potentially be very helpful.

A study in 2015 found that cannabinoids can reduce seizures in patients with epilepsy, particularly the forms that are resistant to traditional therapies. Dravet syndrome and Lennox-Gastaut syndrome are two of the most well-known forms of treatment-resistant epilepsy. Devastatingly, these illnesses mostly impact children, as most who have these horrific conditions usually don't live into adulthood. But, there are a number of kids and families who live semi-normal lives thanks to cannabis's impact on seizures.

Another popular use of medical marijuana is treating glaucoma, one of the leading causes of blindness worldwide. For decades, people with this eye condition have used cannabis to manage the painful symptoms. A study published in 2004 found that cannabinoids can be effective in reducing interocular pressure, which can range from annoying to debilitating pain for those with the condition. Cannabis, thankfully, is among few treatments that actually provide relief. 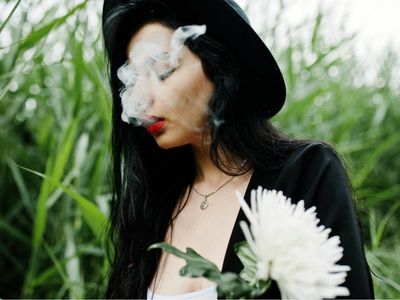 Cannabis Can Treat Diseases and Improve Your Sexual Health

The health benefits of weed also extend into sexual wellness. Research shows that cannabis use can lead to an initial increase in libido for men. Although, it should be noted that chronic use can actually lead to a decrease in libido. So, keep that in mind before you get too stoned to bone.

Other potential medical uses of cannabis include the treatment of infectious diseases such as malaria and herpes.

Although this article series has listed many of the studies exploring the health benefits of weed, it is by no means exhaustive. There have been tens of thousands of scientific papers written on the subject, and more research — spurred by the spread of legalization — is coming. And we need it, particularly human trials. That’s when we’ll start seeing hard data about all the benefits of weed.

HEALTH
RESEARCH
MEDICAL MARIJUANA
CANCER
MORE...
IN THIS STORY
CBD
Click to shop at our CBD store
A.J. Herrington
FOLLOW
A.J. Herrington is a freelance writer focusing on cannabis news, business, and culture and has written for publications including High Times, Sensi, and HEMP. When he's not banging away at the keyboard, you'll probably find him tending to his plants in the garden.
Share this article with your friends!
AD
By using our site you agree to our use of cookies to deliver a better experience.
Accept
Decline
MORE FROM MERRY JANE